By Madrina (self meida writer) | 24 days

Please click the follow button above screens to stay updated with our latest articles on this platform. Recently, news broke out that a bike man allegedly stabbed a man in his throat after a heated argument with the man's mother In law over payment issues. Warri Aproko reported the incident on their Facebook timeline this morning 13th — 04 2021.

According to their post, the victim's mother-in-law took a bike from Ogharaki Express to Ogharaki in Warri, Delta State. However, upon reaching her destination, She began to argue with the bike man over payment price which later resulted in the unfortunate incident. 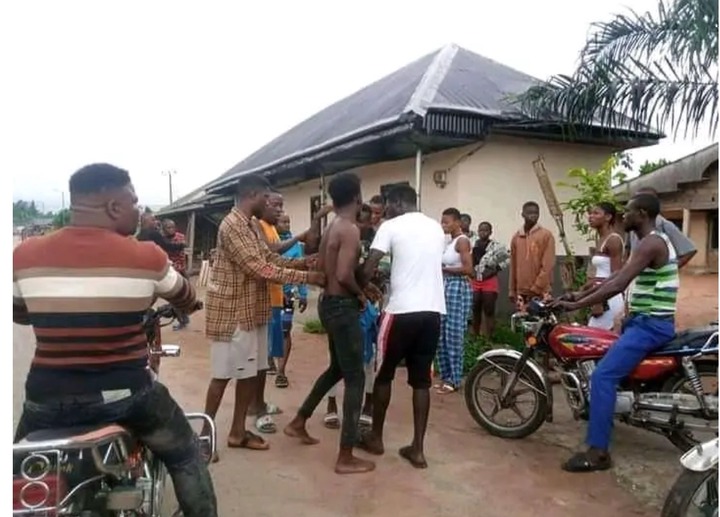 It was reported that The two had not bargained the price before she took it to where she was going to, but the bike man insisted that he told her to pay N400 instead of the N300 she was offering to pay.

The situation began to get heated after the bike man allegedly took hold of her purse which triggered her to shout out for help and started calling him a thief. This brought the attention of passersby who is a swift into action and started pouncing on the bike man but later stopped when he explained what transpired between him and his passenger. 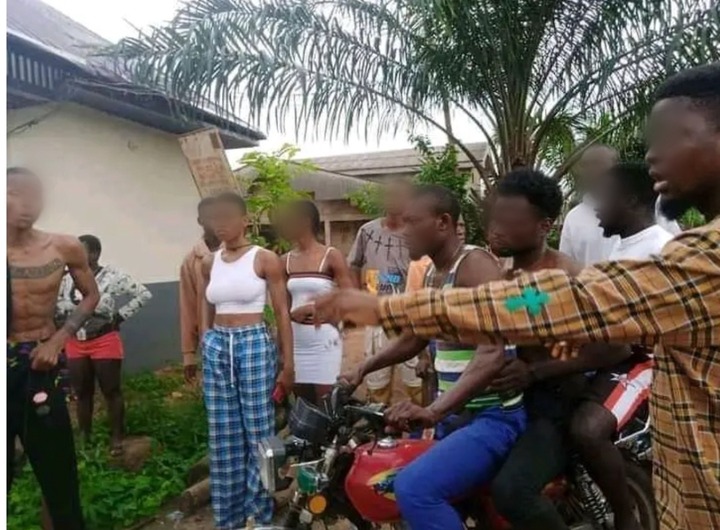 In the midst of the little chaos, The woman's son-in-law (the victim) rushed to the scene after his wife called him on phone and told him about the situation at hand. It was reported that upon getting there, the woman's son-in-law aggressively approached the bike man who in turned used a broken bottle to cut his throat. 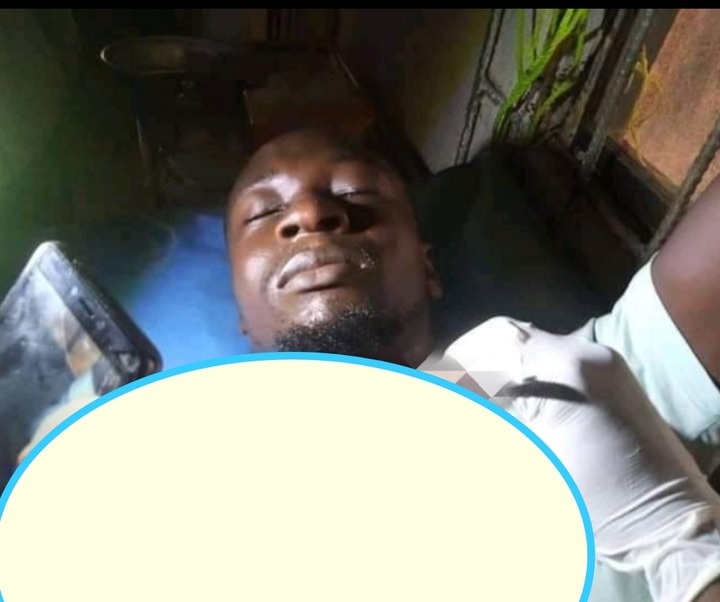 Aproko gist concluded that the man was taken to a nearby hospital and is currently receiving treatments while the bike man is at the youth office serving his punishment. 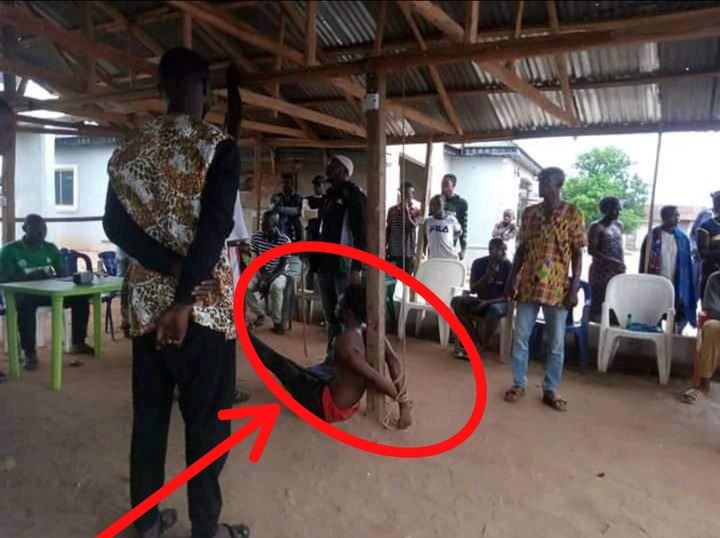 After the news was posted, people took to the comment section to write their thoughts about the whole saga.

See screenshots of some comments below: 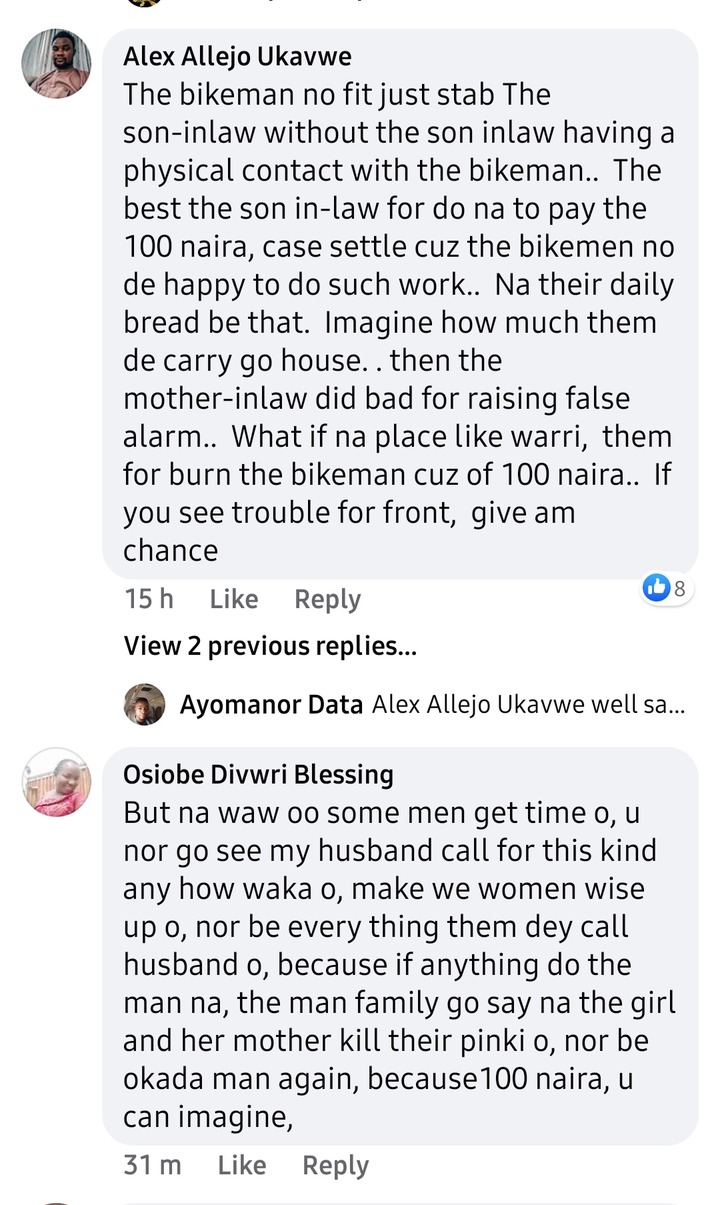 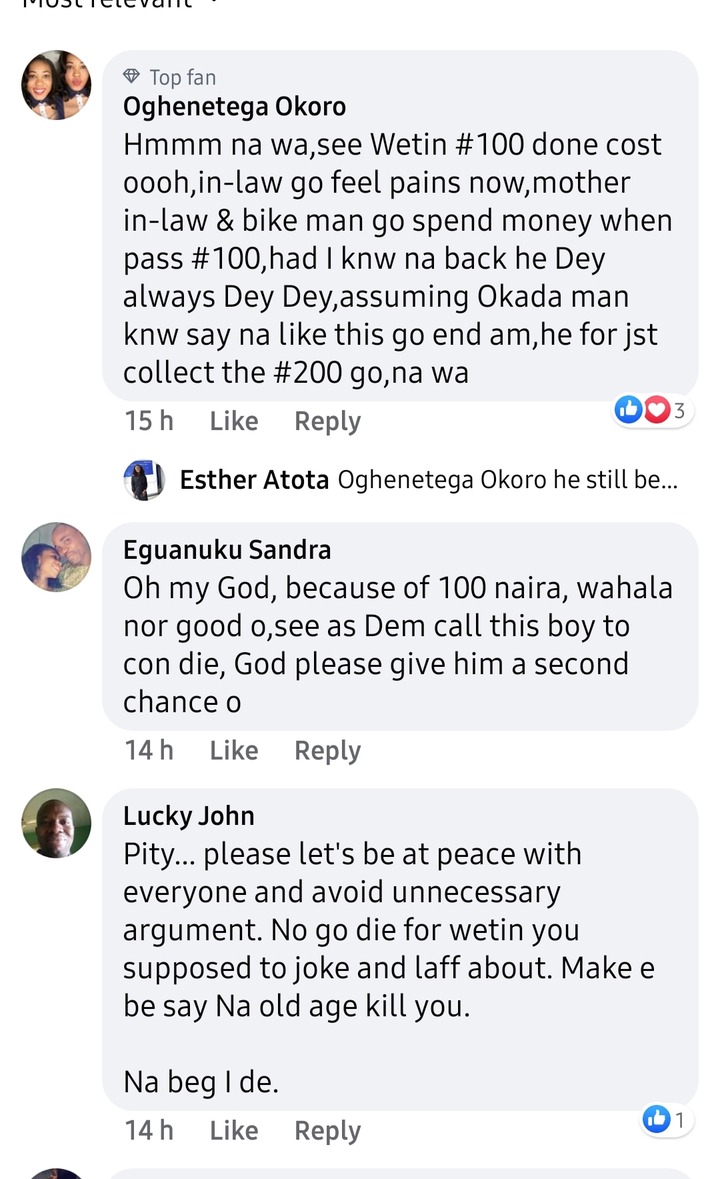 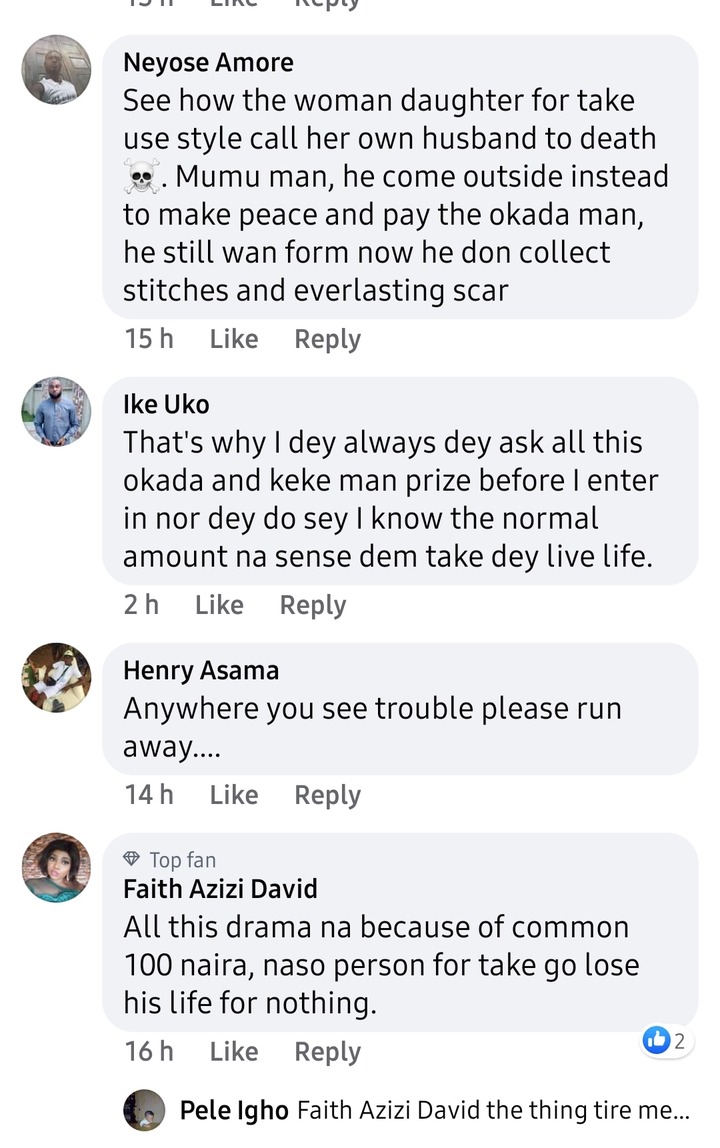 What do you think about this, write your comments below and don't forget to like and share this story. Thank you.

Content created and supplied by: Madrina (via Opera News )

Don't View These Funny Images, If You Cannot Control Your Laughter

Ladies, Look Attractive In Church With Any Of These Lovely Ankara Outfits