Today's Headlines: God Can Give Power To Anyone - Tinubu; Police Budget N547.7bn For Equipment

By Thengblog (self media writer) | 13 days ago 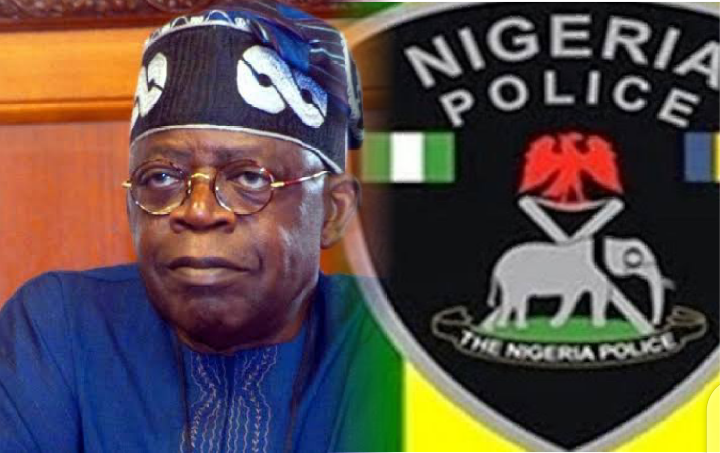 God can give power to anyone He wishes to –Tinubu

The National Leader of the All Progressives Congress, Bola Tinubu, says God can give power to anyone he wishes to give.

Tinubu said this in Lagos on Sunday, as he reunited with his political associates and proteges at a welcome-back event and prayer, hosted by Governor Babajide Sanwo-Olu. 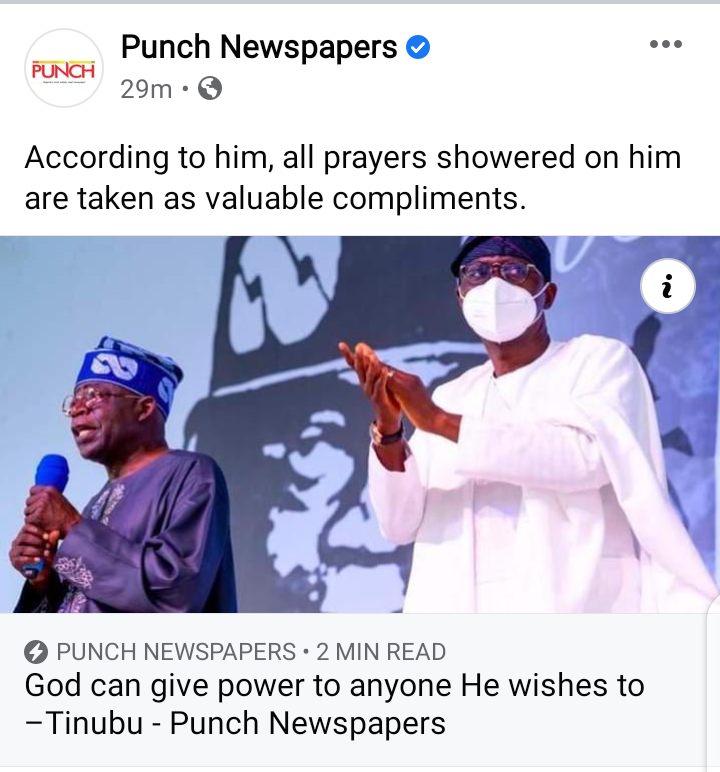 The event is Tinubu’s first outing since his return from the U.K. on Friday night, after three-month absence from the country.

The APC National Leader said that what God expects from anyone he gives power to is that such a person uses the power for humanity.

The Nigeria Police have proposed to spend N9.8bn on security equipment, N1.6bn on vehicle fuel and N309.8m to fuel generator in 2022.

The force also planned to spend N874.5m on vehicles maintenance, while office and residential maintenance would gulp N968.4m. 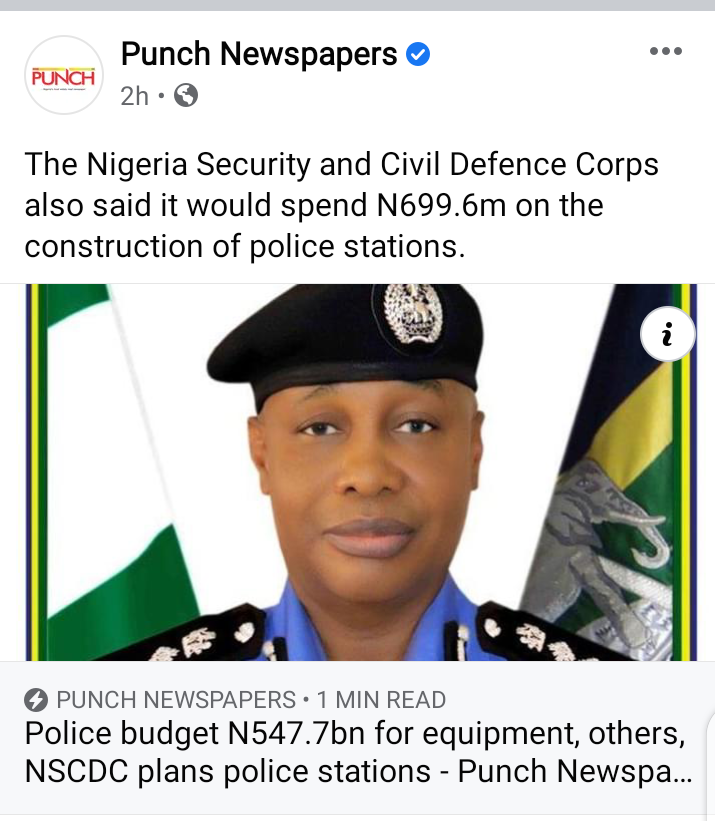 The police total allocation is N547.7bn.

Residents of Kogi State have been facing food crisis following acute shortages of bread and water as public taps ceased to flow while bread disappeared from the streets for two weeks running. 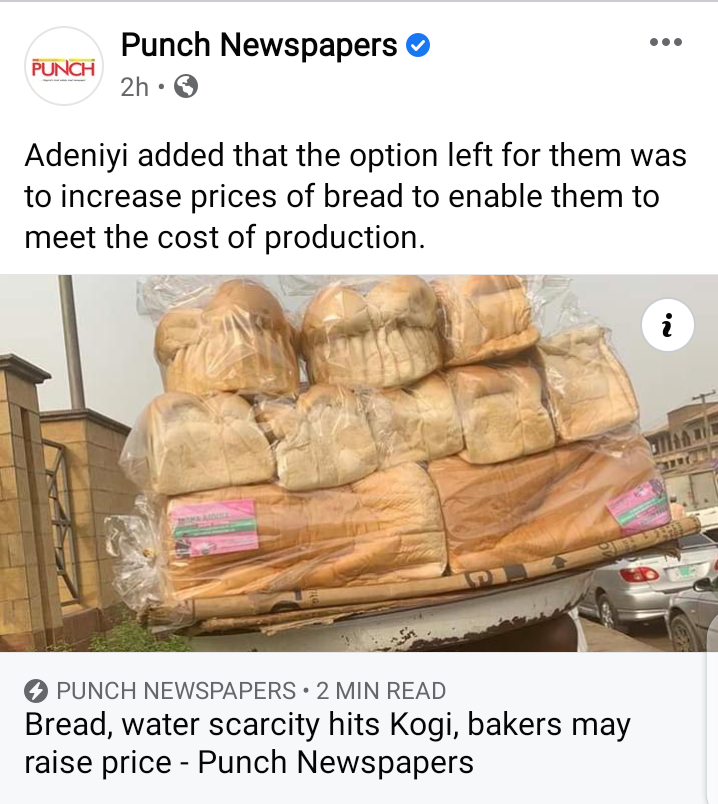 This follows the decision of bakers to shut down bread production due to high cost of floor, the major raw material for the production of bread, while public taps have run dry within the same period.

The state Chairman, Association of Master Bakers and Caterers of Nigeria, Bamidele Adeniyi, confirmed the development, stating that his members shut down the production of bread, making it difficult for consumers to access their products.

The Edo Central District Vice Chairman of the All Progressives Congress, Chief Francis Inegbeneki, has promised to rebuild and rebrand the state chapter of the party if elected Chairman in the fourth coming congress.

Inegbeneki made the vow while addressing party leaders who paid him a solidarity visit, in his Benin City residence, on Sunday. 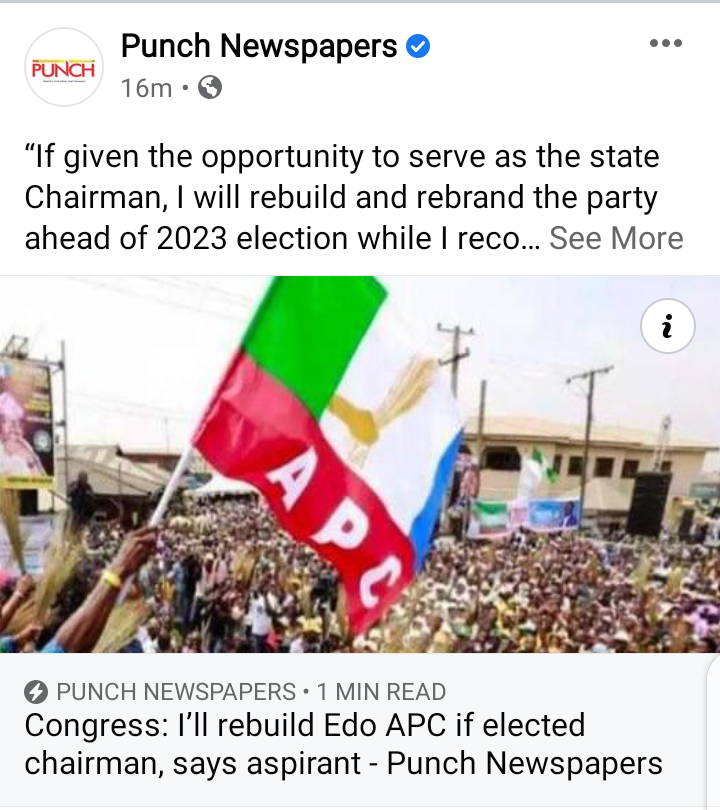 The delegation was in his home to present him the APC state congress form to contest for the post of State Chairman.

Inegbeneki said that he accepted to run due to pressure from political leaders from across the 18 local government areas of the state, noting that he had to harken to the voice of the leaders and pledged to be available to serve his people.