Gunmen suspected to be bandits have kidnapped the younger brother to the wife of former Governor of Zamfara State, Fatima Abdul Aziz Yari at their country home in Talatar Mafara Local Government Area of the state. 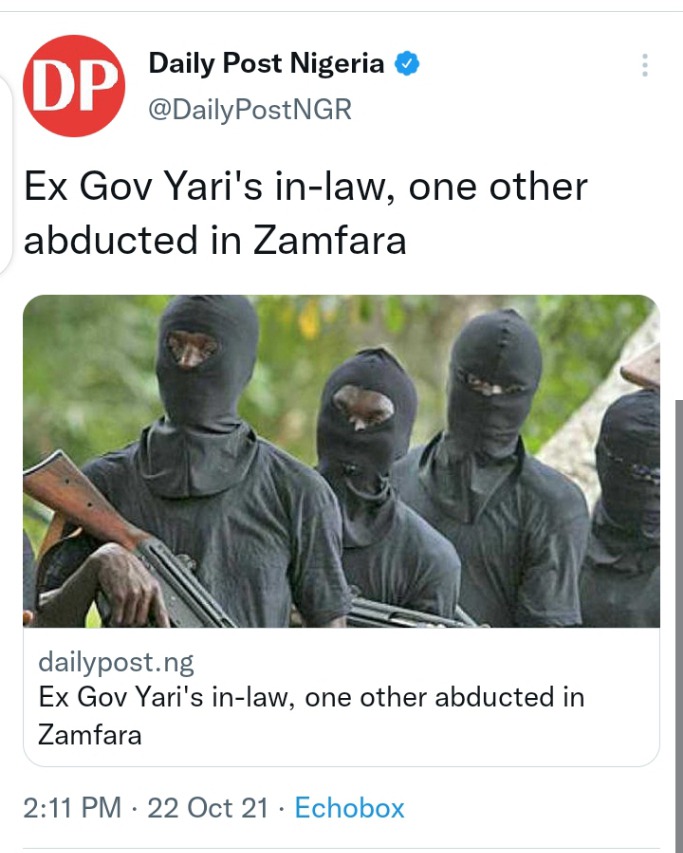 The kidnapped victim, Auwalu nicknamed (Babson), was reported to have been kidnapped in his private house located in the Talatar Mafara low cost area at around 11:00pm, according to DAILY POST.

According to a source who goes by the name Aminu Ahmad, the kidnapped victim had just returned from the United Arab Emirate (UAE) when the abductors stormed his home, collected an unspecified large sum of money, and whisked him away to an unknown destination. 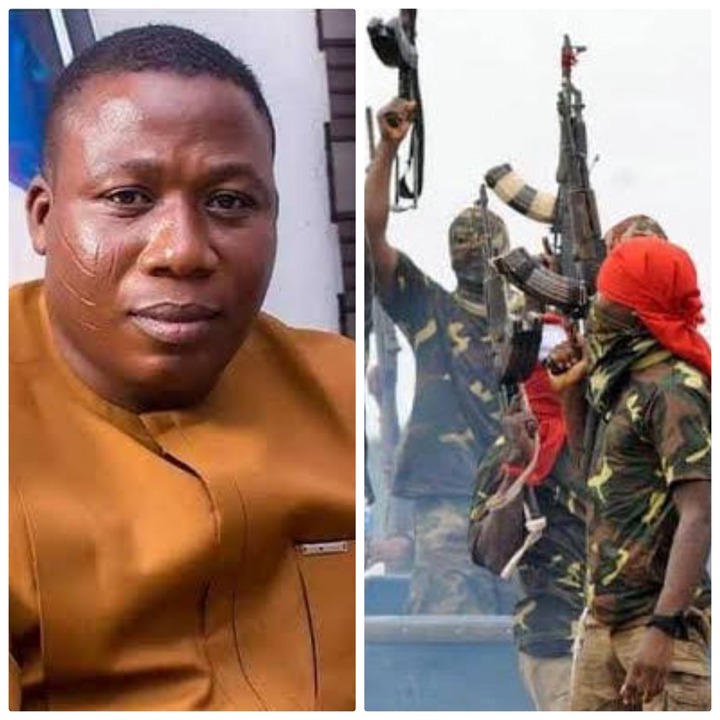 The Federal Government says it has established a link between Yoruba nation agitator, Sunday Adeyemo aka Sunday Igboho, and a Boko Haram sponsor, Surajo Muhammad, who was sentenced to life imprisonment in the United Aram Emirates on charges of financing terrorism. 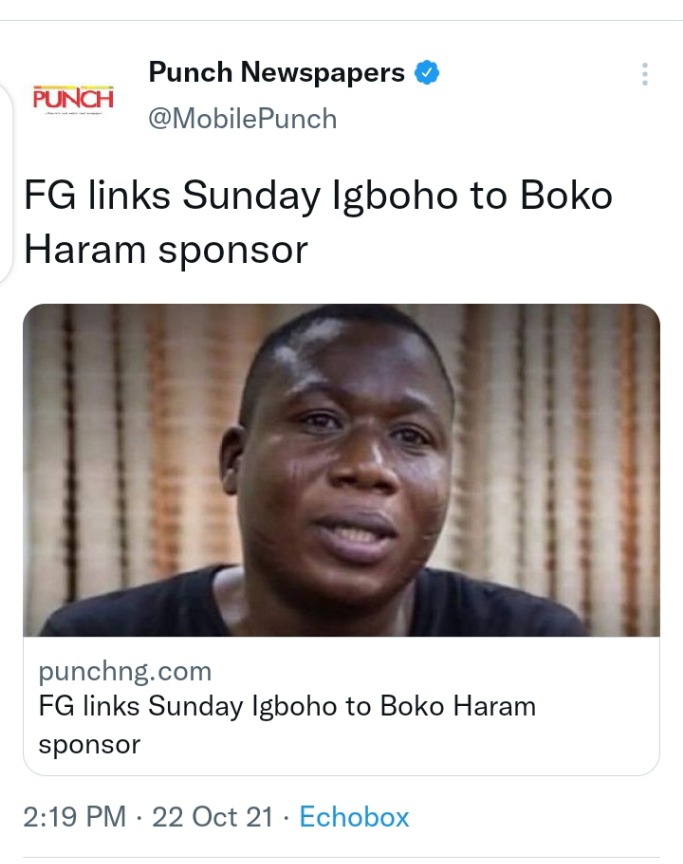 The government also alleged that between 2013 and 2020, Igboho received N127m from several financiers including a federal lawmaker. The government, however, refused to reveal the identity of the lawmaker.

This was stated by the Attorney-General of the Federation, Abubakar Malami (SAN), while reading out the findings of a Presidential committee formed to investigate Igbo and leader of the Indigenous People of Biafra, Nnamdi Kanu. 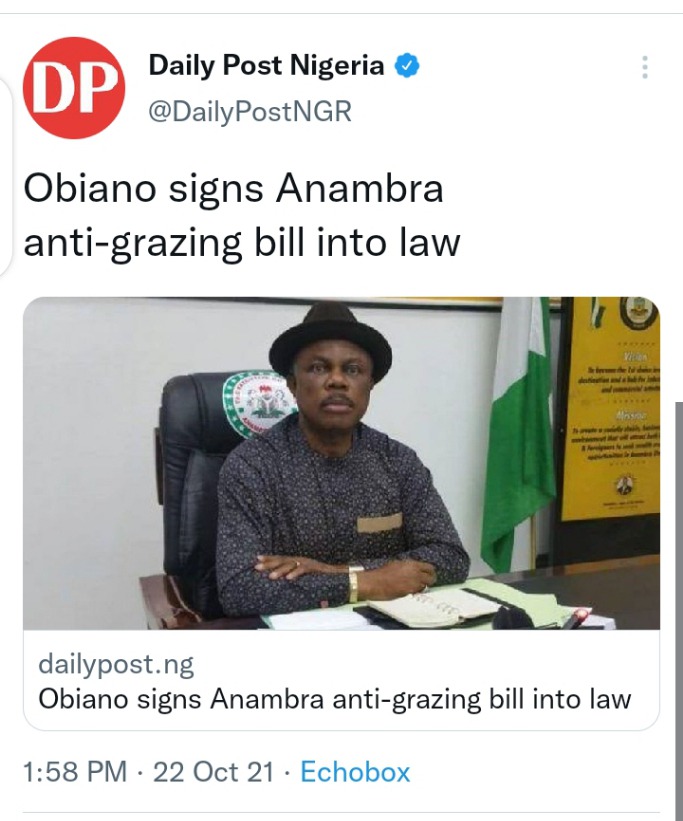 On Friday, the governor signed the bill into law in a brief ceremony at the Governor's Lodge in Amawbia.

While signing the bill into law, Obiano expressed gratitude to the state House of Assembly for swiftly passing the bill, saying that the establishment of the law will hopefully allow for the entrenchment of peace.

Hoodlums attacked us with petrol bombs, injured one – Imo Police 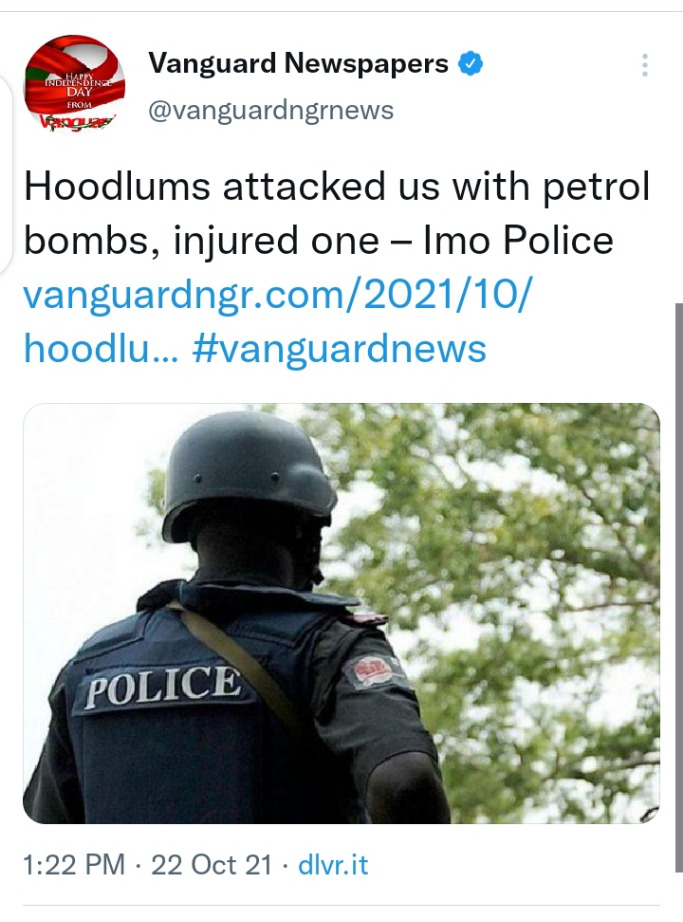 Micheal Abattam, the State Police Public Relations Officer, made the announcement in Owerri.

According to the command, the hoodlums arrived in five vehicles and three motorcycles and fired at the officers on duty, but the officers responded adequately.

However, during the gun battle, one of the officers was injured and taken to an undisclosed hospital for treatment, according to the police.

It went on to say that the hoodlums only succeeded in setting fire to the building but were prevented from looting the police station's arms and ammunition.