By KayWealth (self media writer) | 10 months ago 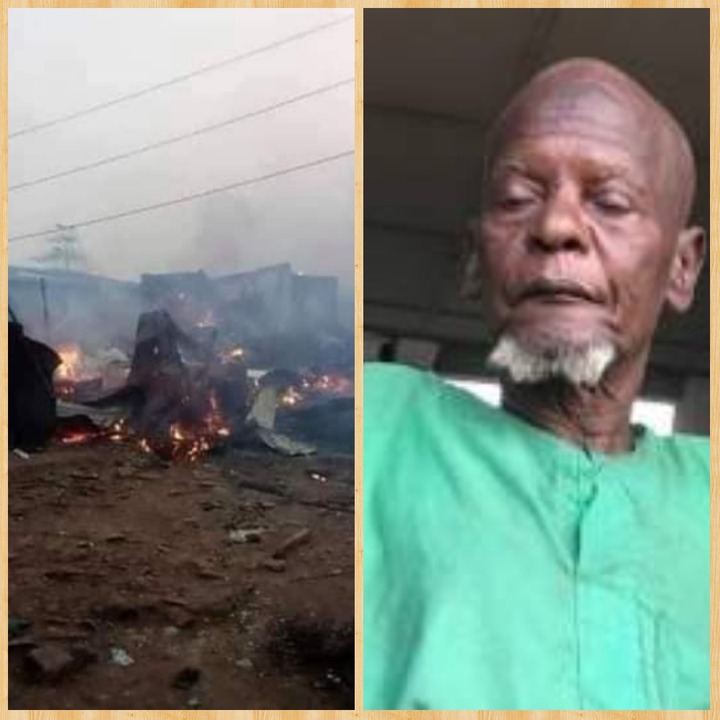 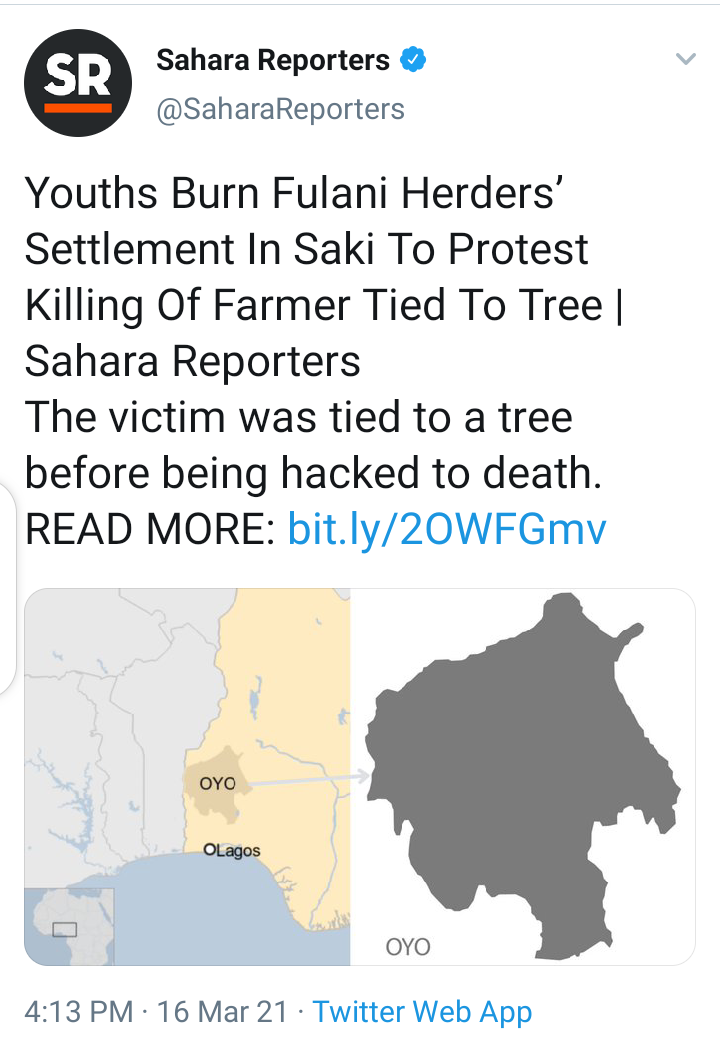 Residents of Saki and other communities in the Oke Ogun area of Oyo State now live in fear following the alleged killing of a farmer by suspected Fulani herders at Oke Orogun village in Saki West Local Government Area. According to Vanguard, the victim was tied to a tree before being hacked to death. A source said the farmer was attacked on Saturday night and before people came for his rescue, he had died. But after some youths in Saki saw his remains, they were enraged. They protested and mobilised for a reprisal, burning the herders’ settlement in the area. 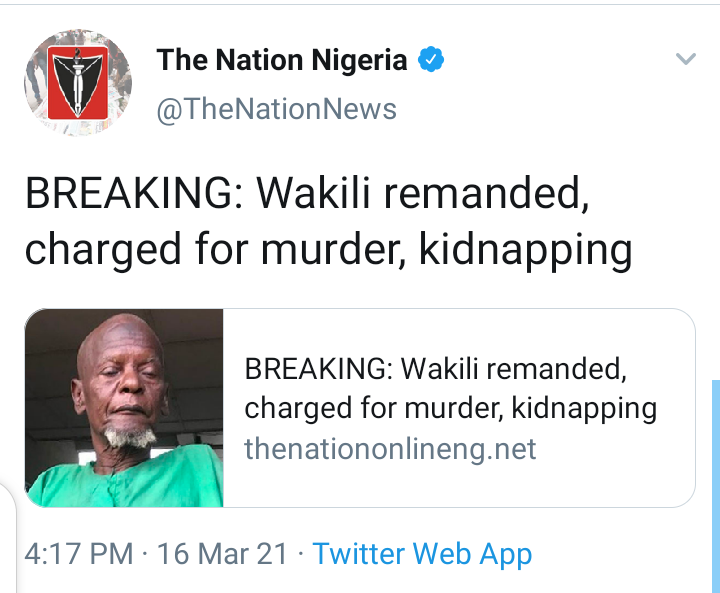 An Iyaganku Chief Magistrate Court sitting in Ibadan, Oyo State has ordered suspected notorious Fulani warlord in Ibarapaland, Abdullahi Wakili, 70, be remanded in a correctional facility. The police charged Wakili alongside his sons Abu, 45 and Samaila, 27 as well as Aliyu Manu, 20 with six counts bordering on conspiracy, murder, kidnapping and armed robbery. The Chief Magistrate, Emmanuel Idowu, who did not take plea of the suspects for want in jurisdiction, remanded them in Abolongo Correctional facility in Oyo State. 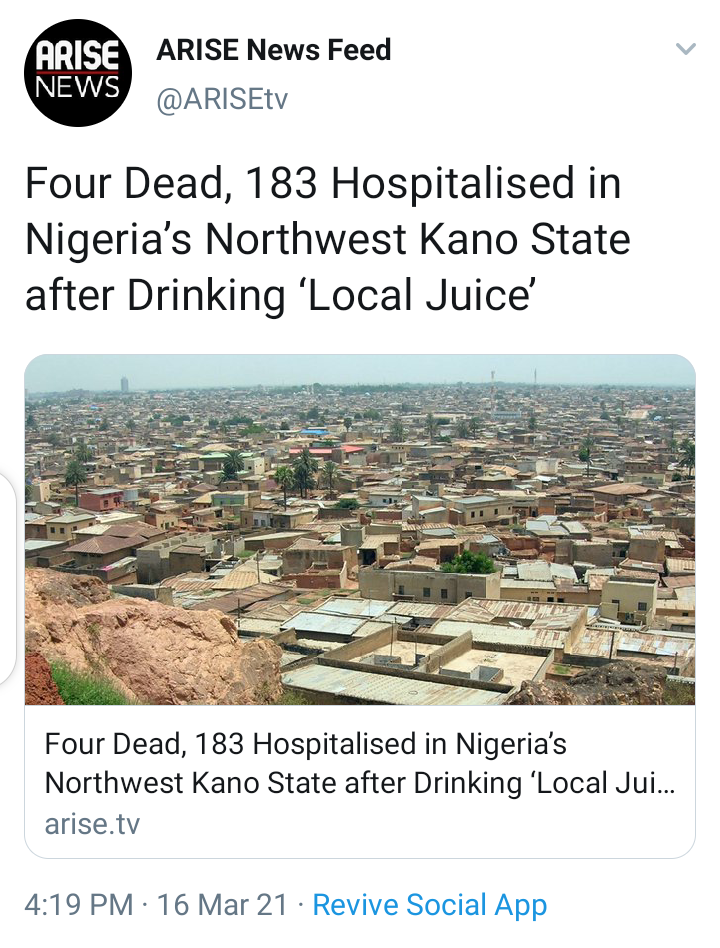 Authorities in northwestern Kano state have confirmed the death of four persons after they had consumed a local juice drink. Chairperson of the committee on infectious diseases outbreak in Kano, Bashir Lawal, disclosed this to reporters on Tuesday and noted that 189 others are receiving treatment for poisoning. The National Agency for Food Administration and Control (NAFDAC) had on Monday said the poison came from expired sachet water and a locally produced juice drink.