By Crownprincess7072 (self media writer) | 9 months ago 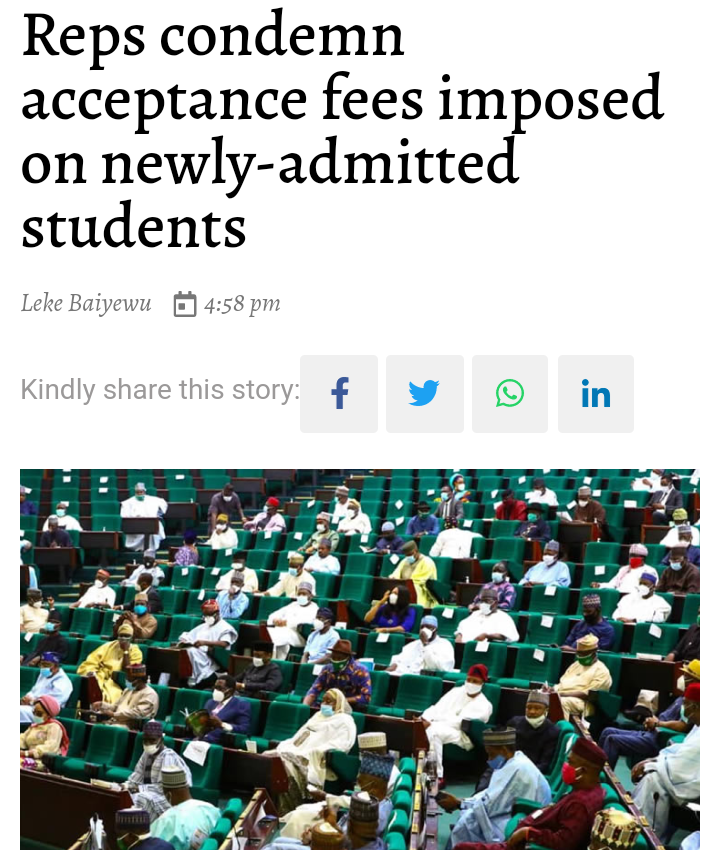 The House of Representatives has condemned the high acceptance fees being imposed by Nigerian universities, polytechnics, and other tertiary institutions on admission seekers.

Consequently, the House resolved to investigate the issue.

Chairman of the House Committee on Basic Education, Prof Julius Ihonvbere, at the plenary on Wednesday, moved a motion to demand the rationale behind the fees being collected by tertiary institutions.

The motion was titled, ‘Need to Investigate the Acceptance Fees Charged by Tertiary Institutions in Nigeria.’

Moving the motion, Ihonvbere said, “The House notes that the arbitrary high acceptance fees charged by some public universities on new students across the country have become a matter of great concern to many families. 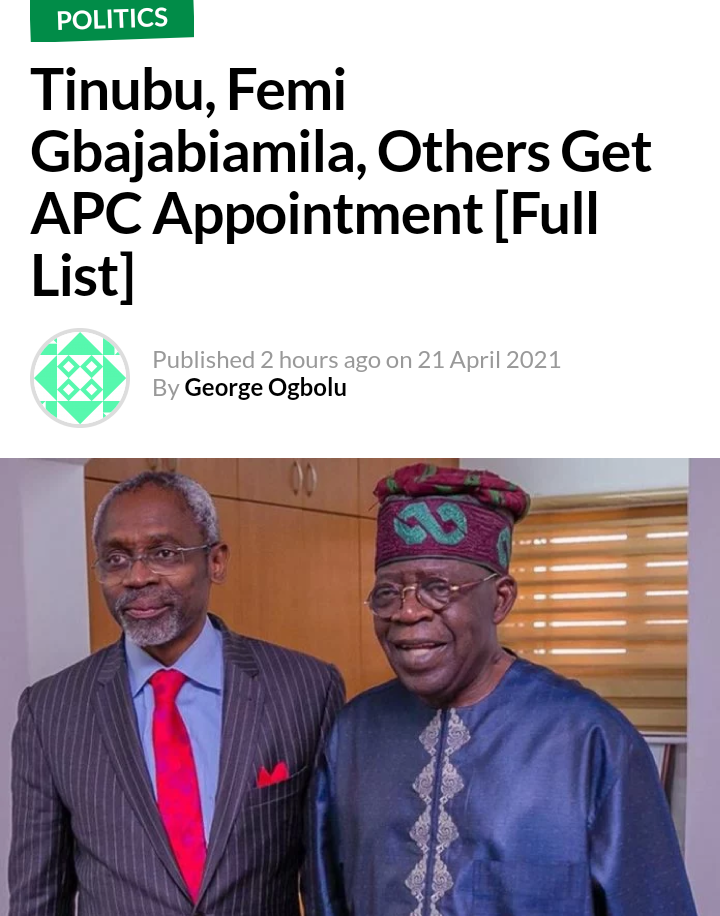 The Lagos State chapter of All Progressives Congress (APC) has appointed Speaker of the House of Representatives, Femi Gbajabiamila and the three senators representing Lagos State as members of the Governor's Advisory Council (GAC) of the party.

The new appointment was made known to newsmen in a statement by the state Publicity Secretary of the party, Seye Oladejo.

He stated that the appointment was in recognition of their years of notable and commendable contributions to the socio-economic and political development of the state in particular and the nation as a whole.

While also congratulating the new members, APC stated that "the appointment provides another platform to continue to provide flawless and experienced leadership to our democratic growth. 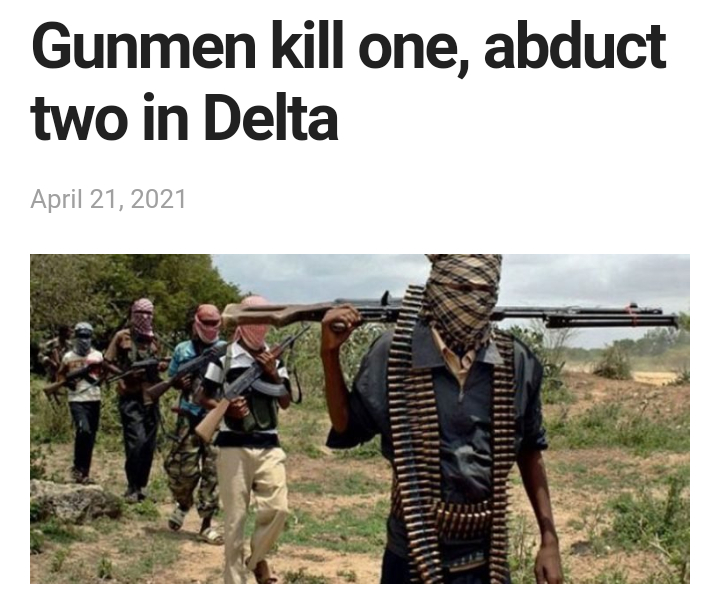 A youth identified as Peter Erubore has been killed during a kidnapping attack in Omadino community, Warri South council area of Delta state.

The Nation learnt gunmen stormed the riverine community in a speedboat and abducted owner of a timber shade, Mr. Tunde Ekedie and one Jolomi Diden on Tuesday morning.

According to community sources, the hoodlums shot sporadically when people got wind of the attack and raised the alarm.

It was reported one of the stray bullets hit the victim, an indigene of Omadino, an Itsekiri communitThe council chairman, Dr. Michael Tidi, in a statement said preliminary investigations were ongoing into the incident.

He condoled with the Erubore family over the unfortunate incident. 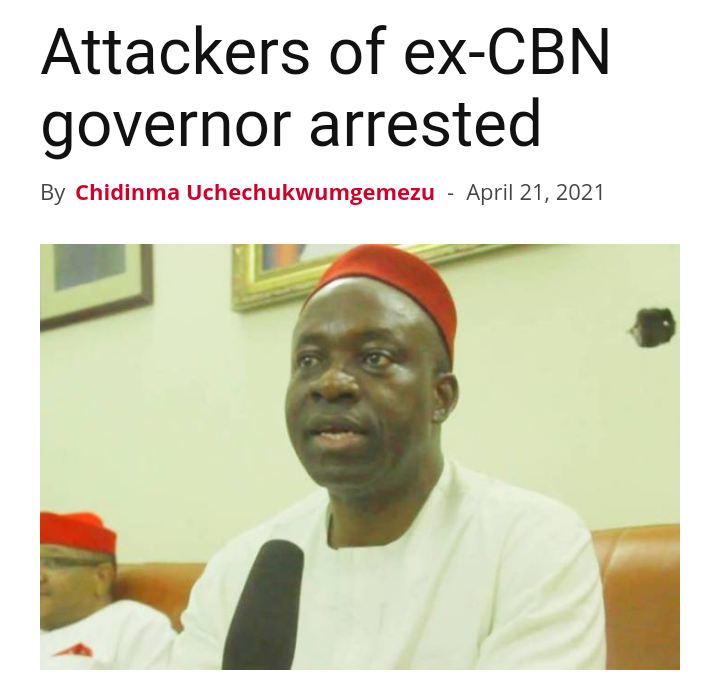 Nine persons who participated in the attack against the former governor of Central Bank of Nigeria (CBN) and governorship aspirant of the All Progressives Grand Alliance (APGA), Prof. Chukwuma Soludo, have been arrested.

Soludo was last month attacked by gunmen at his community, Isuofia in Aguata Local Government Area, during an interactive session with youths of the community.

Three policemen were killed during the attack, while a commissioner in Anambra State, Mr Emeka Ezenwanne, was abducted by the gunmen, but was later released.

The Anambra State Governor, Chief Willie Obiano, Wednesday announced that nine of the people who participated in the attack have been arrested.

Obiano, who disclosed this at the Prof. Dora Akunyili Women’s Development Centre in Awka, said: “What happened last month is unfortunate, but let me tell you, we have re-strategized and we are coming out like a smoking gun.

“We are not going to take prisoners. The nine people that attacked Prof. Soludo are in our net now. We will go after the others. 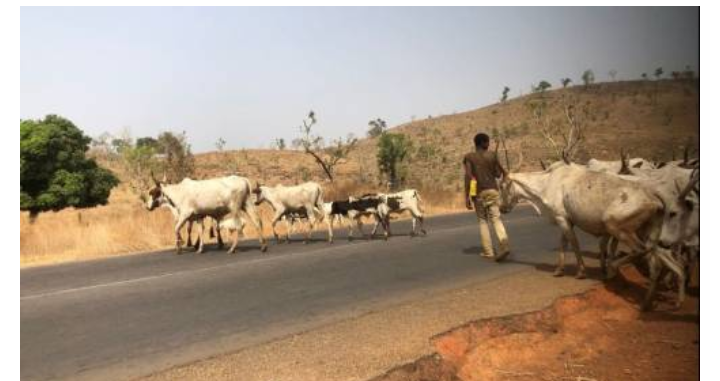 It was gathered that Sansere killed Maikudi when he was grazing his cows in the forest reserve.A leader of the Hausa/Fulani community in the state, Bala Umar, confirmed the incident.

Umar said preliminary investigation revealed that the late herder was traced to the forest by his assailant where he was shot.

He, however, appealed to Fulani settlers in the area to be calm and not take the law into their hands, adding that the police and Amotekun operatives were already on top the situation and had assured that justice would be done on the matter.

Ondo state commander of Amotekun Corps, Adetunji Adeleye, said, “It was a local hunter who shot dead the young herder. Our operatives were not involved. We only made efforts to ensure there is peace in the community.”

The deceased, who hailed from Katsina state, had two children.