By Toptrendsmedia (self media writer) | 4 months ago 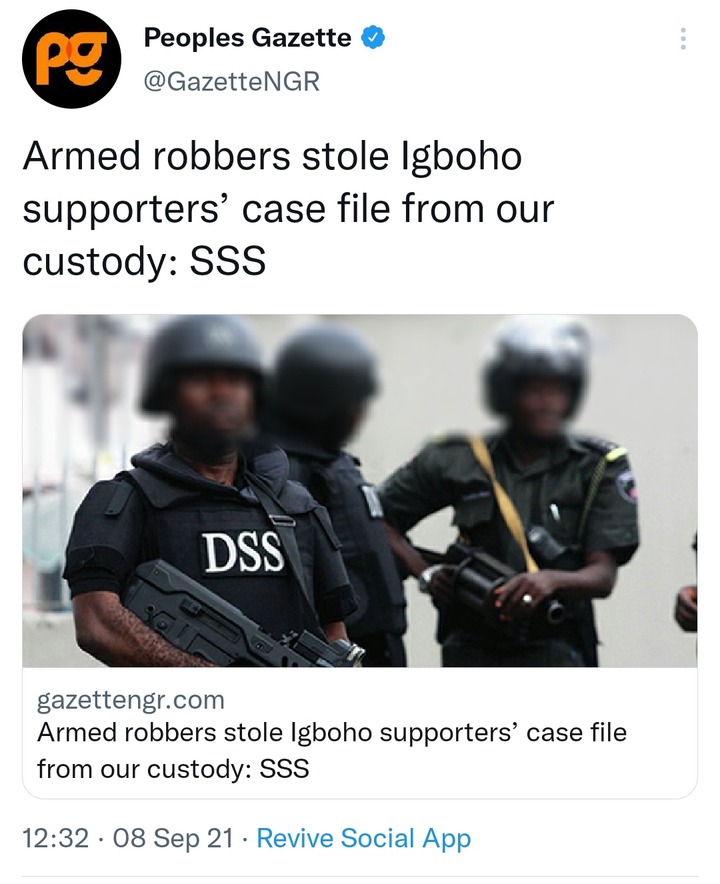 The State Security Service on Wednesday told the Abuja Division of the Federal High Court that armed robbers have carted away the case file of Sunday Igboho’s Aides who have been in custody since the brutal invasion of their residence in Ibadan weeks ago.

A lawyer representing the SSS told Justice Obiora Egwuatu that the incident came when armed robbers operating a one-chance cartel stole attacked an official in charge of the documents.

He did not immediately say whether the incident occurred in Abuja or other parts of the country.

The lawyer said the matter should be adjourned, but the court has yet to accede to the request as of the time of filing this report. 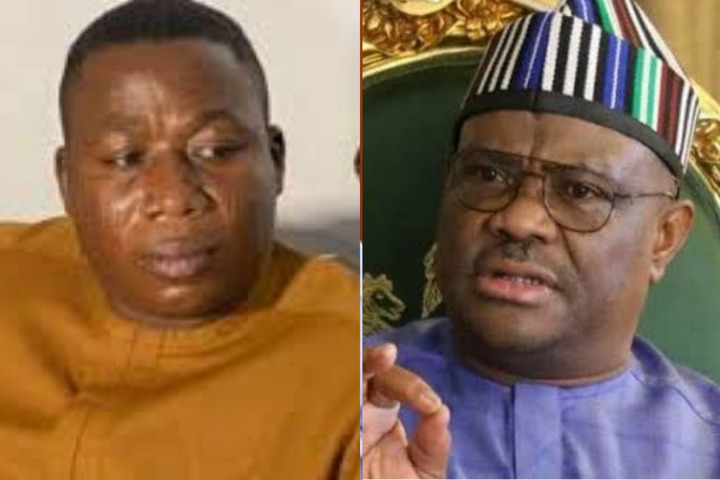 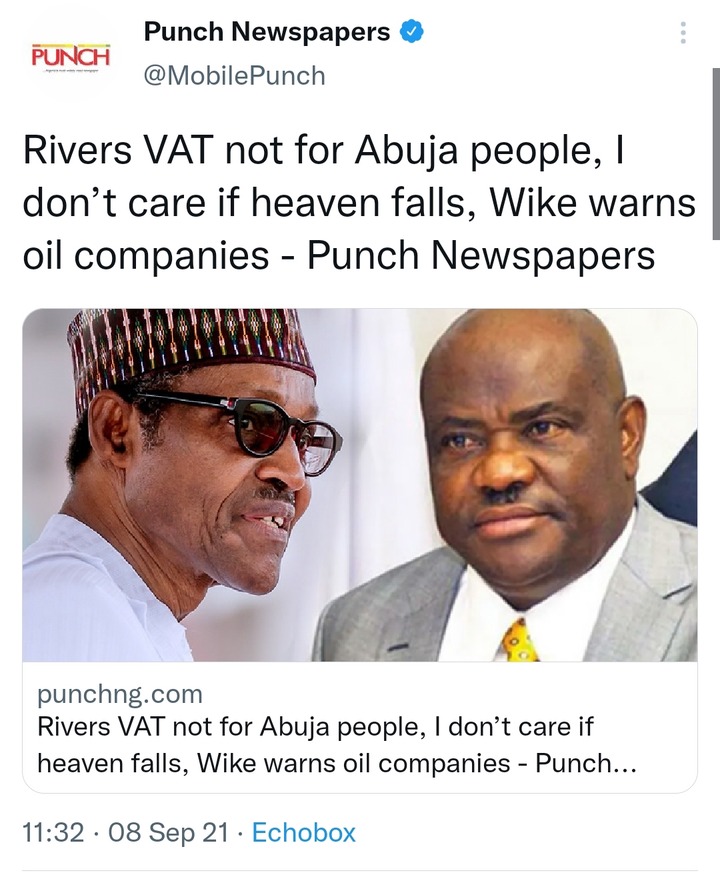 Rivers State Governor, Nyesom Wike, on Wednesday, insisted on going on with his move to stop the Federal Government from collecting Value Added Tax from the oil-rich South-South state.

Wike, who said he does not care if heaven falls, insisted that Rivers money is not meant for “Abuja people” but for the development of his state.

The governor spoke at a stakeholders’ meeting in Port Harcourt, the state capital, while addressing Shell Petroleum Development Company and other representatives of oil companies and business owners in the state. 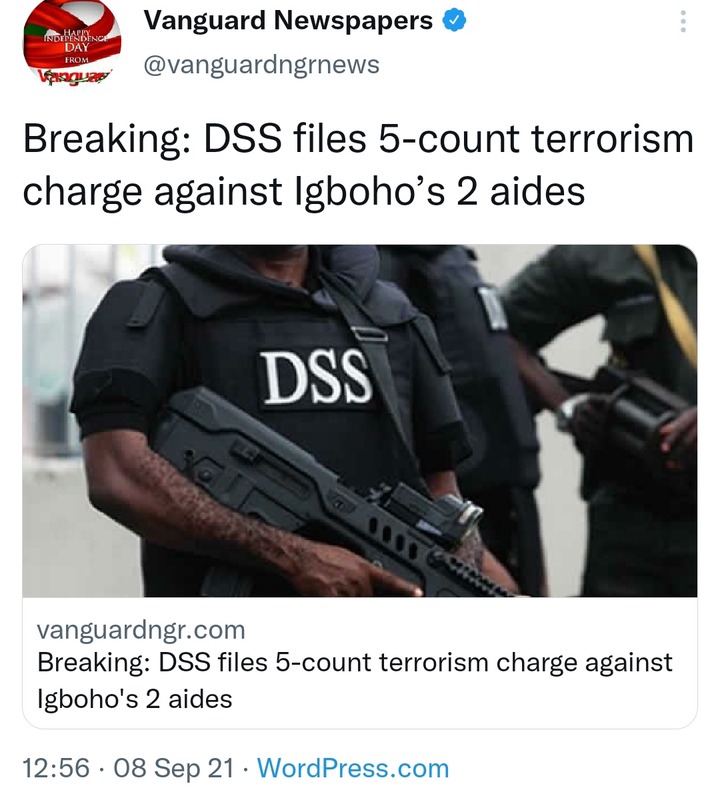 Listed as Defendants in the charge marked FHC/ABJ/CR/305/2021, which was entered before the Federal High Court in Abuja, Noah Oyetunji and the only lady that was arrested during the July 1 raid of Igboho’s residence by DSS operatives, Amudat Babatunde.

Whereas the DSS alleged that the 1st Defendant, Oyetunji, was in possession of fire arms for terrorism-related activities, it alleged that Amudat helped to promote acts of terrorism, using her Facebook page.

We Should Never Have Negotiated With Bandits 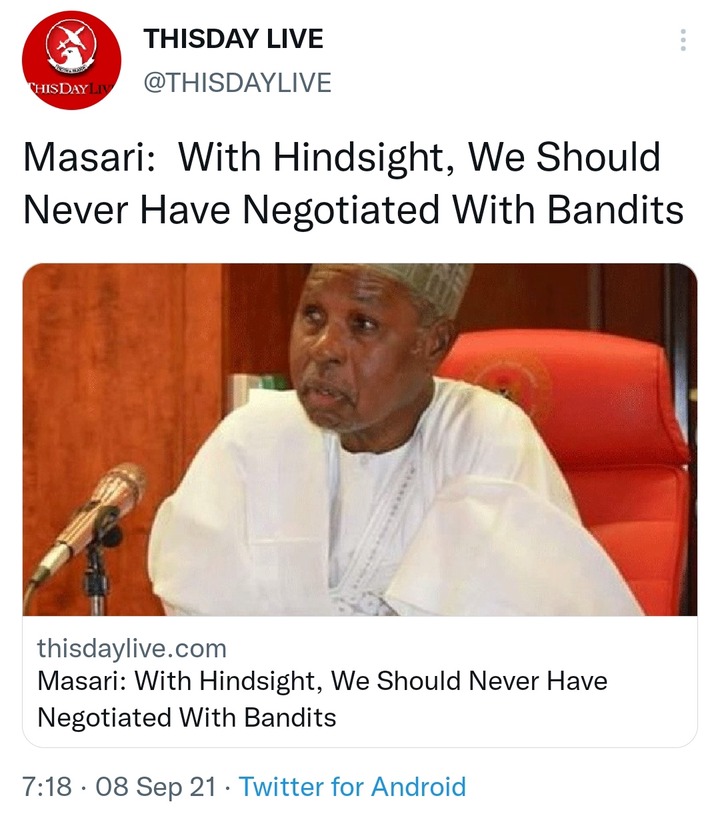 Katsina State Governor Aminu Masari has said with the benefit of hindsight, his government should never have negotiated with bandits, let alone grant them amnesty. Although Masari said he never regretted his decision at the time, he admitted that information available to him confirmed that engaging the bandits was not the right thing to do.

Consequently, based on current understanding of the situation, the governor said he had set in motion plans to proscribe open grazing of cattle in the state. He said once certain structures were put in place for ranching, nomadic herding would be outlawed in the state.

Masari disclosed these during an interview on a national television. 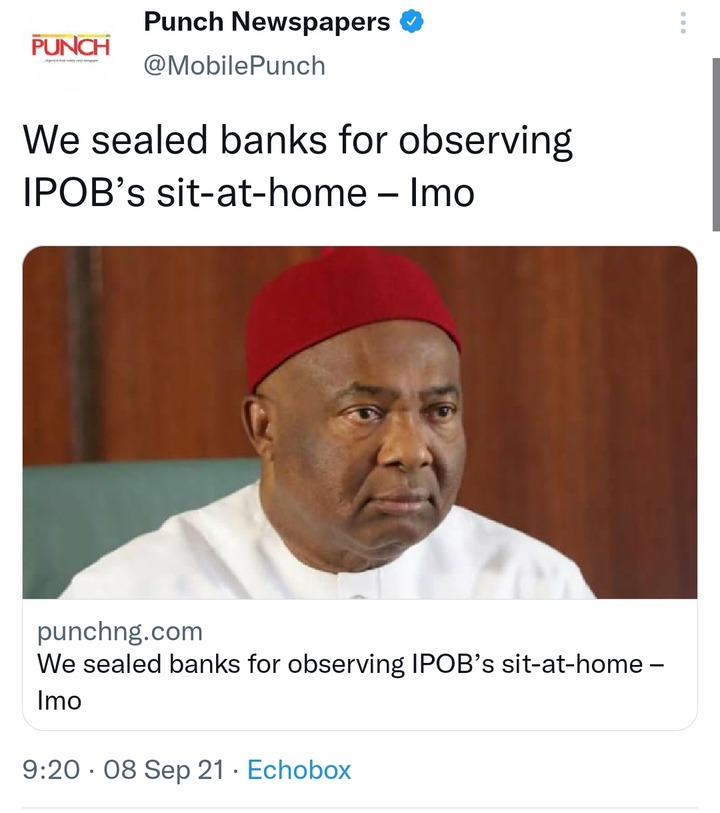 THE Imo State Government on Tuesday explained the reason behind its decision to seal some banks in Owerri, the state capital.

Scores of bank customers were left stranded on Tuesday as the officials of the Imo Stathue Government shut all the banks along Bank Road in the state capital.

Punch reports that ribbons the state government officials used in sealing the various banks as early as 7am.

However, The Commissioner for Information and Strategy said that the state government sealed the banks because they frustrated customers on Monday by refusing to open for transactions.