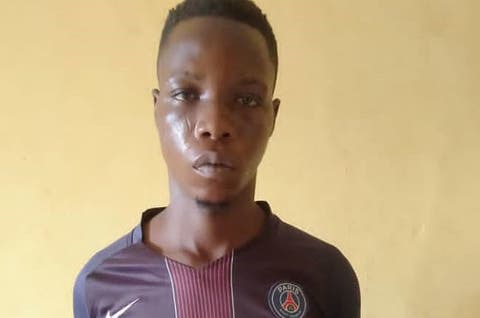 According to a news that was posted by Saturday Tribune yesterday, it was made known that the 28 year old welder, Opeyemi Adeola, who killed his mother-in-law in Atan area of Ogun State has narrated the reason why he did that, as he alleged that it was a mistake.

While Adeola was talking, he made it known that on Sunday, 25th of April, he was at home with his wife when she asked him if he was going out, as he told her that he wasn't going out and after some minutes, he saw a man who was on bike giving his wife money and when she returned back into the house, he confronted her and saw that it was N1,500 the man gave her and when he asked who the man was, she told him that the man was her boyfriend and that, she is just collecting money from him and nothing else.

When she told him this, Opeyemi claimed he gave her reason never to do such again and on Monday, his wife told him she was going to her mom's place and that, she will return on Tuesday, as he granted her the permission but, she didn't return on Tuesday and on Wednesday, he went to her mother's house and saw her on bed with the same man that gave her money three days ago and out of anger, he punched the man twice, and as he was about giving him the third one, he dodged it and it met his mother-in-law in her mouth..

Due to this, his mother-in-law started shouting at him that, she is regretting that she allowed her daughter to marry someone like him and that's why she wants her to marry another man who will be taking care of her and out of anger, Opeyemi carried his 8 months old baby from his mother-in-law's house and warned his wife never to return back home.

However, on Thursday, his mother-in-law and his wife's sisters came to the house and told him that they want to pack her load and as he was about badging in, they held him from the back and started beating, as they accused him of punching their mother and out of anger, he brought out the knife that was inside his pocket, stabbed his mother-in-law on her stomach, as she left his cloth immediately and fell down..

When others saw this, they shifted to the back out of fear and he ran to an uncompleted building in the area and on Sunday when he heard that his mother-in-law has died, he ran to Ikorodu in his father's house, as it was his father that took to him to the police, telling him that he has committed a serious crime.

While expressing sadness, the suspect made it known that his mother has been sick with ulcerated leg for one and half years and that, he is worried her condition will get worst when she hears of what he did, as he said his mother and his father separated while he was still young.

He further clarified that he is not a cultist, but he do smoke india hemp sometimes. 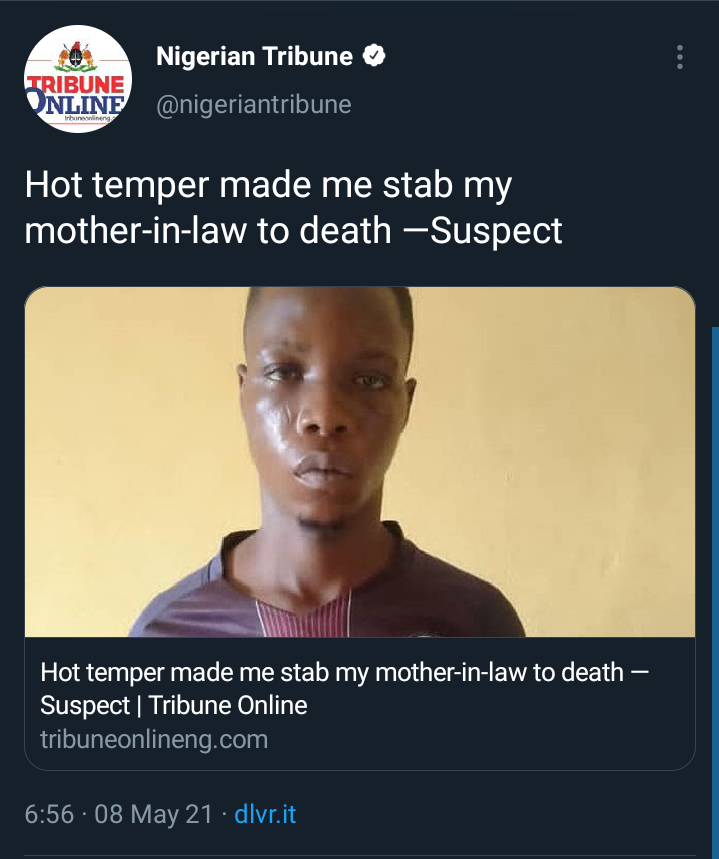 Meet Actor Bolanle Ninolowo's Family, He Praises His Mum And Wife For Taking Care Of Him During NYSC

It's Not "Hausa Groundnut", Check Out The Real Name And Its Health Benefits