Meet Derico, The Notorious Armed Robber Who Killed Over 100 People Including 25 Policemen

Derico Nwamama was one of the most notorious Nigerian armed robber in the early 2000s. During that period, he was described as the king of the underworld in the Eastern part of the country; a clear replication of the likes of notorious criminals like Lawrence Anini who terrorised the old Bendel state in the 1980s. 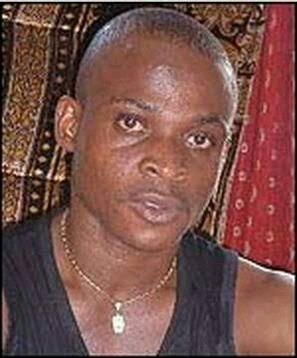 During his reign of terror, Derico reportedly killed over 100 people including 25 police officers whose lives he mercilessly wasted. He sacked many commercial banks in Onitsha. Travellers who had to pass through Onitsha held their breathes, expecting Derico to strike at anytime. His reign was so fearsome, that even the then Governor of Anambra state was left helpless. 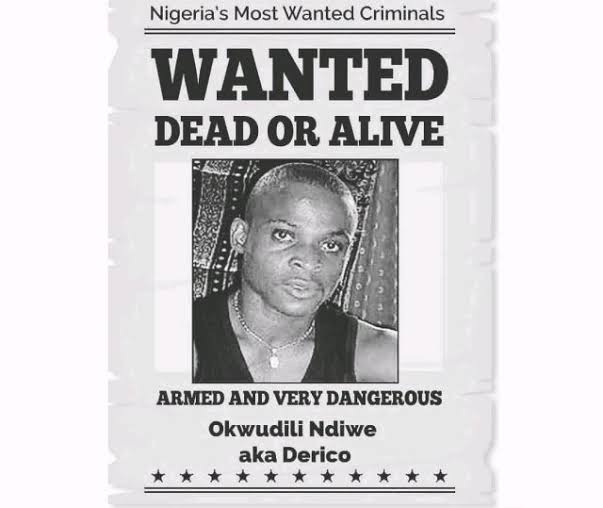 He was described as the personification of terror. From Nnewi to Nkpor, from the villages in Umuleri to towns in Ihiala, the old and young were terrified at the mere whisper of Derico Nwamama.

On May 2001, the Anambra state police command launched the operation Derico. The operation was aimed at capturing the criminal and other members of his gang.

After the operation was launched, the police managed to capture some members of his gang but Derico himself, remained elusive as kept operating with reckless abandon, robbing, killing and kidnapping innocent citizens as he deemed fit.

How he was arrested by the Bakassi boys. 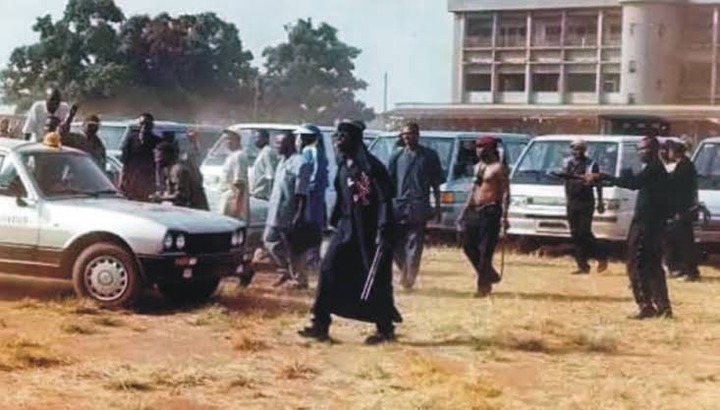 After it became clear that the police and other security agencies in the state could not get their hands on Derico, the Bakassi boys took on the challenge.

On Tuesday July 3, 2001, Derico was nabbed on his way to Onitsha from Agbor. The news of his capture was huge relief to everyone in Anambra state and it's environs. Many jubilated and appreciated the Bakassi boys for a job well done.

On July 9, 2001, the Bakassi Boys did to him what many had earlier predicted. They drove in their convoy around the town and ended at the Ochanja Market Junction along the popular Upper Iweka Road in Onitsha chanting war songs.

The now defeated notorious armed robber was dragged out from the bus, looking battered and severely beaten, a trademark of the vigilante group. There were several cuts and gashes on his body, a testament to what he must have gone through in the hands of the Bakassi boys.

After they highlighted from the bus, one of the commanders of the vigilante group addressed the crowd and handed over the microphone to the now trembling Derico who, like a coward, began begging for his life to be spared. He made feeble attempts at declaring his innocence.

What was to follow remains one of the most macabre displays of public executions in Nigeria. Derico was beheaded in front of a cheering crowd.

The moral of this story is that no matter what, no evil doer will escape the wrath of Justice. Always remember that there are seven days for the thief but one day for the owner. Take heed!