By Hotgistrend (self media writer) | 1 year ago 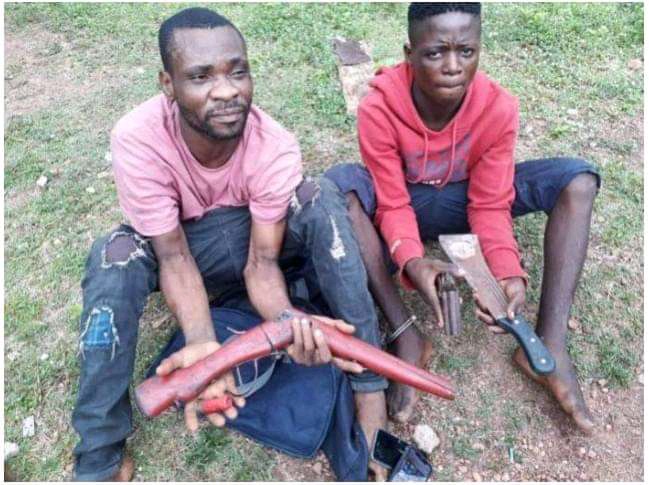 In the beginning when God (Olodumare) created heaven and the earth, the Bible recorded that everything was perfect. Although the world was without form, Olodumare, the omnipotent, omniscience breathed into the world, and it became perfect.

God created everything, both living and not living, among his creation was Esu laalu ogiri oko, onile orita (meaning the devil) the dreaded one who lives at the T junction.

Olodumare created Esu to praise, adore and glorify him on daily basis, but when Esu wanted to compare and equate himself with God, he was dethroned and threw into the world. Ever since, Esu (devil) has been king in the world, re:gning, using and tormenting people on daily basis. He house himself in the heart of man and at the intersections of life's journey when a wrong turning may lead to misfortune or death.

When a group of seven students of the University of Ibadan in 1952 namely Wole Soyinka, Ralph Opara, Pius Oleghe, Frank Imokhuede, Nathaniel Oyelola, Oloduyiwa Awe and Ben Egbuche formed the Pyrate Confraternity, like a child play, the institution has now assumed a frightening dimension far beyond the imagination of even those who brought it.

The devil has completely taken over the affairs of our campuses and innocent students blood are being spilled on daily basis. The Pyrates Confraternity created by the seven people was to fight against moribund convention, tribalism, corruption and elitism. keen law and order in the University, could not afford cost of hiring a lawyer, but the devil has changed these original purpose and objectives, Nigerians are now confronted with a national disaster which has continued to claim several young lives, destroy many promising careers, debase of our social and moral values and now become a threat to our national security.

The senselessness that underlines the blood letting incidents of people ought to give Nigerians great concern. The following incidents from our campuses which were reported in the newspapers should convince us that our government is doing little to curtail cultism in Nigeria.

On August 24, 2003, over 200 students were killed by cultists in campuses nationwide. The magnitude of the loss was overwhelming. It seems the battle to combat the menace had been lost.

On June 8, 1989, the Principal Assistant Registrar of Delta State University was attacked by students believed to be cultists. The man died immediately while his wife died some days later due to gunshot wounds.

On July 22, 2002. about 12 persons were feared killed while several others were wounded in hostlities between two rival cut goups in Nembe, Bayelsa State.

July 16, 2002, was also a terrible day for three students of the Rivers State University of Science and Technology (RSUST) who were killed in a renewed cult clash in the school.

On June 27, 2002, six students suspected to be members of secret cults in the Federal Polytechnic, Oko, Anambra State were arrested by the State Police Command.

On the same day, the Chief Security Officer of the University of Nigeria Nsukka was assassinated in about of violence which claimed the lives of 18 students.

August 14, 2002, two students lost their lives in renewed fighting by rivał cult groups at the Federal Polytechnic, Ilaro. One Olaiya (25) was arrested and he confessed to be a cult leader.

September 4, 2003, a gang of secret cult members of the College of Agriculture, Iguoriakhi in Edo State set the Exam Department and office of the Deputy Provost (Examinations) ablaze.

August 2, 2003, no fewer than four persons were killed in different parts of Calabar, Cross River State by persons suspected to be cultists while 19 suspects were arrested by the police in connection with the killings.

The latest in the series of serial killings by cultists in Nigeria's campuses was that of the University of Ado Ekiti. The invasion on June 7, 2005 where one Sadiat Idris lost her life and 15 persons arrested showed that govermment at all levels in Nigeria havevlost the battle on cultism.

The litany ot killings and injuries prsented above tells us clearly that there is need for comprehensive, drastic and severe solution to the menace. Our government should not feel unconcerned and in different while the future leaders of the country are annihilated.

What indeed went wrong? Some factors have been adduced to fuel the carnage. First on the line is the collapse of morality and decline in family institution. Honour seems to have no place in Nigeria, social recognition now belong to the wealthy! Honesty and hard work are no more appreciated.

Parents have lost control of the home front, they celebrate wealth at the instance of their children's well being. Again, government ineptitudeness in providing the basic amenities in the society is another cause. Those in government flaunt their wealth, spray money at functions with venom, many of them are corrupt and seem not to know the act of governance. They siphon money that their children, grandchildren and great grandchildren would use for life at the expense of the socicty.

Some of those in power as soon as their children are arrested, they use their connection to set them free. Government indeed has no political will to prosecute those cultists arrested because they are children of the "mighty" in the society. There have been rampant instances of collusion and complicity on the part of those charged with enforcing the laws as well as flagrant cases of favouritism that hampered the imposition of necessary sanctions. 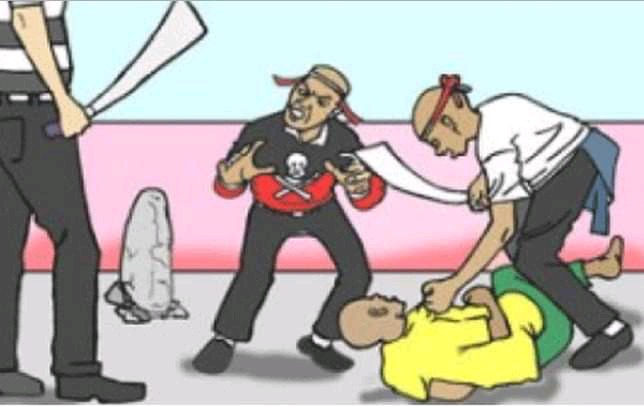 The judiciary too are not left out of the shameful act. The Former Vice Chancellor, Obafemi Awolowo University, Professor Rogers Makanjuola according to the editorial of Punch, Friday, August 15, 2003 indeed blamed the impotence of the Judiciary for the fostering cult activities in the education sector.

The Ex-VC, while reviewing the trial of suspected cultists who allegedly killed five students of the institution on July 10, 1999 declared that the case was a disgrace to the nation.

Makanjuola narrated how the institution had cooperated with the police and the Judiciary to ensure that justice was done, but lamented that the political will to diligently prosecute the case was lacking, despite the fact that the Judicial Commission of Enquiry which investigated the bloody attack submitted a report that clearly implicated 21 people.

Again, the church that should be a place for succour has turned into a house of materialism. Jesus Christ throughout his reignon earth never preached about materialism but salvation of souls. Nowadays, materialism is the order of the day. Our Lord inMatthew 28:18-20 says, "Jesus came and spake unto them saying all power is given unto me in heaven and on carth. Go ye therefore and teach all nations, baptizing them in the name of the Father, and of the Son and the Holy Ghost. "Teaching them to ob-serve all things."

What do you notice today? A church where money, money is the order of the day. The situation of things in our campuses make me to remember Alan Patron's novel, Cry, My Beloved Country. All should cry in this nation and come together to tackle this social malaise that has eaten deep into the moral and social fabrics of the Nigerian society. Since it is a problem that has assumed national proportion, just like the global terrorists, it must be tackled using conventional war.

Hell is meant for the evil doers. It is the place of abode of the devil. So also, all his children must join them. Dismissing cultists or expelling them would not help, let's once start treating them likc criminals. According to the former Governor of Ogun State, Otunba Gbenga Daniel in the Nigerian Tribune of Wednesday, October 8, 2003, cultists should be treated as criminals.

In his words, "Criminals should be treated as criminals and not glamourised either as cultists or as students. The truth of the matter is, cults or cultism, from world history, have always been anchored on certain objectives that may or may not be consistent with the ethos and interests of the societies in which they thrive."

Student cultists should be treated as vicious criminals. In the name of cultism they perpetrate murder, rape, armed robbery, arson, abduction, gunrunning and terrorism, to therefore treat such criminals with kid gloves, as the Nigerian security apparatus has done over the years, is to toy with the foundation of a descent society governed by the rule of law.

The discrimination in handling cases of suspects, especially when they are sons and daughters of the rich or elite, constitutes a deplorable ambush of Justice.

The war cannot be won until we stop the selective application of law. Nigeria is the only country where an elite will steal billions and go to jail for six months and a common man will lose his life for stealing N100.

The recent killings in Benin city must not be swept under the carpet. Those involved must be made to pay the supreme sacrifice.

There is also the need for all to be involved in the eradication of cultism in our campuses. Cultism has become an albatross, let's execute those caught and their godfathers and this would serve as a hard lesson for those who want to join. Let's combat the devil, only then can our campuses be at peace.

Content created and supplied by: Hotgistrend (via Opera News )