Sounds of gunfire rang in the air on 13 September with the school’s activities disrupted as staff and students including those writing the West African Senior School Certificate Examination scampered for safety.

The storming by the hoodlums, suspected to be members of the outlawed Indigenous Peoples of Biafra (IPOB), is said to be in connection with the secessionist group’s suspended sit-at-home order. 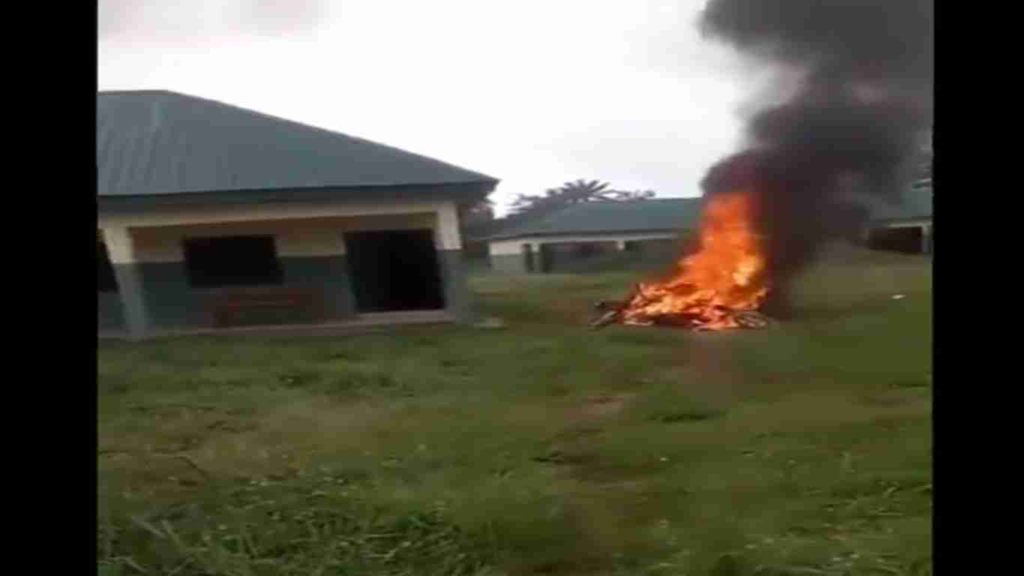 The school was deserted.

A video of the incident shared on Twitter shows a woman, apparently a teacher, dashing out of a classroom block with a handbag and another big bag, amid the sound of intermittent gunshots.

A distressed voice who appears to be the person recording the scene (watch below) said the attackers disrupted the examination and set ablaze the motorcycles belonging to teachers.

When will this anarchy perpetrated by IPOB stop? How will destroy motor bikes of teacher and then chase students writing weac. This nonsense must stop. You are destroying the South East because of Nnamdi Kanu. Is just unfortunate.  pic.twitter.com/CgJzQ54dWF

The latest incident comes after a commander of the Eastern Security Network (ESN), the military unit of the outlawed group, was shot dead by police.

He was shot dead in a gun battle on 11 September at about 12.30 pm when police raided a hideout of the group located in an uncompleted building in a valley at Essential Home popularly known as Ngbuka, Amaifeke Orlu.

CSP Abattam added that the clearance operation embarked by Police also saw the arrest of two others: Mr Emeka Sunday, 20, of Anike in Ohazara LGA of Ebonyi State and 44-year-old Mr Anthony Okeke of Umuala Amaifeke, Orlu LGA of Imo while others escaped with bullet wounds.

Meanwhile, IPOB is demanding the release of its leader Nnamdi Kanu.