By Gisting (self meida writer) | 11 days 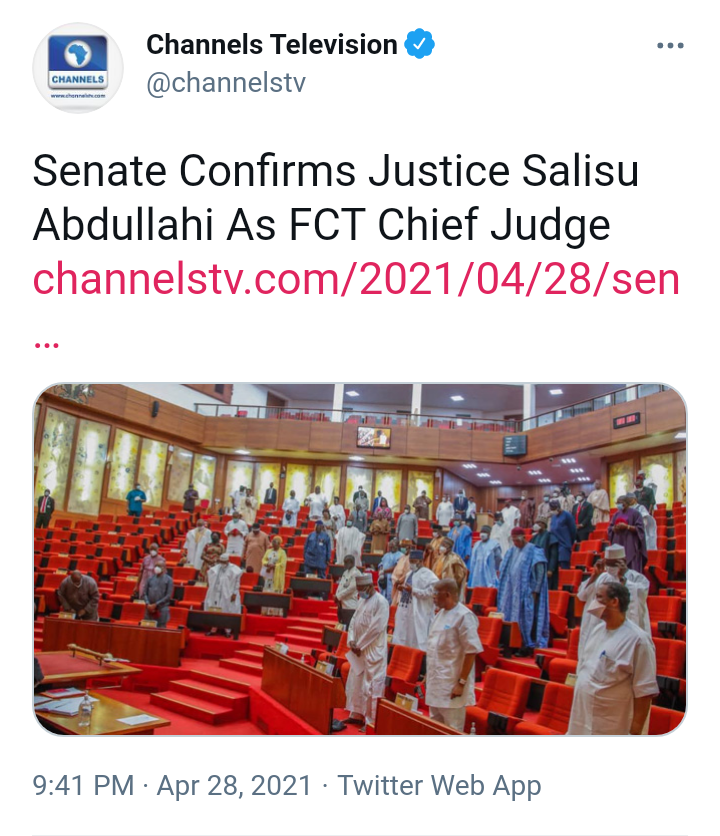 The Senate has confirmed the nomination of Justice Salisu Abdullahi as the Chief Judge for the High Courts of the Federal Capital Territory (FCT), Abuja.

Justice Abdullahi’s nomination was approved by the lawmakers on Wednesday during plenary in the upper chamber of the National Assembly in Abuja.

The approval followed the consideration and confirmation of the report of the Senate Committee on Judiciary, Human Rights, and Legal Matters on the judge’s nomination. 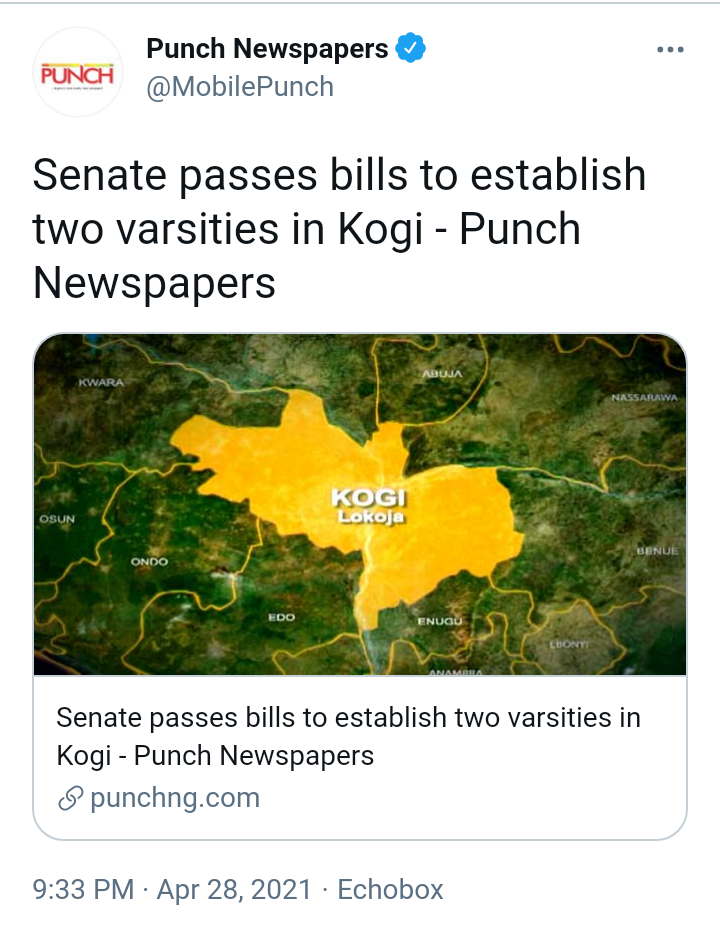 The passage of the bills seeking to establish both universities followed the consideration of two separate reports by the Committee on Tertiary Institutions and TETFUND. 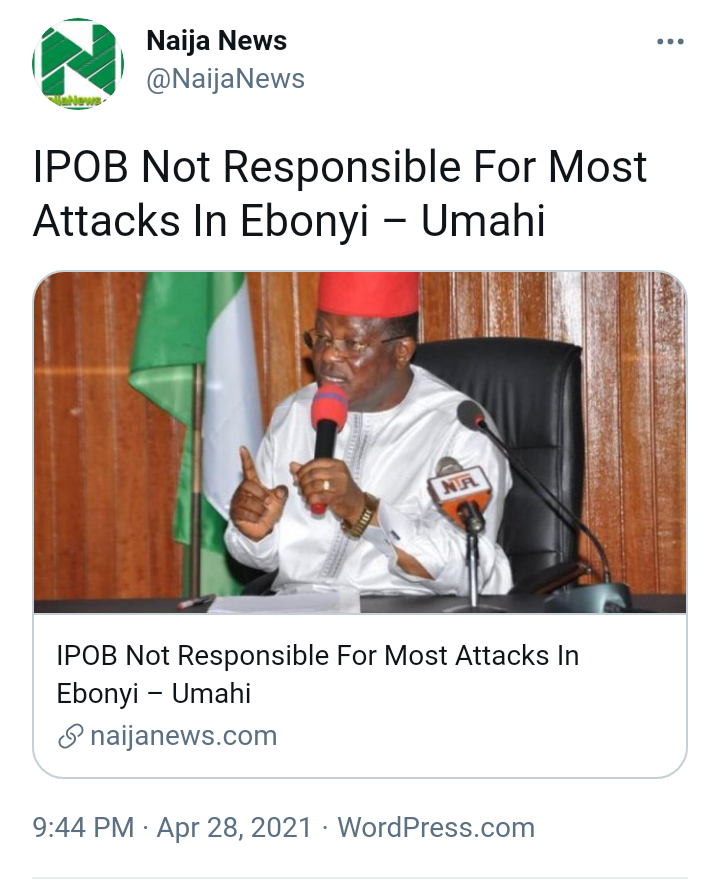 The chairman of the Southeast governor’s forum and governor of Ebonyi State, David Umahi, has absolved the Indigenous People of Biafra (IPOB) of most of the numerous attacks in parts of the state.

Speaking to newsmen on Wednesday after the week’s security council meeting, Umahi disclosed that hoodlums hide under the umbrella of IPOB to carry out their evil attacks.

Recall that unknown gunmen had on Tuesday attacked a bank at Onueke in Ezza South Local Government Area of the state.

Umahi said the gunmen also stormed the quarry clusters in Umuoghara in Ezza North LGA to steal and cause mayhem to traders in the area. 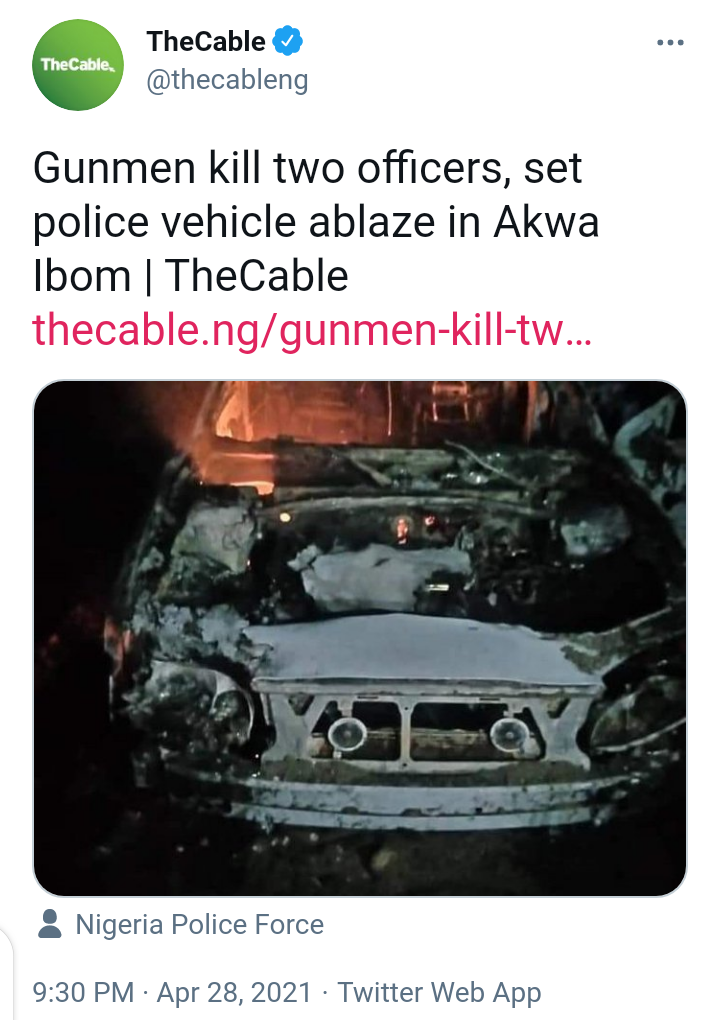 Two police officers in Akwa Ibom have been killed following an attack by unknown gunmen on Ika divisional headquarters in the state.

Macdon, who noted that the gunmen came in motorcycles and burnt down a police vehicle, said the attack occurred on Tuesday.

The officers have been identified as Esther Akpan and Isonuyo Effiong Paul.

"Buhari Is Missing In Action" - Ozekhome 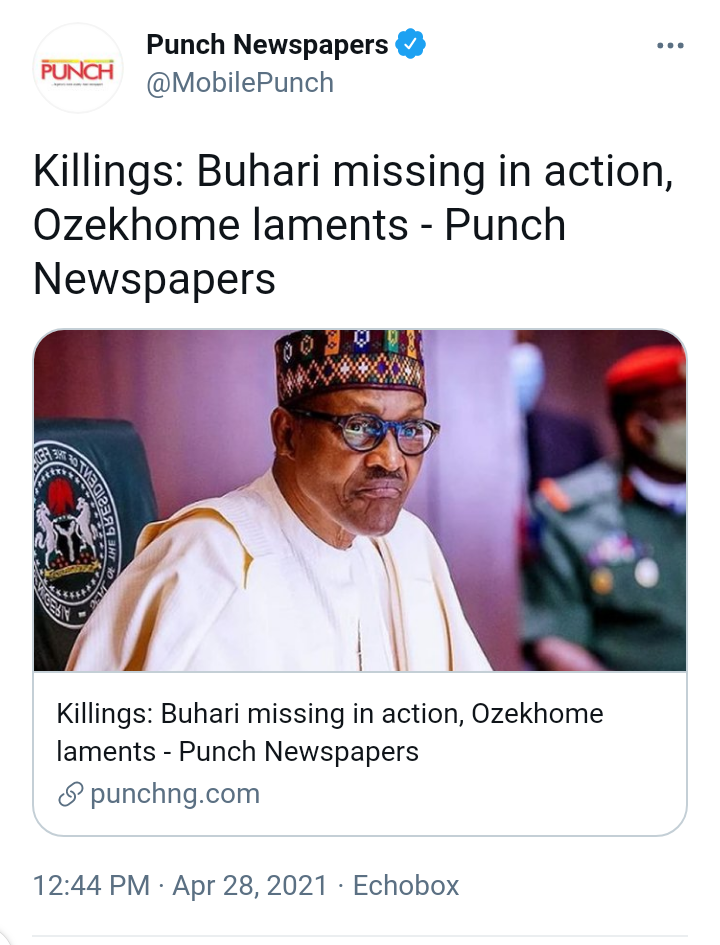 Ozekhome lamented the multiple attacks on lives and properties in the country this week which claimed at least 15 cops, five soldiers, and 20 civilians. This was apart from the killing of five abducted students of Greenfield University in Kaduna, amongst other crimes freely exhibited by terrorists, bandits and men of dead conscience. 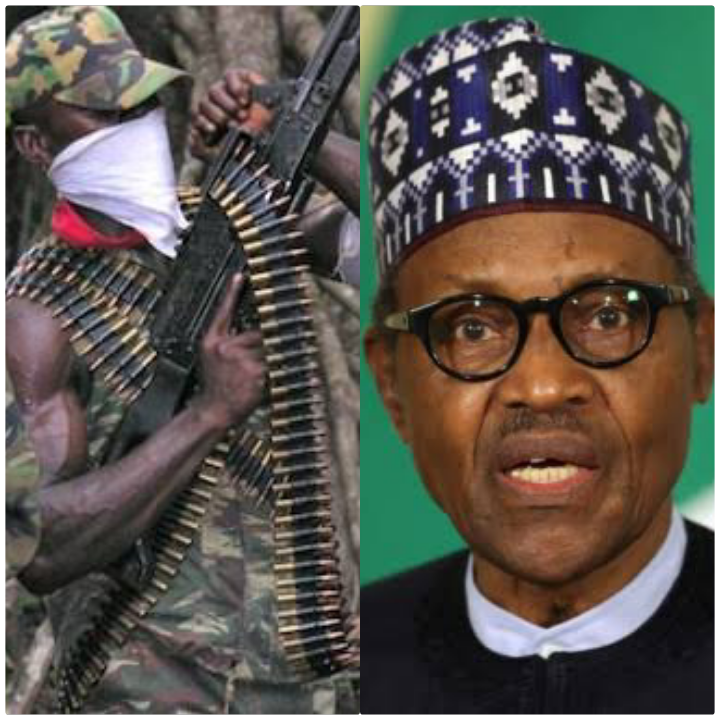 What's your thought on Ozekhome's statement about Buhari?

Ramadan is coming to an end, Check out the expected date for the Muslim festival

Ladies, Checkout 10 Different Ankara Dresses You Can Slay And Look Good In This Month Of May, 2021

Man Asked An Artist To Remove A Guy From His Picture, See What He Got In Return (Photos)