The nefarious activities of the now notorious 'unknown gunmen' have shifted its base to the once quiet city of Akwa Ibom.

Next to Imo state, Akwa Ibom has become one of the worst-hit states when it comes to the break down of law and order as characterized by the chaotic activities of the unknown gunmen. 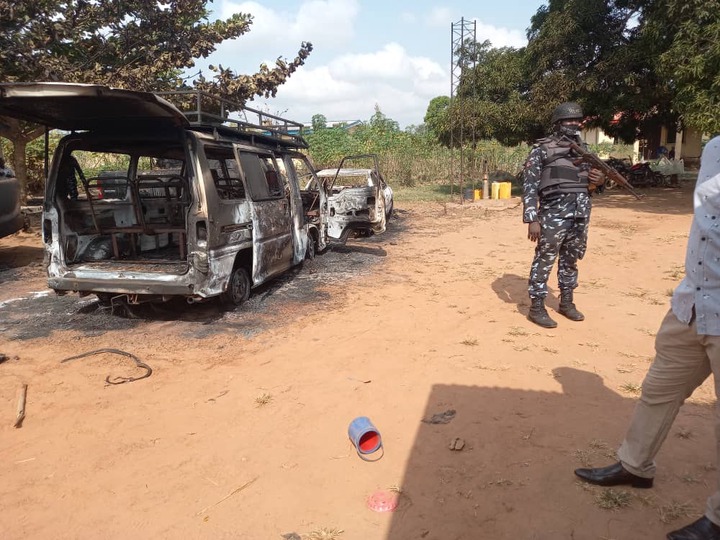 The gunmen had yesterday, stormed the divisional police station at Idoro Ekpe in Ini Local government area of the state. Thye had launched a gruesome attack at the police station killing over 6 people and one woman said to be a wife to one of the policemen. 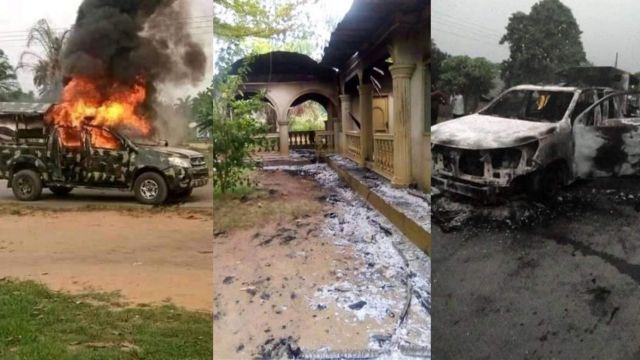 According to information by the police state PRO, Odiko Macdon, he stated that the 6 people killed were not all policemen but he failed to mention the exact number of police fatalities in the attack. 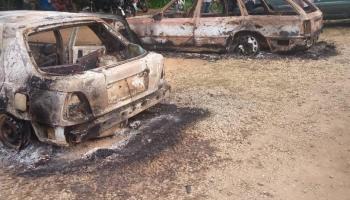 The gunmen had reportedly attacked the officers while there were sleeping.

Another report just received this evening has confirmed another attack on the police formation yet again, in Akwa Ibom state.

This time around the location was Mkpatak in Essien Udim LGA of the state. 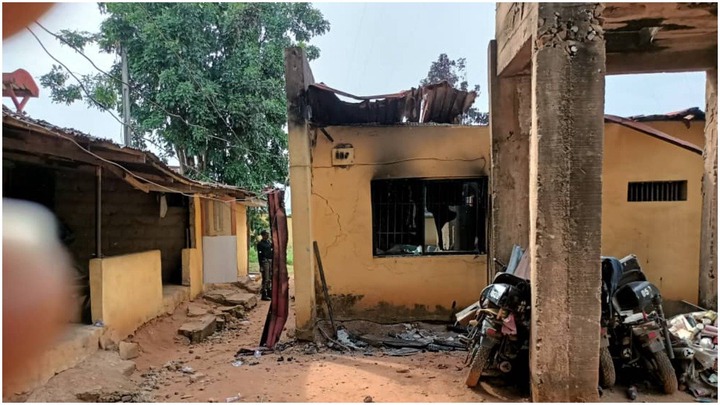 Gunmen had reportedly attacked the police station in the LGA and burnt it down killing 2 officers in the process.

The gunmen had attacked the policemen right in their operational vehicle killing them on the spot.

Within minutes of the attack at Mpatak, another police facility was attacked in Abak LGA. the Ikot Odon Otoro station, Abak 10 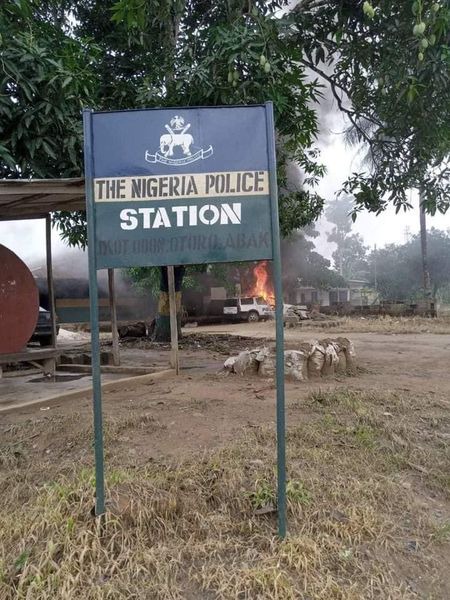 Although details of the attack remain sketchy, pictures, however, show burnt remains of some police vehicles and some parts of the police station on fire while no police officer is seen at the premises. 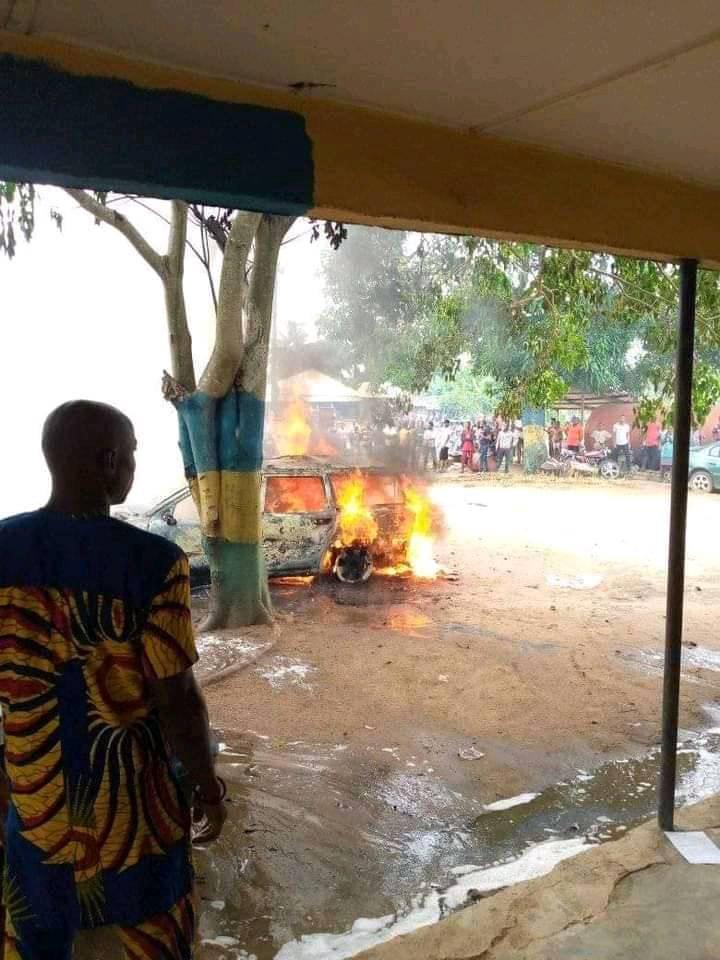 This is a really bad time for the state as the inflow of these gunmen into the state continues to be a problem which the security agencies have to work on before the state becomes another theater of war like Imo state.

The BBNaija Lockdown Reunion Housemates Ranked Based On Their Instagram Followers