Nyesom Wike of Rivers State has berated the Minister of Transportation, Rotimi Amaechi, for zoning the 2023 APC governorship ticket to the riverine areas of the south-south state.

The Rivers State governor stated that not even him as the incumbent governor had the power to determine who becomes a governor in Rivers. 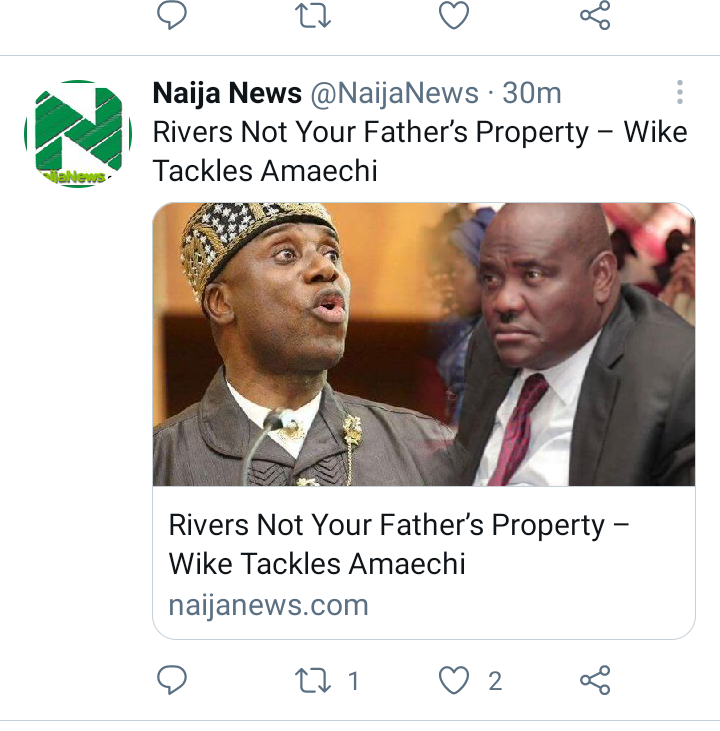 He stated this at the grand finale of the Peoples Democratic Party local government campaign rally in Bori, the headquarters of the Khana Local Government Area of the state on Saturday.

The Rivers governor also slammed the APC-led Federal Government for failing to keep its promises to Nigerians. 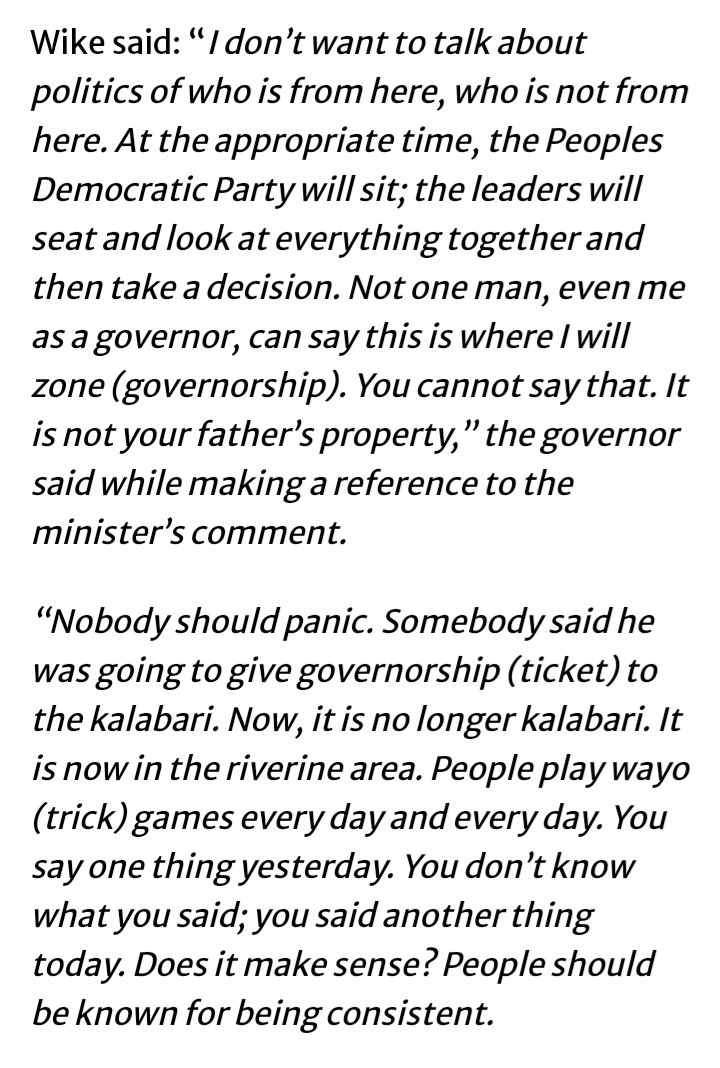 2) FG Asks Interpol For Help In Tracking Down 3,471 Fleeing Prisoners.

The Federal Government has asked the international criminal Police (INTERPOL) Organisation for help in tracking for the inmates who escaped in the recent jailbreaks in the country, including the most recent in Owerri, the Imo State capital. 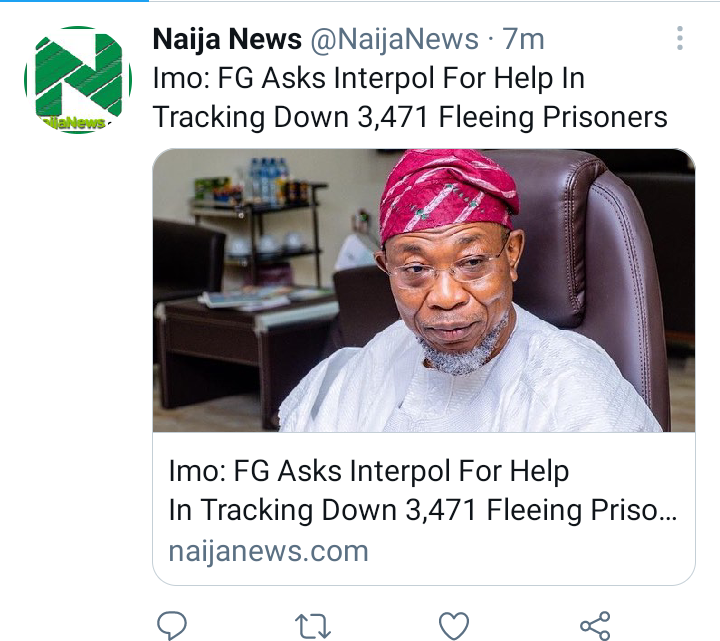 It was gathered that the Nigerian Immigration Service had also been issued an alert, noting that the data of the inmates were being compiled and would be sent to the relevant organizations in batches.

A senior official with the National Correctional Service on Saturday told The Punch that the number of “dangerous” inmates on the loose officially was 3,471, including those who escaped in Owerri. 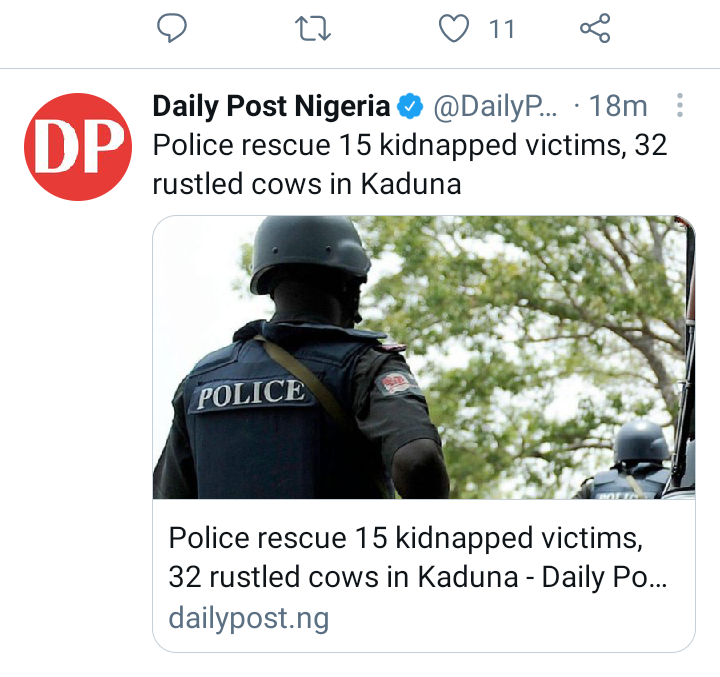 The command Police Public Relations Officer, ASP Mohammed Jalige, in a statement, explained that, “On the 8th April, 2021, at about 1525hrs, unknown gunmen suspected to be bandits in large number bearing dangerous weapons blocked Buruku – Birnin Gwari road around Unguwan Yako forest in an attempt to kidnap the occupants of two (2) Volkswagen vehicles.

The statement further explained that the operatives searched the entire area and successfully rescued fifteen (15) victims.

The Police Command in Zamfara says it has secured the release of 11 kidnapped persons in the state.

The command spokesman, SP Muhammad Shehu, announced this in a statement issued at Gusau on Saturday. 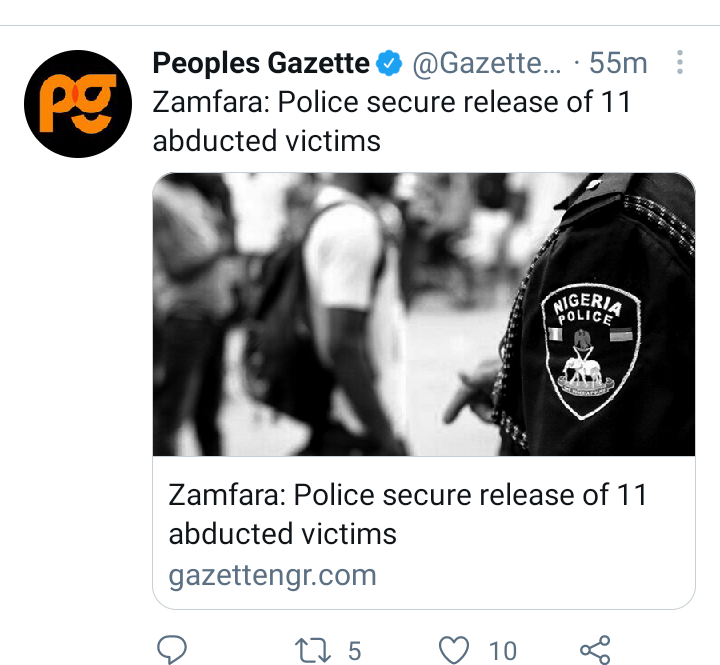 He disclosed that 10 out of the 11 victims are natives of Kyakyaka, Tungar Haki and Gidan Ango villages of Gusau Local Government Area in Zamfara, while the other victim is from Kaduna State.

He said that the rescue of the abducted victims were part of an ongoing peace process enunciated by Governor Bello Matawalle of Zamfara.

So, what do you think about these people that were rescued by the police in Zamfara?.

Stop Keeping These 5 Items In The Bathroom