The Supreme Council of Igbo Culture, Ohanaeze Ndigbo, has said that the Nigerian Army is accused of oppressing and killing Igbo youths, According to a report by Saharareporters; 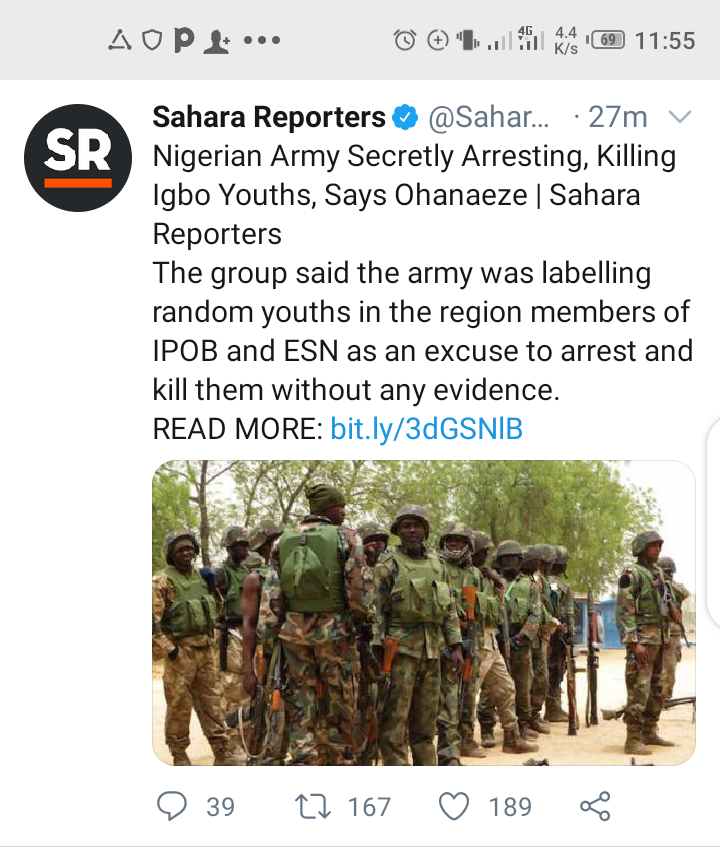 The group said in a statement through its spokesman, Chief Alex Ogbonnia, that the army was brandishing random youths in the name of Indigenous People of Biafra (IPOB) and Eastern Security Network (ESN) territory as an excuse to arrest and kill them without trial.

The Igbo Supreme Council has asked why the military cannot come after guns carrying the worst herdsmen occupying the Igbo region, kidnapping people for ransom, killing, raping and destroying farms instead of abducting Igbo youths from their villages. , describing them as IPOB, ESN and taking them to unknown places.

The statement said what the military was doing was an attempt to invade the South East by occupying an area under the control of a part of the country so that Fulani herdsmen could occupy the Igbo community.

The statement read, “Ohanaeze Ndigbo has been alerted around the world to the ongoing arrests of Igbo youths by the Nigerian Army.

"According to the report, the officers, who are under the command of the 34 Artillery Brigade, Owerri, have been arresting men and youths, especially in Oguta and Ohaji, since Sunday and forcing them into trucks. unknown places.

“Such a move violates any sense of justice and citizenship for the military to occupy certain Igbo communities in search of young people; most of them are talented university graduates whose society prevents them from working and enjoying their lives.

“For the military to arrest Igbo youths without evidence of violence, violence or crime is cowardly, uncivilized and generally accepted by Ohanaeze Ndigbo. We are adamant that it is not appropriate to arrest any Igbo in the name of members of a terrorist group unless there is strong evidence of criminal or illegal possession of firearms. 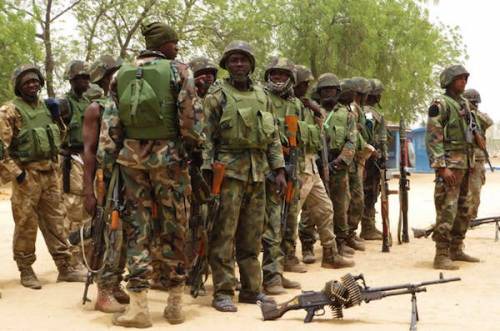 "We call on the Chief of Army Staff, Major General Ibrahim Attahiru, to immediately suspend all arrest warrants before he endorses the Visa and Immigration Recommendations to grant asylum to anyone who is committed to IPOB. and may be at risk of arrest or detention, as well as abuse that may be a trial. ”

Check Out Contemporary Nigerian Musicians Who Do Not Have Stage Names