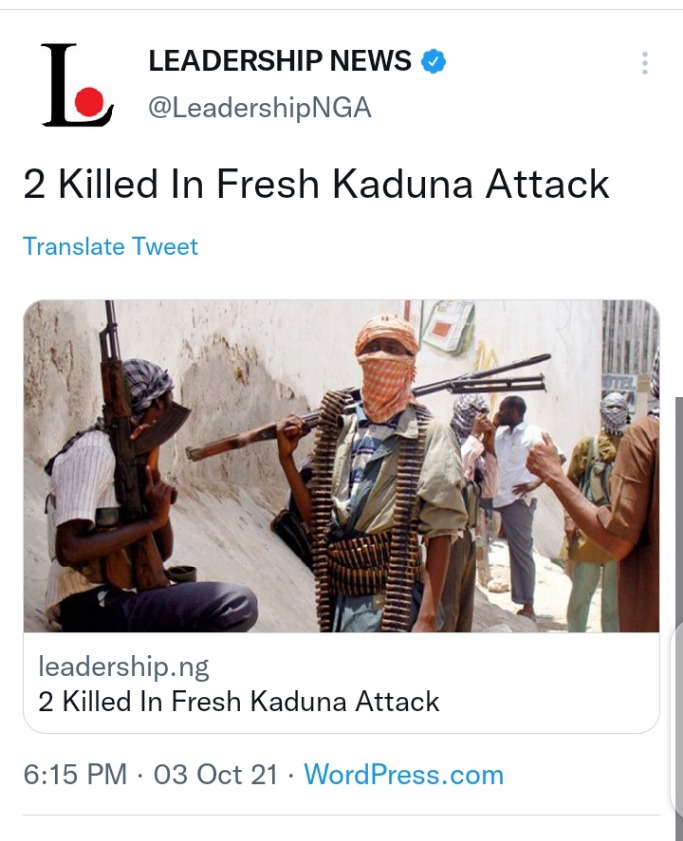 According to a statement issued by Samuel Aruwan, Commissioner, Ministry of Internal Security and Home Affairs, the troops of Operation Safe Haven reported the incident to the Kaduna State Government.

Aruwan explained that when the troops arrived at the scene of the incident, they discovered that the attackers had killed two residents: “Helen Lucky, Hananiah Elijah” 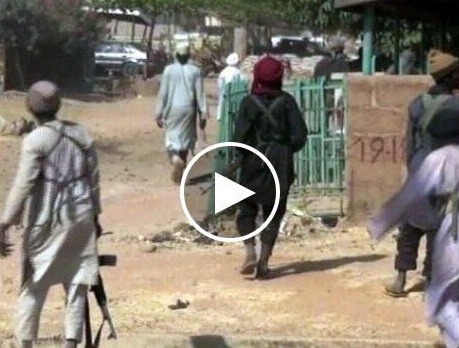 The Zamfara State Police Command announced on Sunday that it had successfully arrested 21 suspected notorious bandits and 48 collaborators during various raids conducted in September. 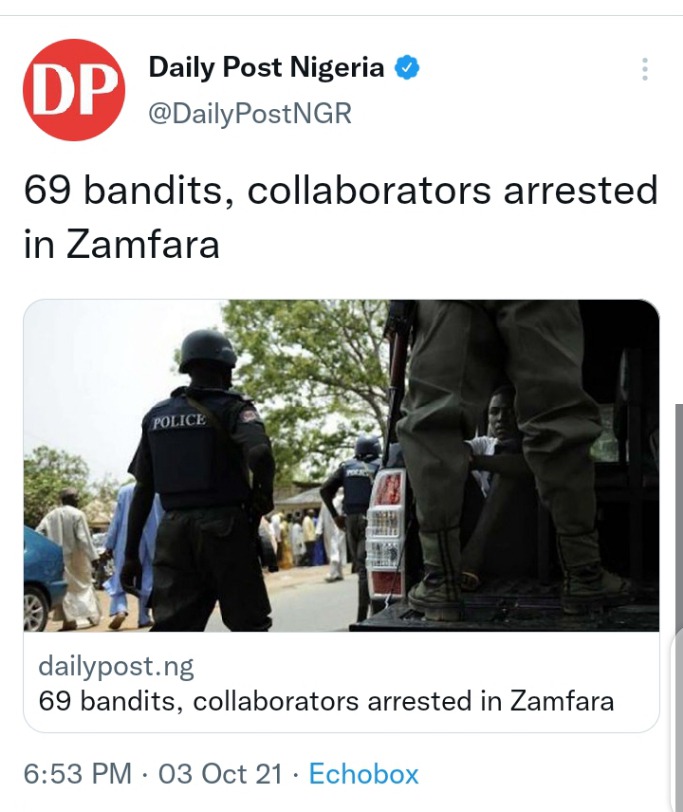 SP Muhammed Shehu, the state's Police Public Relations Officer (PPRO), made the announcement during a press conference in Gusau on the accomplishments of the state's security agencies.

According to the PPRO, five bandits on the security agencies' wanted list were also apprehended during the raids.

There was a fire outbreak at Rabsih Imec Nigeria Limited, a popular factory in Iwo town, Iwo Local Government area of Osun State on Sunday. 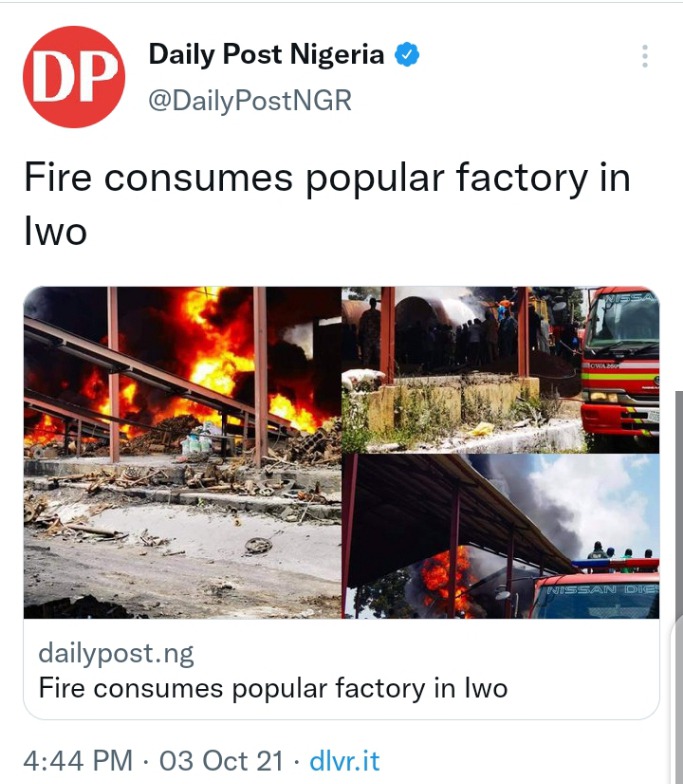 According to eyewitnesses, the inferno began in the morning and wreaked havoc on the factory.

The eyewitness also confirmed to DAILY POST that the source of the fire could not be determined due to the need to put it out quickly.

He revealed that the inferno had been put out by the combined efforts of the Osun State Fire Service, Iwo and concerned individuals but not after doing considerable damage to the factory and equipment.

The Nigerian Army will commence a nationwide “Field Training Exercises” to prepare its officers for the impending Yuletide season and end-of-year activities. 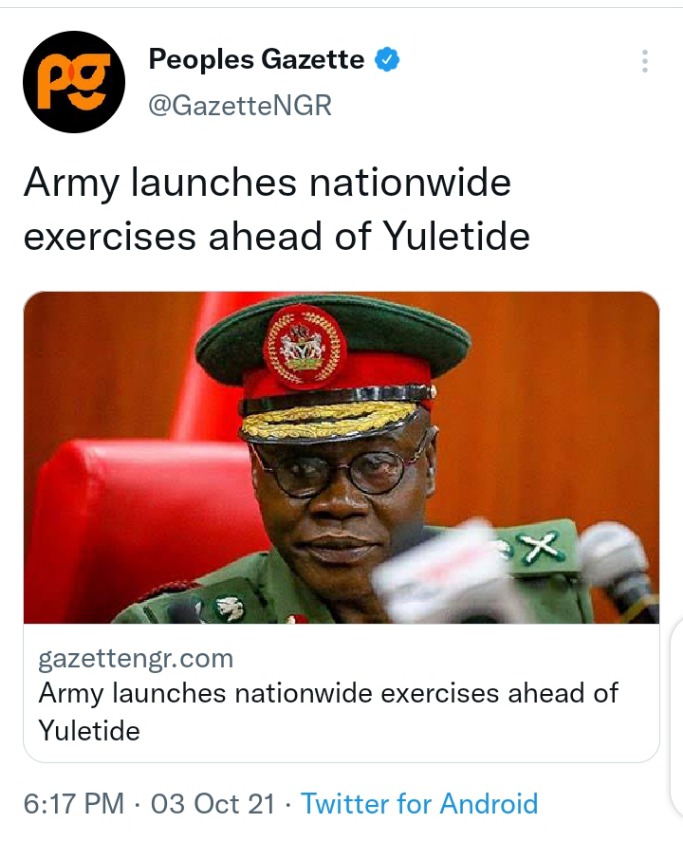 Mr Nwachukwu stated on Sunday that the army's move is to effectively check all forms of criminality and allow for free movement of people as Yuletide and end-of-year activities approach.

How Engineers Constructed A Highway Around Residents Who Refused to Vacant Their building In China.

OPINION: 2 Things To Learn From The Building Collapse In Lagos