By SapaFreeMe (self media writer) | 1 year ago 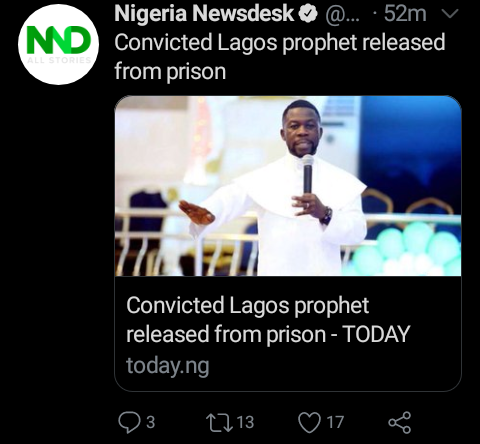 Good news this morning as the Senior Shepherd-in-Charge of the Celestial Church of Christ, Genesis Global, Prophet Israel Ogundipe, has been released from prison, as he joined his church members for Sunday service, however when he entered the premises of the Church, the worshippers were joyous.

It was revealed that a video was posted on Instagram by the church, as the convicted pastor was seen leading praise and worship, meanwhile, Newsmen had reported that the Court of Appeal in Lagos has granted Ogundipe a post-conviction bail, as a three-man panel on April 1 granted Ogundipe bail on the ground of health conditions.

However, Justice Olabisi Akinlade had on November 18 sentenced the popular prophet to one-year imprisonment for converting a woman’s property to his personal use and stealing, as the court had found Ogundipe guilty of stealing and unlawful conversion of the property of a London-based architect, Mrs. Oladele Williams-Oni.

Meanwhile, Justice Akinlade, who found Ogundipe guilty on two counts count of stealing and unlawful conversion of property not delivered, sentenced him to one-year imprisonment on each count and ordered that he should pay the complainant the sum of N11m, which he obtained from her illegally, however, while dissatisfied with the judgement, Ogundipe, through his counsel, Babatunde Ogala (SAN), approached the appeal court for bail pending the hearing of the appeal and an application to quash the conviction.

Judge Me By My Legacy" - Akpabio 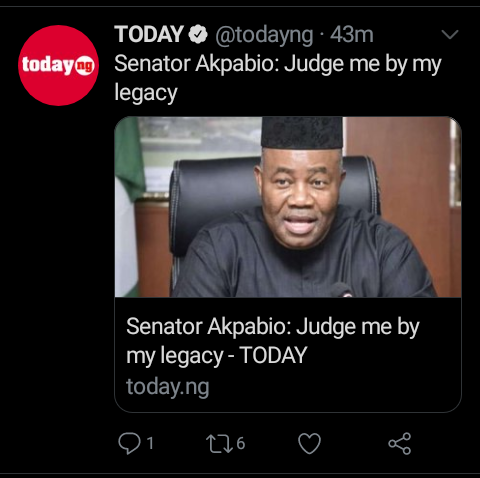 Senator Godswill Akpabio, the Minister of Niger Delta Affairs, has stated that he desires to be judged by the legacy he would leave behind and not by what critics say, he made this statement during the courtesy visit of the Alumni of the University of Calabar led by the Vice-Chancellor, Professor Florence Banku Obi, in Abuja.

However, While receiving the ‘Distinguished UNICAL Ambassador Award’ conferred on him by the Vice Chancellor of Unical, Akpabio stated that the award is an indication of his unceasing commitment towards infrastructural development and commitment to the growth of humanity.

A Source revealed that while he was expressing his gratitude to the Unical Alumni, the Minister dedicated the award to all politicians, who pass through ‘smear campaigns of politics’ like him and remain focused, as Senator Akpabio further stated that the Ministry would collaborate with UNICAL and relevant stakeholders to end the menace of insecurity especially in the waterways and restore the decayed infrastructure in the institution. 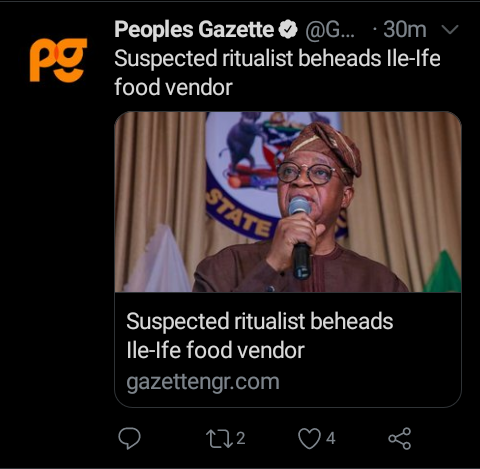 Terrible news in Osun State as Police laments that a suspected ritualist beheaded and cut off the hands of a female food vendor in Ile-Ife, as this killing happened on Saturday, this statement was released yesterday by the spokesperson for the force, Yemisi Opalola, the police said they were on the trail of the assailant.

Peoples Gazette revealed that Ms Opalola explained that the woman, known as Iya Elekuru, was lured into a building by her killer, under the pretence that he wanted to buy food from her, as it was gathered that a herbalist (suspected to be the culprit) was lived in the apartment the woman’s body was discovered. 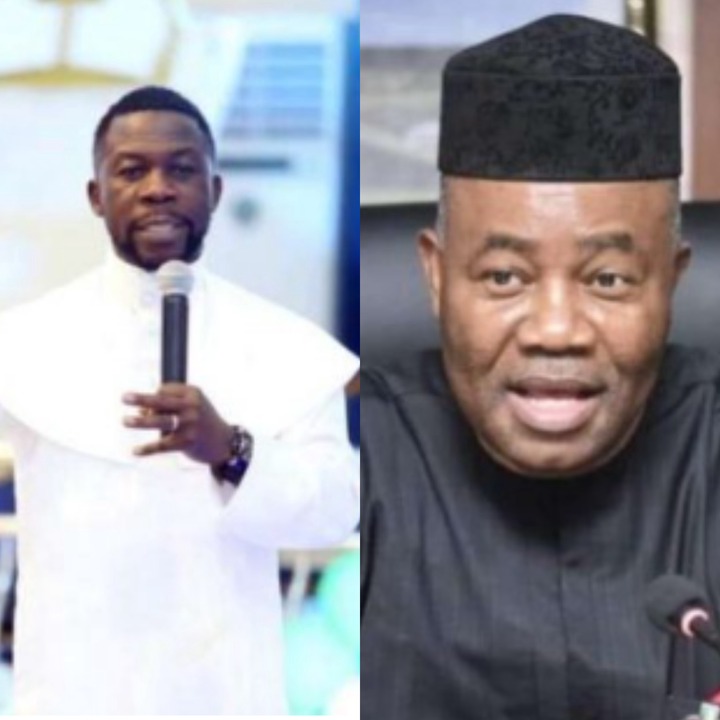 What's your thoughts about this article.

Content created and supplied by: SapaFreeMe (via Opera News )