(EXCLUSIVE): How road medians, walkways have been turned into refuse dumpsite in Ibadan

By Osfem (self media writer) | 6 days ago

The refuse situation in Ibadan, the Oyo State capital, needs urgent attention in order to save many residents of the city from contracting any communicable disease. The heaps of refuse that dot many major roads in the city, especially at the road medians and walkways, surely calls for concern in order to avert any impending health crisis.

For some time, I observed that on many roads that I passed through, the way residents dump refuse on the main roads was becoming very worrisome. So, on Wednesday, October 13, I decided to move around some areas in Ibadan to see how heaps of refuse are gradually taking over road medians and walkways. The first area I visited was the popular Mapo Hall beside the Oja Oba area of Ibadan where the walkway in front of it had become an eyesore due to the heaps of refuse there.

Although a large refuse bin was placed in front of the imposing building, only God knows the last time official refuse collectors came to pack the heaps of refuse there.

Since the refuse inside the large bin was not evacuated and the bin had been filled up, residents have continued to dump heaps of refuse beside it, causing the refuse to spill into the road and the walkway. This is causing discomfort for those passing through the area.

Situation in front of Mapo Hall

Also, the situation at the J. Allen Junction at the commercial area of Dugbe in the city calls for serious concern over heaps of refuse packed inside polythene bags dumped at the road median in the area which were found to have been there for some time.

It was gathered that people, especially traders in Dugbe, known as the commercial nerve centre of Ibadan, always pack their refuse inside polythene bags and are in the habit of dumping those refuse on the road median at the intersection when going home. There seems no official refuse collector in sight to remove the heaps.

Due to the fact that there are no refuse collectors to remove these heaps, the traders come on a daily basis to dump the refuse on the road median, causing them to spread into the highway. 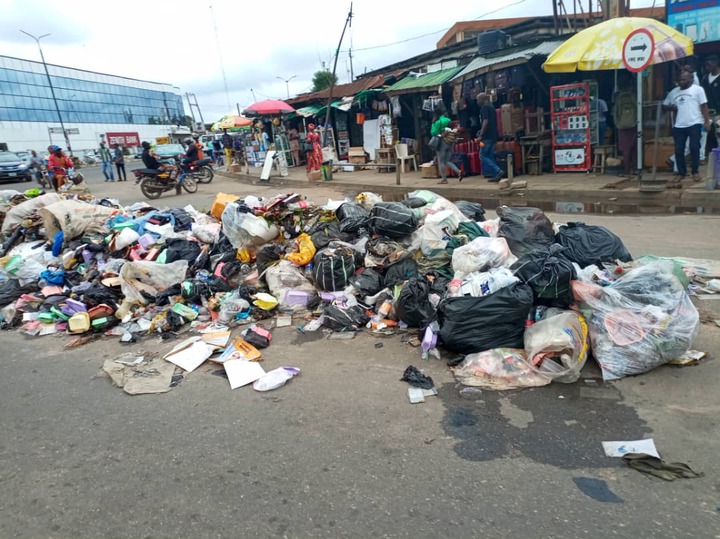 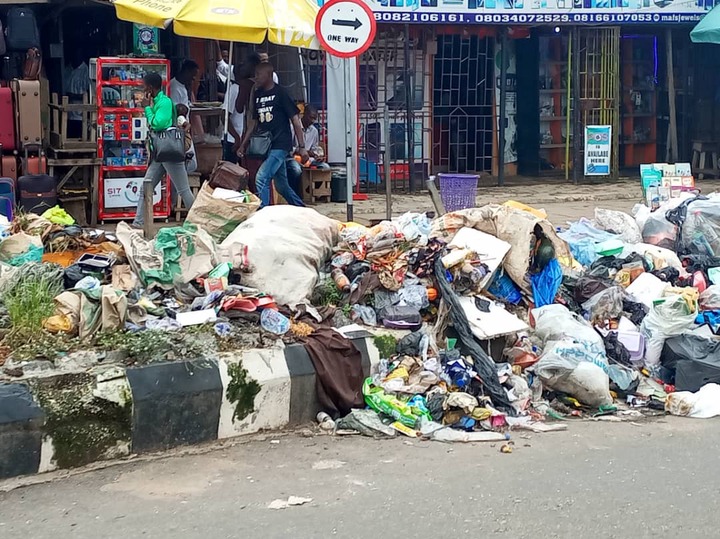 Heaps of refuse at J. Allen area of Dugbe

At the Jemibewon/Onireke area of the city, the stretch of the road that leads to the Ibadan Golf Club and Sabo area have practically been taken over by refuse, especially the walkway, with residents said to be always dumping the refuse on the walkway at night. 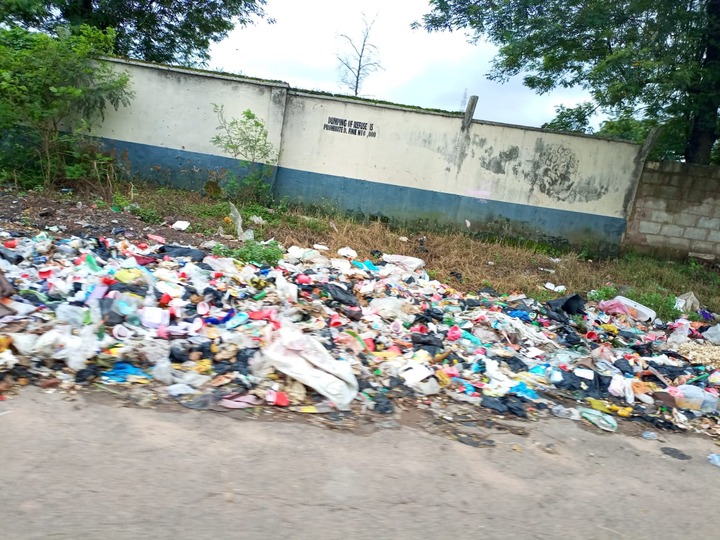 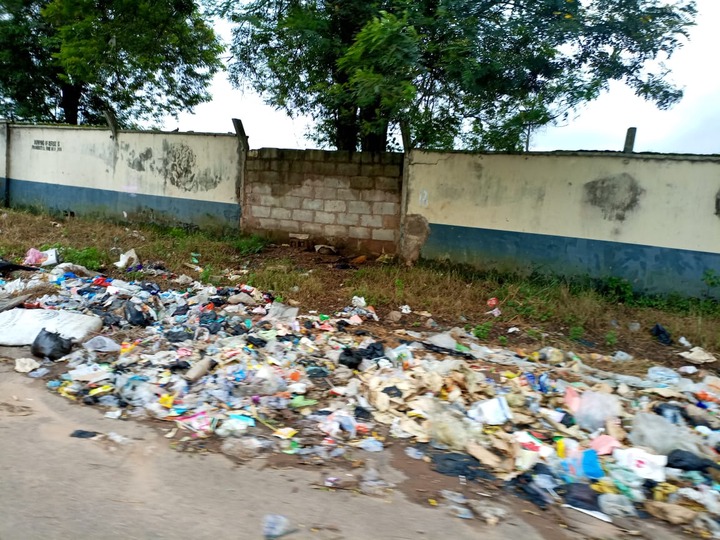 Situation at the Jemibewon/Onireke area of the city

At Iyana Adeoyo area on the ever-busy Ring Road, the road median on the stretch of the highway that leads to Ososami part of the town is also increasingly being taken over by heaps of refuse which residents dumped there at night.

In fact, it is not unusual to see a clean road median in the night only to be full of refuse the following morning. 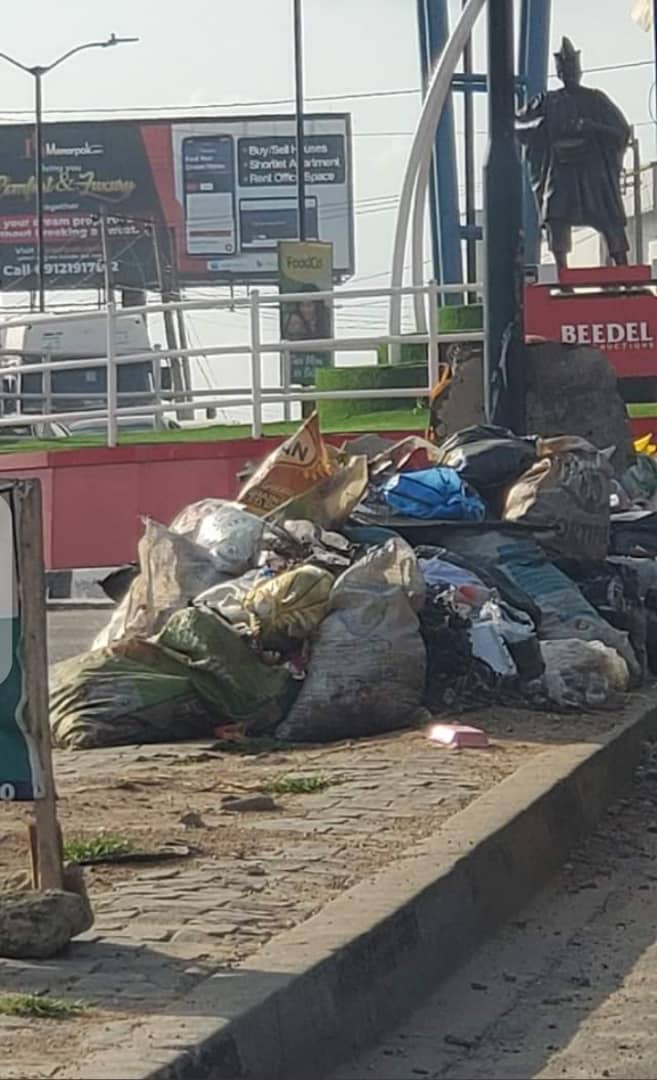 However, the government needs to give the issue of refuse disposal the needed attention it deserves by encouraging effective performance of as many private waste collectors as possible in every community as this may reduce to some barest minimum the dumping of refuse on Ibadan highways and walkways by the residents.

One Mistake Men Should Stop Making When Eating Watermelon

5 Simple Tips to Make Your Rice Healthier and More Nutritious