2 Things Nigerian Police Did After a Baby Allegedly Got Shot By Policemen, That Should Be Commended

By CHRISTIANFORUM (self media writer) | 8 days ago

The report of a baby who Allegedly got shot by some policemen has really caused many reactions online. All Nigerians are praying for the survival of this baby, and the mother of the child is in pain at the moment. The baby is battling for life, and only God knows the fate of the child.

According to Reports on BBC Pidgin, This baby got shot while the mother of the child was running due to police shootings. It was reported that some policemen entered the community and the moment they entered, some boys saw them and started running.

While these boys were running, the police shot in the air and other people also started running.

An eyewitness alleged that while people were running, the policemen started shooting directly and the bullet affected the child.

In my opinion, I think the police should be commended for their actions after this incident happened. Below are these two actions:

Paying The Hospital Bill: According to reports, members of the Nigerian police force paid the sum of N200k, to the hospital where this seven months old baby is receiving treatment. It was reported that the mother of the Victim was selling food by the roadside when the incident happened. 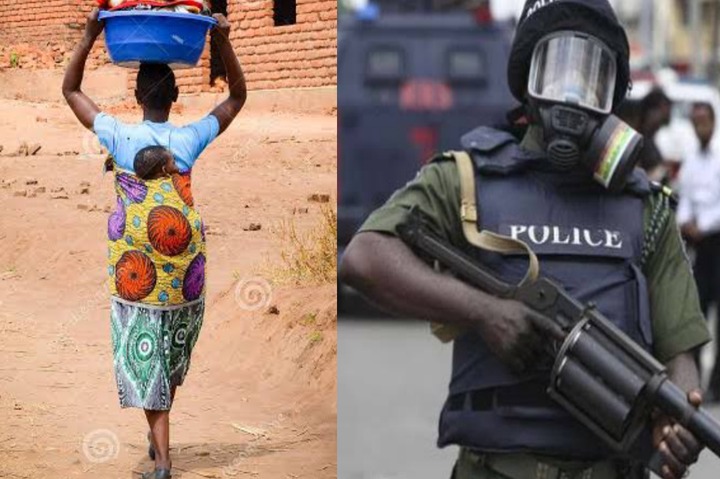 She left her food and started running with her child, but started hearing her child crying hard. Luckily for her, a family opened their door for her to run in.

When she entered into the house, she noticed that something like liquid was touching her body and when she checked, she noticed that the right hand of her child has been affected by bullet and blood was rushing from the hand. The bones of her right palm and fingers got scattered by the bullet.

The baby was taken to the hospital and treatments are ongoing.

If not for the help of the Nigerian police, I think it would have been difficult for this woman to pay such a huge amount of money as hospital bill (Deposit). Where would a roadside food seller get such an amount of money from?

The arrest of the officers: It was reported that the police has finally arrested those Policemen who were involved in this act. It is indeed a good decision. This will enable them to investigate this properly and prosecute those four guilty.