By Infowellness (self media writer) | 9 months ago 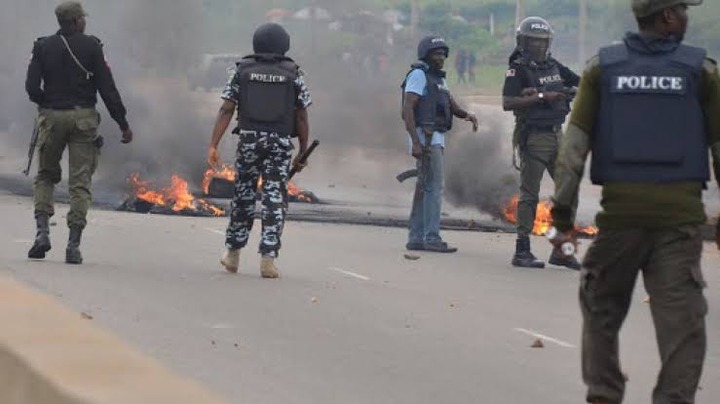 The Enugu State Police Command has verified a deadly attack on officers at a roadblock in the Obeagu-Amechi Community in the Enugu South Local Government Area.

According to a report from WITHIN NIGERIA, the village is located on the outskirts of the Enugu metropolitan area.

Following the attack, the bodies of at least four police officers were discovered, as were the bodies of other passers-by, including a clergyman.

The number of victims on the side of the unknown gunman responsible for the attack is unknown.

During the attack, the gunmen set fire to a police patrol van.

“Information surrounding the shooting incidents in the evening hours of Wednesday, 21/07/2021, where Police Operatives were allegedly attacked by yet-to-be-identified gunmen at checkpoints in Obeagu-Amechi in Enugu South LGA and Amagunze in Nkanu East LGA is still sketchy,” said ASP Daniel Ndukwe, a spokesman for the state police.

He stated that preliminary investigations had begun and that further information will be made available when it comes.

According to sources, the attack began around 5:30 p.m. on Wednesday at a busy intersection in Mmiri Ocha Amodu and lasted until 7 p.m.

Four police officers, one pastor, and a neighborhood watch officer were among the dead transferred to the University of Nigeria Teaching Hospital, Ituku – Ozalla mortuary, according to a source.

“The gun war was very fierce,” the source said, “it transpired along Obeagu – Amechi Road to Agbani Nkanu, just a few kilometers from Enugu State capital.”

“While the attack was going on, there was a lot of commotion and stress, and people were rushing in different ways.

“I believe the cops were caught off guard,” he claimed.

Another source said that operatives from the Amagunze police division set up an ambush for the fleeing gunmen and that several of them were killed.

Content created and supplied by: Infowellness (via Opera News )