By Newsn (self media writer) | 9 months ago 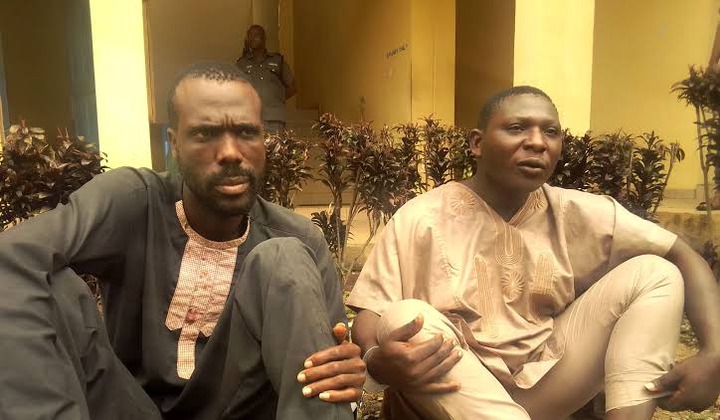 According to the story shared by Within Nigeria, the 2 herbalists identified as Fadare Afolabi and Faseun Afolabi were arrested by the police for killing and using one of their clients, Ayo, for money rituals. According to reports, both suspects connived to use the victim for their rituals instead of rendering the service that the client requested.

The principal suspect, Faseun Afolabi, maintained that late Ayo approached him for money rituals. But, according to Faseun, he had not done such a ritual before. So he confided in a friend, another herbalist, Fadare Afolabi, who advised that Ayo, who came for money rituals, should be used instead to carry out their own money rituals.

Faseun took the advice of Fadare, so Ayo was murdered. Ayo was reportedly strangled, butchered and the body parts shared between the two herbalists. Faseun reportedly sold his share, while Fadare used his share for money rituals.

But, unfortunately, they got arrested after the police launched an investigation regarding the whereabouts of Ayo following the complaint filed by his mother at the police station.

The 3 Lessons to learn from the story:

1.Evil communication corrupts good manners: from the story, the principal suspect claimed that he had never helped any client with money rituals, but when he confided in his friend, Fadare, he was given the wrong advice and, however, led to the death of his client.

2. Nothing is hidden under the sun. After they allegedly killed the victim, used some of his body parts, and buried his remains, with the hope that no one would discover their little secret, the police started their investigations and everything they did in secret was revealed. It is just a matter of time, whatever you do in secret, will one day come to the open.

3. The quest for fast wealth will lead one to an early grave. Ayo went to Faseun for money rituals so that he could get quick money, but, unfortunately, he was sent to his early grave as he was used for rituals instead. Even the herbalist that used Ayo's body parts for rituals is now in police custody and if prosecuted might get a death sentence.

Don't be in a rush because if you rush, you might get crushed. God's time is the best.