What Happens To The Bodies Of Those Who Are Executed By The Electric Chair? 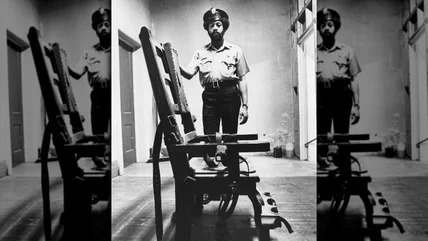 An interesting fact about the electric chair is probably that it was invented as a way to end people's lives without causing them much pain. Executions in the past have often taken interesting turns, people had to die slowly and painfully in various inhumane ways. When found guilty of a crime worthy of capital punishment, the law often forces death upon individuals in ways that weren't particularly good. People died by hanging, people were killed by pressing weights on them and so many other ways that were simply horrific.

However, to put an end to these, a Dentist's in 1881, after seeing a man get electrocuted, decided in his heart, that the deceased seemed to have died painlessly, and as such, death by electrocution should be adopted as the new way to enact the capital punishment. So the process began, and by 1890, at a New York prison, an inmate convicted of murdering his wife with an ax became the first person killed by the electric chair. 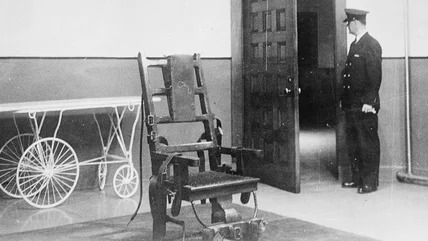 Since then, the records according to the Death Penalty Center in America have shown that at least 4,374 people have been out to death by jolts of electricity coursing through their bodies as they took their final breaths on the electric chair. Interestingly, before a person is attached to the chair, the inmate is first shaved and strapped to the chair, then a moist sponge is out on their head and covered by an electrode shaped to fit their skulls. Another electrode is then attached to their legs, and finally, they are blindfolded.

The execution team then leaves the death chamber, usually fitted for the inmate who is to face the penalty, and then they all walk into the observation room, where they are Separate from the inmate with a glass that ensures they can view what happens to the inmate. The warden then gives the executioner the go-ahead to flip the switch, which will immediately send 500 to 2,000 volts of electricity into the convicted person's body for 30 seconds at a time. Between each shock, a doctor waits for the body to cool enough so that they can check for a pulse. This goes on until the person dies, the Death Penalty Information Center explained. 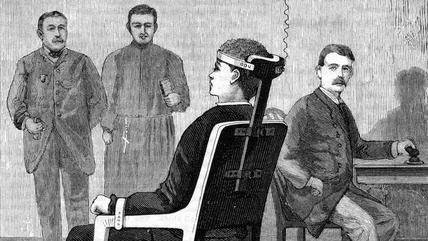 The electricity that courses through the body of such an individual sitting on the electric chair is often so much that it would be unbearable for the brain. While this happens, the person's skin and muscles heat up, almost as though it is being cooked. Steam and smoke begin to make their way out along with the unshakable smell of burning flesh.

According to Death Penalty Information Center, "The prisoner's eyeballs sometimes pop out and rest on [his] cheeks. The prisoner often defecates, urinates, and vomits blood and drool. The body turns bright red as its temperature rises, and the prisoner's flesh swells and his skin stretches to the point of breaking. Sometimes the prisoner catches fire," former U.S. Supreme Court Justice William Brennan once described. "Witnesses hear a loud and sustained sound like bacon frying, and the sickly sweet smell of burning flesh permeates the chamber."

The San Diego Reader also noted that the "electrical current mostly goes through the muscles and veins, traveling into the sinuses, eye sockets, and brain and down through the electrodes attached to the legs. There is so much damage being done that it's not fully understood which aspect causes death." San Diego Reader also explains, as noted by Grunge that though, when it's done right, death is likely caused by heart fibrillation and paralysis of the brain centers that control breathing. Ideally, that happens before the person dies from simply being charred to death.