It was the end of the road for four young men who were described as kidnappers and were said to have escaped from Edo State as they were arrested inside a mud house in a community in Delta State by the operatives of the Delta State Police Command, it was announced on Friday, July 29.

The Public Relations Officer of the state police command, Bright Edafe, who announced the arrest of the four young men who he described as suspected kidnappers on his Twitter handle on Friday, disclosed that the young men were trailed to the mud house by the cattle market in Oghara following intelligence gathered by the operatives of the command. 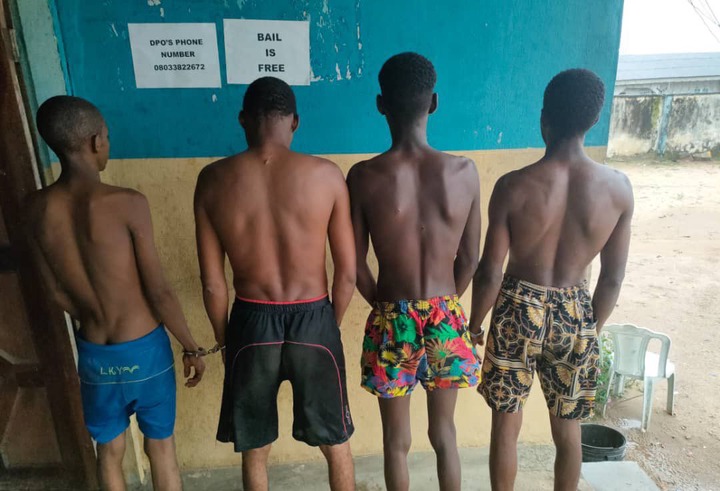 (Caption): The arrested young men, as posted by the Delta State Police Command's PRO on his Twitter handle.

The police PRO disclosed that preliminary investigation revealed that the kidnappers escaped from a police station in Edo State, with one of them having a gunshot injury, and they had hidden in the mud house which was by the cattle market for some time before the police operatives of the Delta State command fished them out.

The Police PRO added that when investigation is eventually concluded about their activities, they are expected to be transferred back to the Edo State Police Command for further action.

According to his tweet: The command has arrested four male suspected kidnappers who escaped from Edo State, one of them with a gunshot injury. Acting on intelligence reports, The command trailed them to a mud house by cattle market in Oghara. They will be transferred to Edo State." 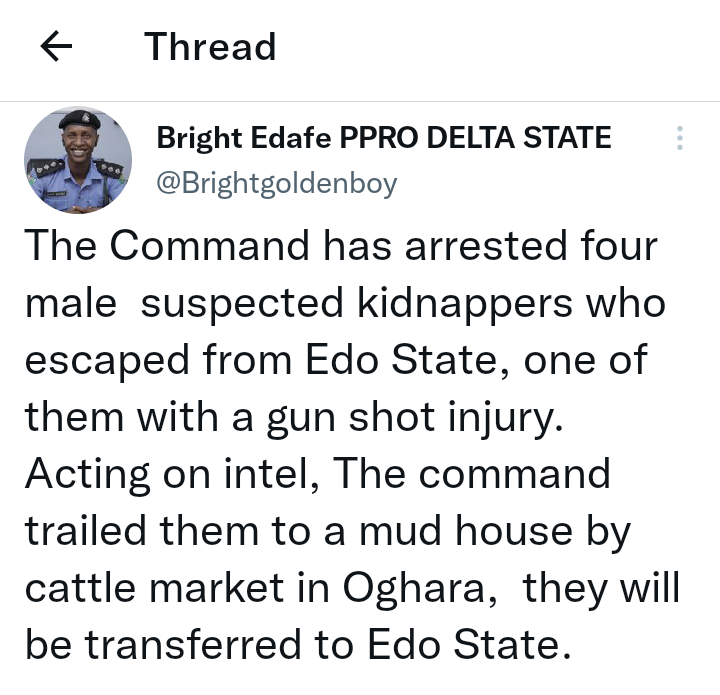 (Caption): Screenshot of the tweet by the Delta Police PRO on the matter.