By Sundaily (self meida writer) | 21 days 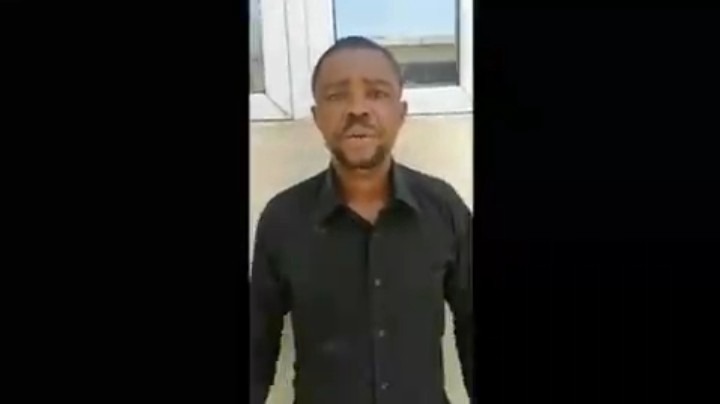 1 Timothy 6:6 - 7 says...."But godliness with contentment is great gain. For we brought nothing into the world, and we can take nothing out of it."

You will agree that everything in life has its advantage and disadvantage. And one thing virtually everyone on earth wants to get is 'Money'. And that's good, money is good but it has it's own disadvantage. There is a saying that, 'money is the root of all evil'. However, I will be showing you what a man was caught doing on a CCTV camera in front of a police officer.

Who Is He And What Was He Caught Doing? 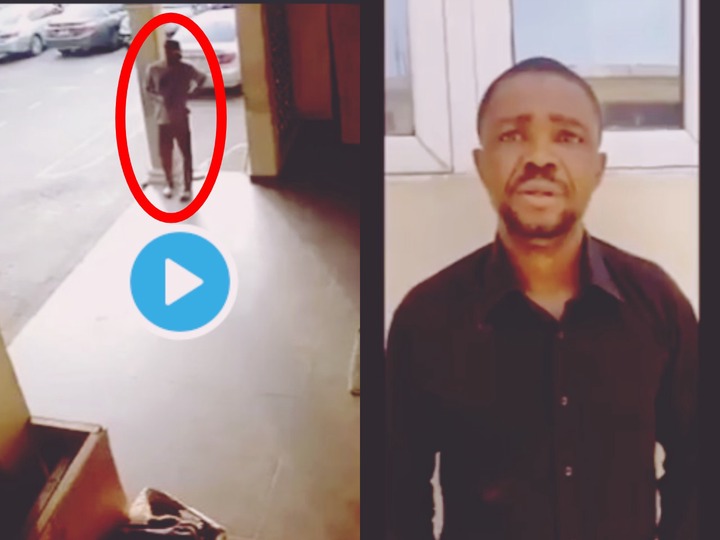 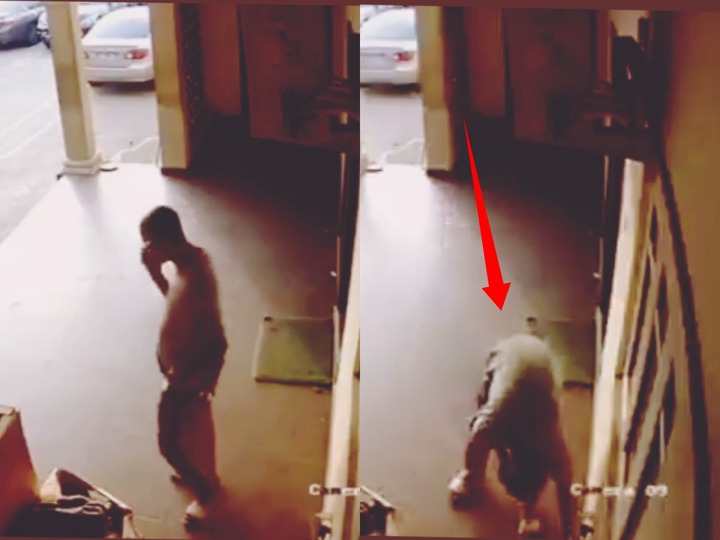 A video that has surfaced online showed how the man stole a phone in front of a police office. According to what was revealed in an interview after the man was later caught by the police, the man said his name was Daniel. However, from what could be seen in the video, the man who is from Benue state was standing in front of the office and it seemed as if he was making a call. Well, he suddenly moved closer to where a phone had been charging by the side of the wall and unplugged it. And immediately he did it, he hid it in his pocket and walked away. 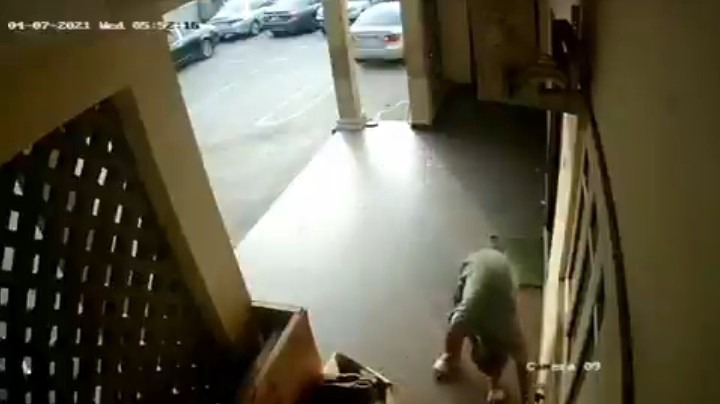 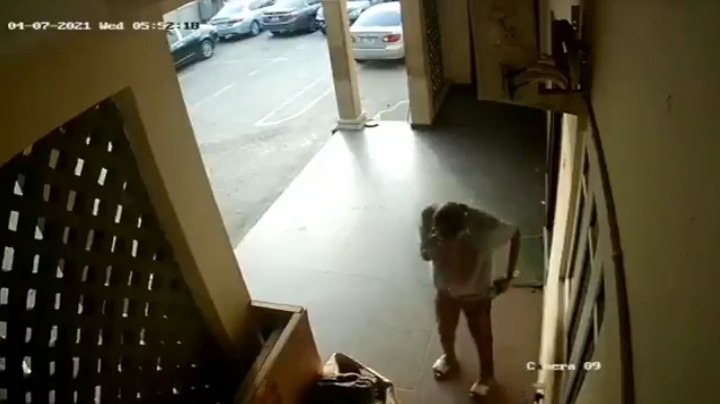 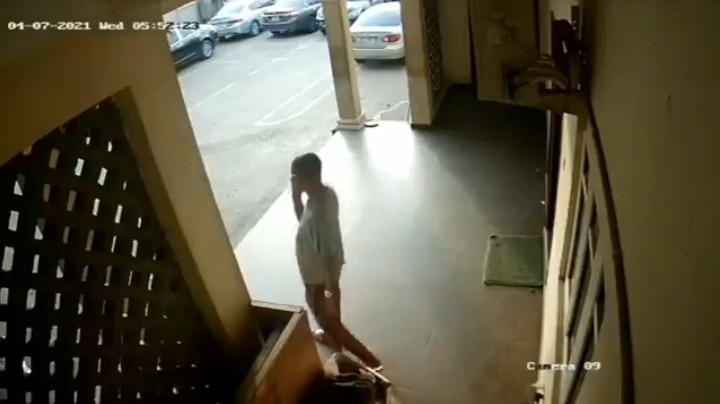 But unknown to him, a security camera had captured everything. And when he was interviewed he revealed that he had been a police corporal before. But he was dismissed after he accidentally shot someone dead in 2014. And according to him, his wife left him after he lost his job. However, when he was asked about what the name of the phone was and how much he sold it, he said that the ne of the phone was infinix S5 and he sold it for N37,000. And while he added that he sent some of the money to his family, he also claimed it was the first he stole something. 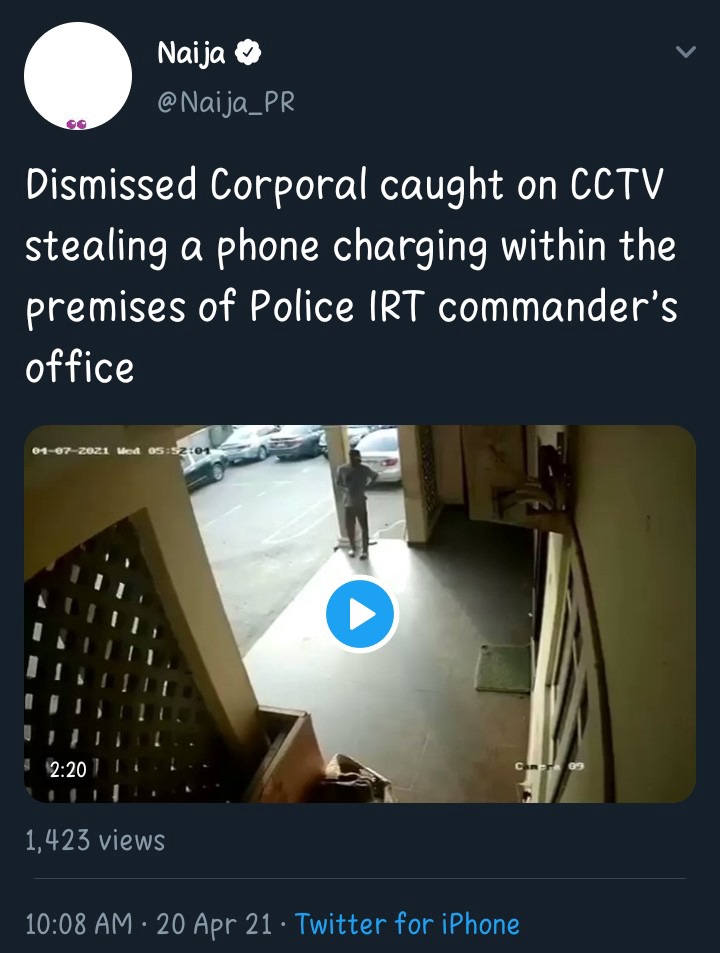 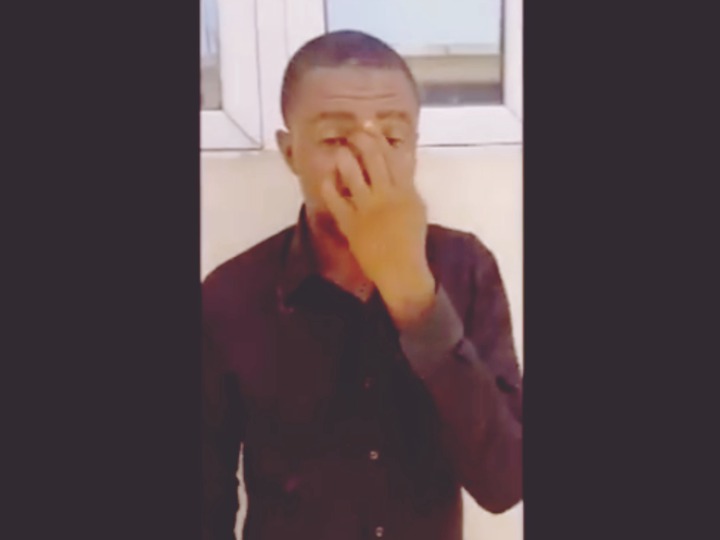 Well, here are people's reactions to what he did.... 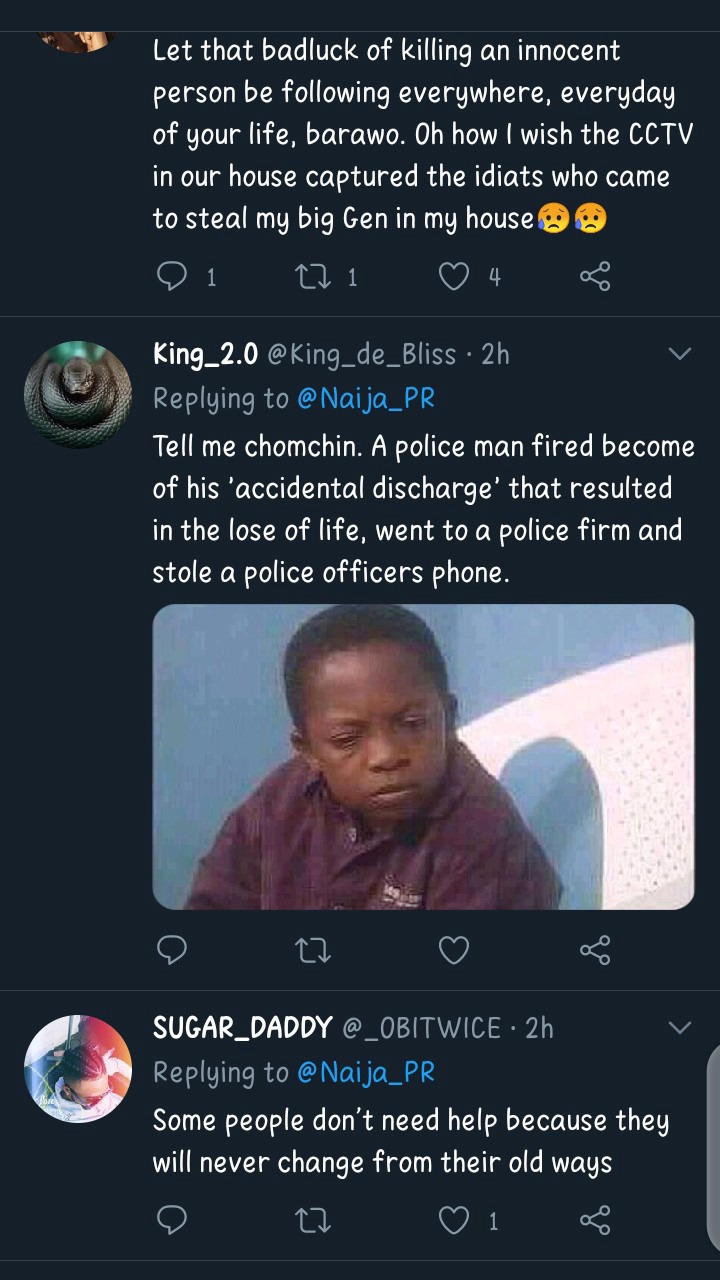 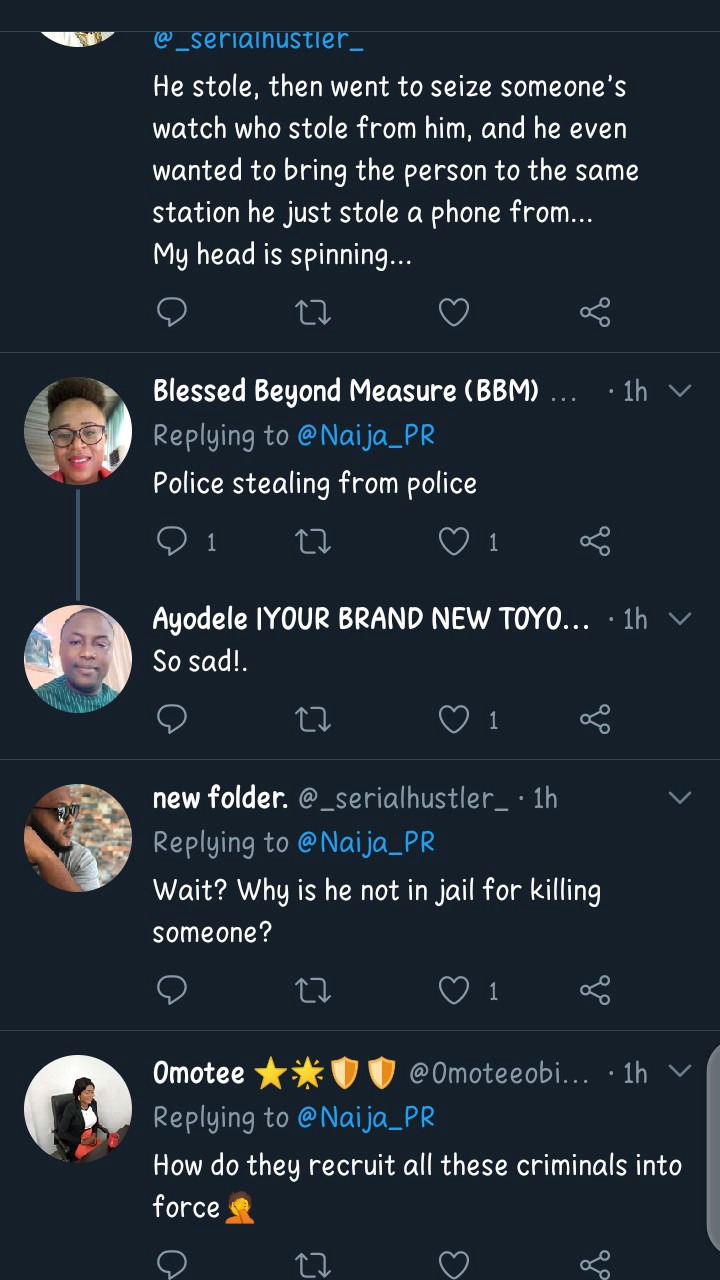 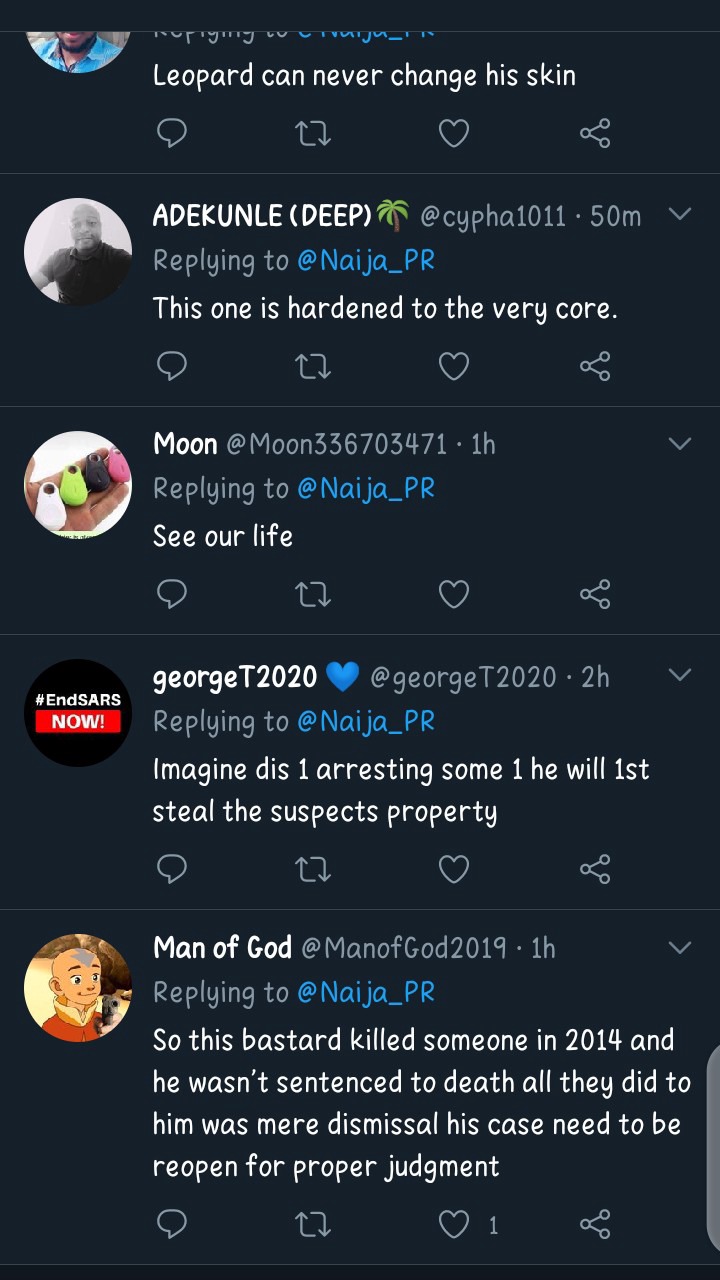 It's Few Days To Sallah; Checkout The 3 Kinds Of Meat You Should Avoid During The Festival

45 Photos Of Ini Edo Rocking And Slaying In Gorgeous Outfits

Video: Rosy Meurer And Her Husband Steps Out In A New Style, Check Out Photos