The incidence of building collapse in some areas in Lagos State has always been a source of concern to many residents as there are six recorded cases of buildings getting collapsed and trapping occupants while in some cases, causing death of some of those living in the houses.

Just on Monday night, October 18, around 10:00 p.m., the latest of the cases of building collapse in Lagos was recorded at the Jumofak Bus-Stop, Haruna, Ikorodu area of Lagos State, causing the death of a young man while about 15 other occupants were rescued. 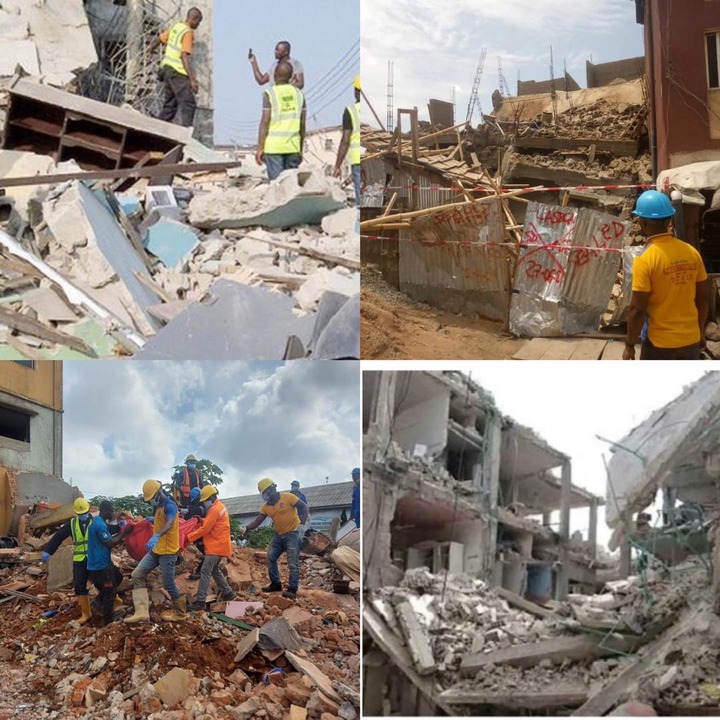 There is no doubt that many buildings in some areas in Lagos State, especially in Lagos Island, are in various stages of distress while some of the buildings that have been found to be distressed by the government are still being occupied as the occupants refused to leave after they had been told to move out of the buildings.

The Monday night building collapse brings to six, the number of buildings that have collapsed in the state in the last 10 months, just as there are fears that more buildings that are in various stages of distress may give way any moment from now.

According to information gathered from the Lagos State Emergency Management Agency (LASEMA) on both its website and Facebook wall, the cases of building collapse in the state in 2021 started in February while the latest one happened on the night of October 18.

According to the information, on February 8, 2021, one person was injured following the collapse of a building at Elegbata Street in Apongbon area of Lagos Island. The collapse occurred during a failed controlled demolition attempt by the owners of the property.

The building that collapsed was said to have fallen on one adjoining building and officials of LASEMA had to cordon off the said building and later marked it as distressed. 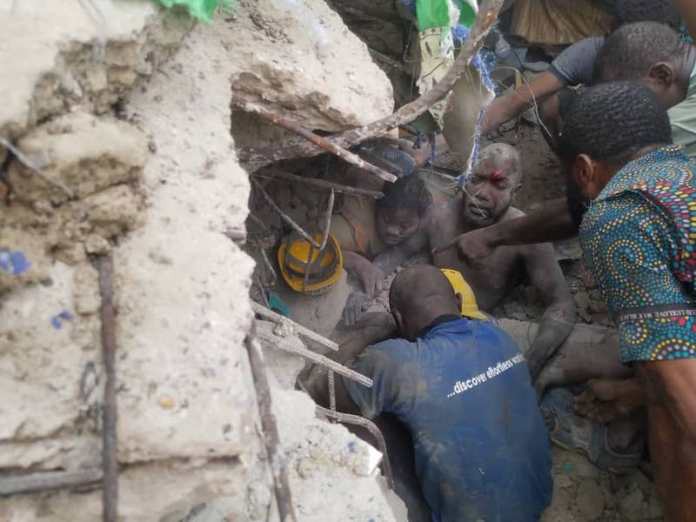 On June 16, 2021, a three-storey building collapsed at Number 39, Hughes Avenue, Alagomeji, Yaba, after the balcony of the last floor caved in shortly after a heavy rainfall. Fortunately, there was no casualty as occupants quickly moved out of the building after the balcony caved in. 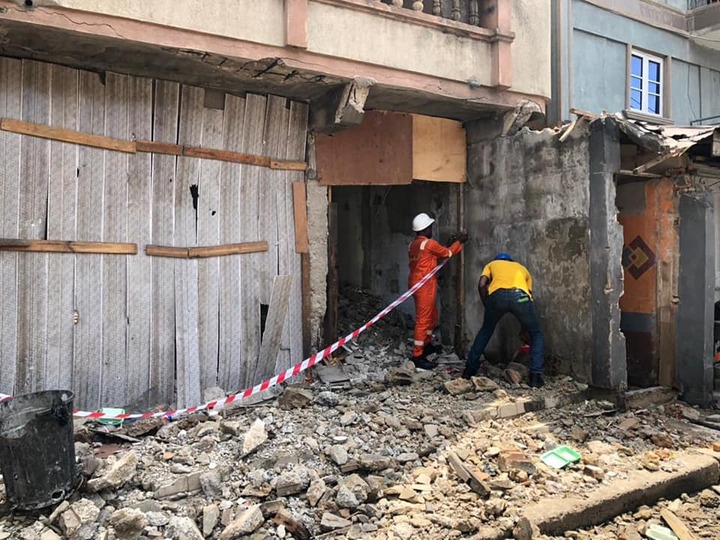 On June 28, 2021, scores of workers narrowly escaped death when a three-storey building under construction suddenly collapsed at Olufiditi Street, Alaba Oro area of Lagos State. The incident happened following a windstorm that swept across the area after a heavy rainfall.

It was gathered that some workers who were still under the uncompleted structure escaped when the foundation of the building started shaking before it finally collapsed. 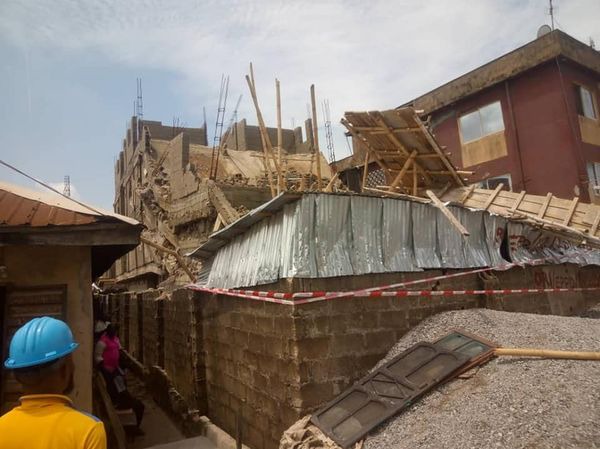 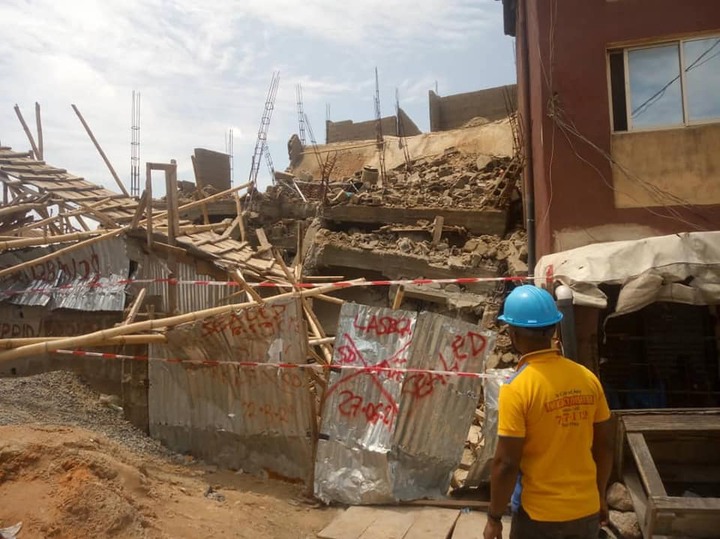 Scenes at the June 28 incident

On July 8, 2021, residents of Adeniji Adele axis of Lagos Island were thrown into mourning as a five-year-old boy was found dead following the collapse of a three-storey building in the area.

It was learnt that the building, located at 19, Church Street of Adeniji Adele Street in Lagos Island, suddenly caved in when some of the occupants, including the deceased child, were already asleep late in the night.

While the boy was found dead, other residents sustained various degrees of injuries during the collapse and were rushed to nearby hospitals by emergency officials. 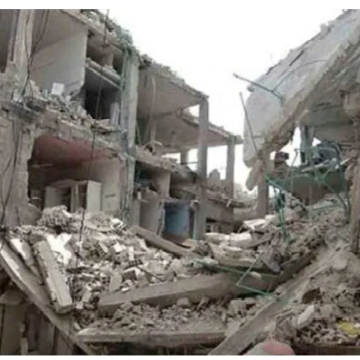 On July 22, 2021, a two-storey building under construction collapsed, killing its owner. The building, located at Number 77, Tapa Road, Oke-Ojo, Isawo, Ikorodu, Lagos State, was described as an attachment to the main building. 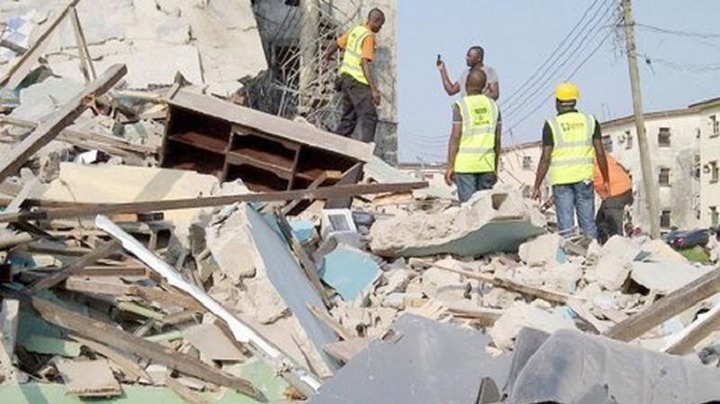 The incident of July 22

Also, on October 18, the sixth recorded incidence of building collapse occurred when a two-storey building already marked as distress collapsed, killing a young man while about 15 other occupants of the building were injured.

It was gathered that the collapse of the building, located at Jumofak Bus-Stop, Haruna, Ikorodu, occurred late at night when the occupants were already in bed. The emergency officials disclosed that those injured had been taken to various hospitals in the area while the body of the dead had been taken to the mortuary. 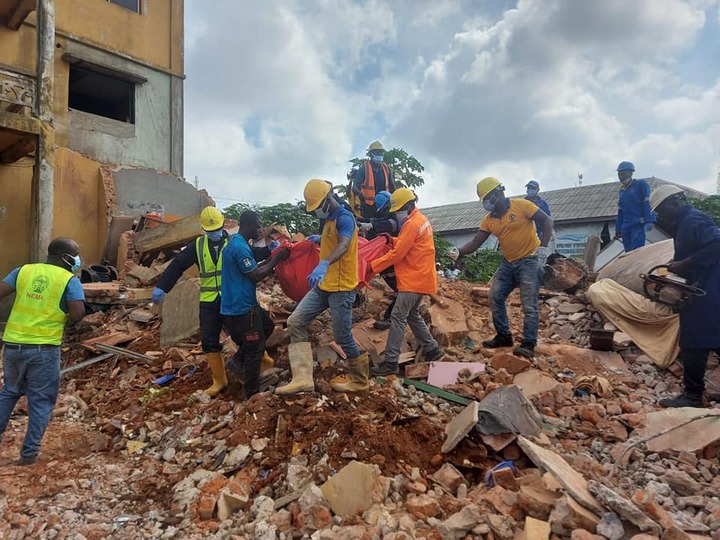 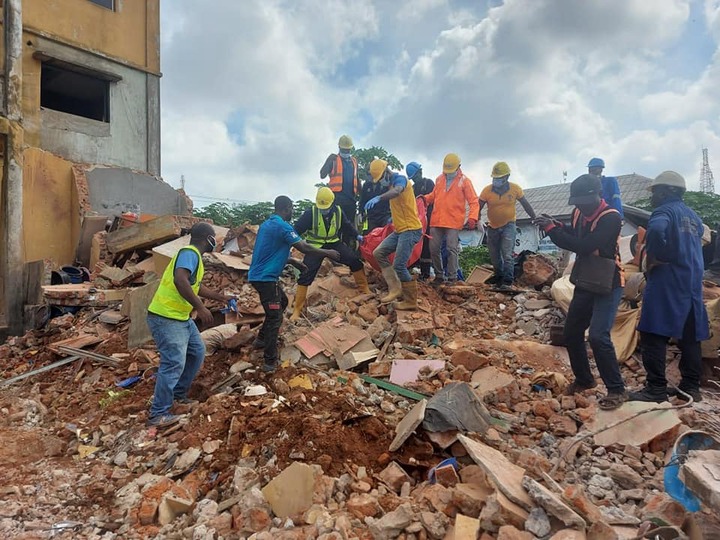 The building collapse of October 18

There is no doubt that the cases of building collapse in Lagos State, especially in the Lagos Island area, require urgent attention of the state government as there are indications that despite the fact that some of the buildings had been marked as distressed, waiting for demolition, people still occupy these buildings.

This indicates that many people are unnecessarily risking their lives by continuing living in distressed buildings that had been marked for demolition.