Before You Drink And Drive, Please Listen To This Man's Testimony And Experience

By Reelgist.com (self meida writer) | 18 days

It is no longer a disputable fact that most road accidents are caused by the intake of alcoholic drinks before driving. Taking alcohol before hitting the steering is a very bad habit and in every ramification, against the rules of driving. This is because, alcoholic drinks have intoxicating tendencies and this can eventually affect the thoughts of the driver. There have been a lot of testimonies after road accidents where victims confessed their intake of alcoholic drinks before driving. Recently, one Oluyomi Ojo have added to the number as he shares his story on twitter. 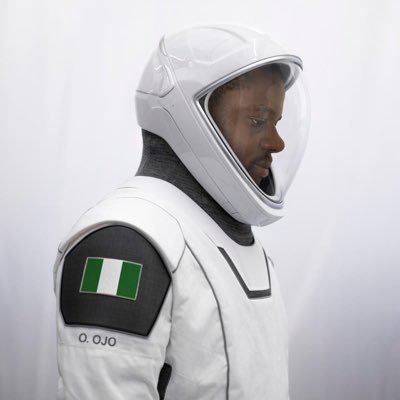 According to the young man, it happened on the 31 Decembe, 2013. After clubbing and drinking, he left the club house around 4am. He certainly hard a long drive, dropping his friends at their houses before he headed for his own home. Surprisingly, he woke up at about 5:30 in the car only to observe the huge crowd that gathered around his car. Still in surprise, he heard them shouting "thank God, he is alive."

It was at that moment that it occurred to him that he had probably slept off while driving and was certainly headed for a nearby ditch. It would have been a fatal accident if he had entered the ditch but thanks to a nearby Kia Rio that stopped his car. 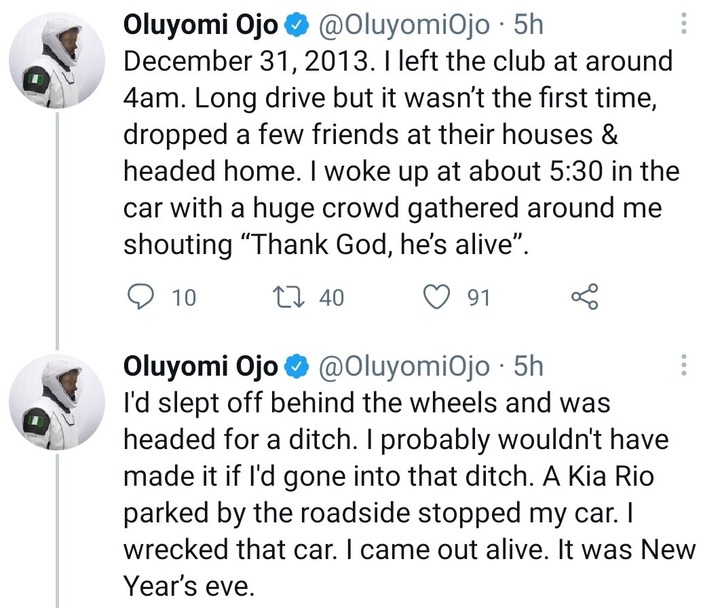 He further added that, he's just remembering the whole scenario; the moment he woke up with his bonnet up and steam everywhere and the crowd around his car. He is very grateful for this second chance to be alive, to build, to dream, to fail, and to try again.

Being very close to death on the eve of a new year is something unimaginable. This should serve as a second call to all those who are in the habit of drinking before driving. If you're tired or maybe you've taken alcohol no matter how little, do not drive. 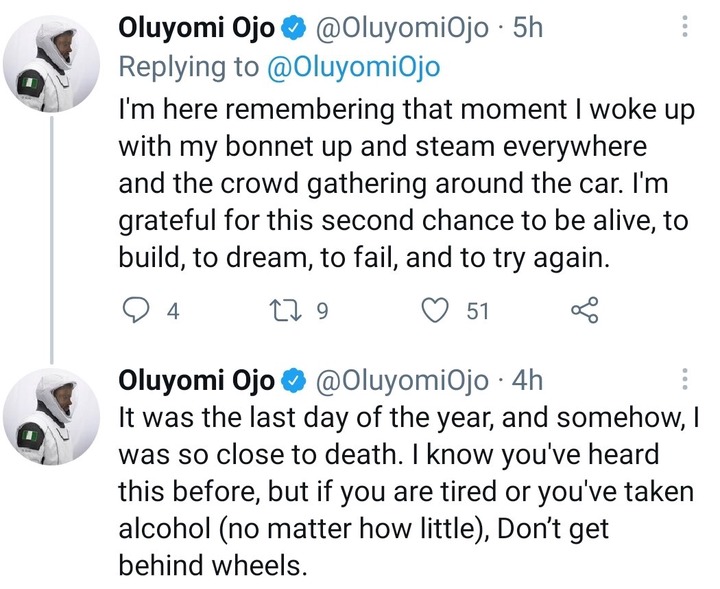 After sharing his experience on twitter, many people praised God on his behalf and also reiterated the message he was trying to pass across. 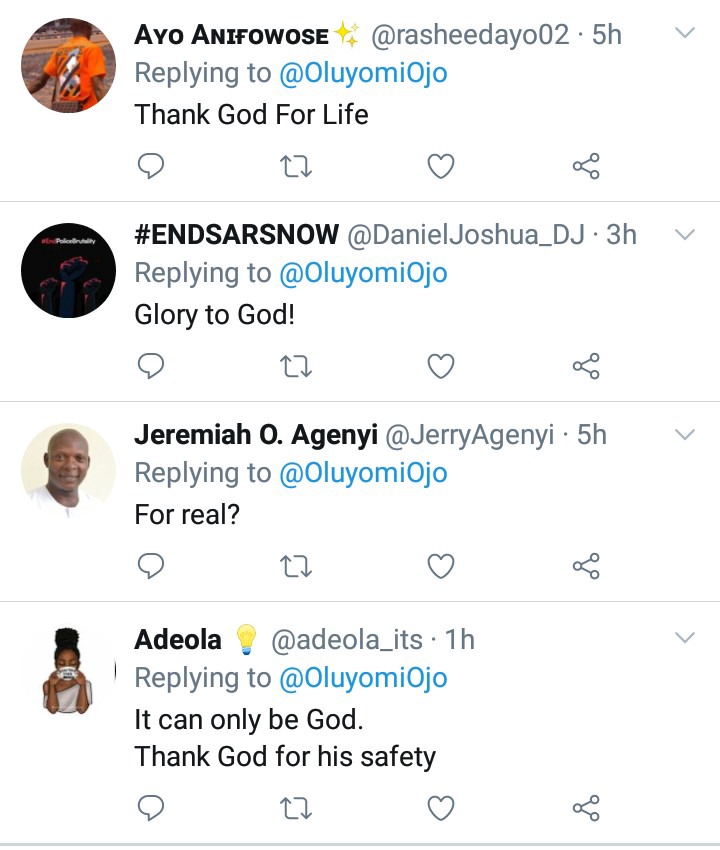 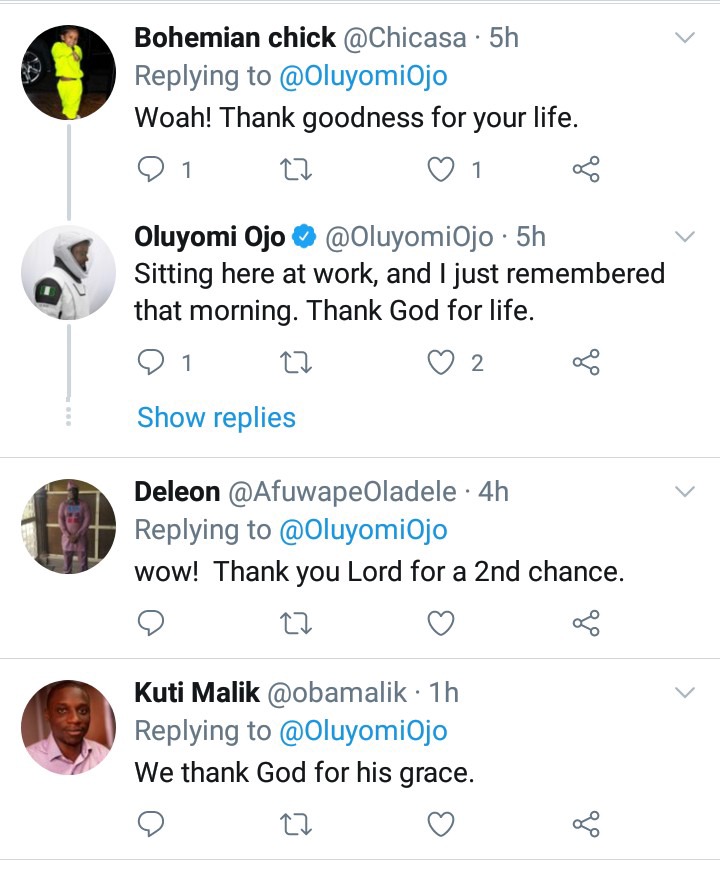 Have you had such experience before? What was it like? What do you have to say about those that drink and drive? Let's hear from you through the comment section.

Why Jesus Chose Peter, James and John out of the Twelve to Witness His Transfiguration on the Mount