By Charlysac (self media writer) | 4 months ago 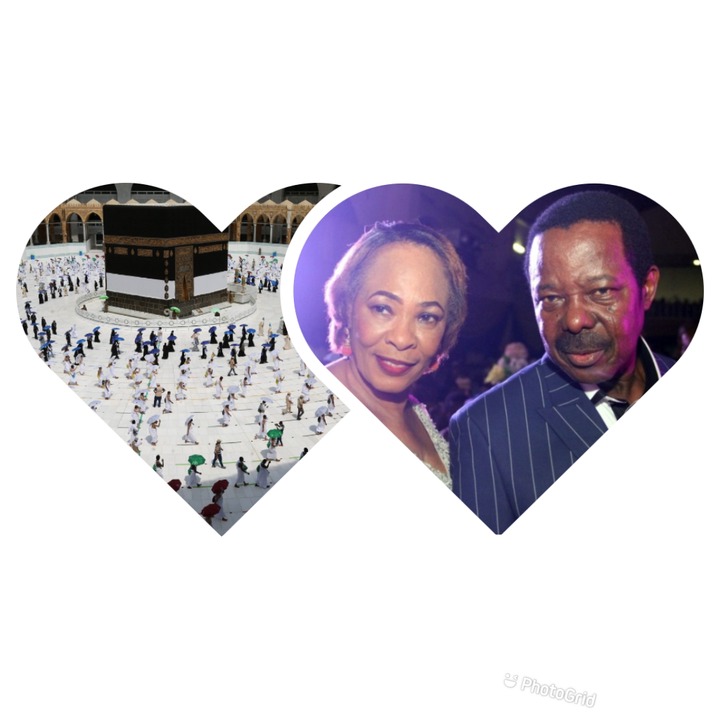 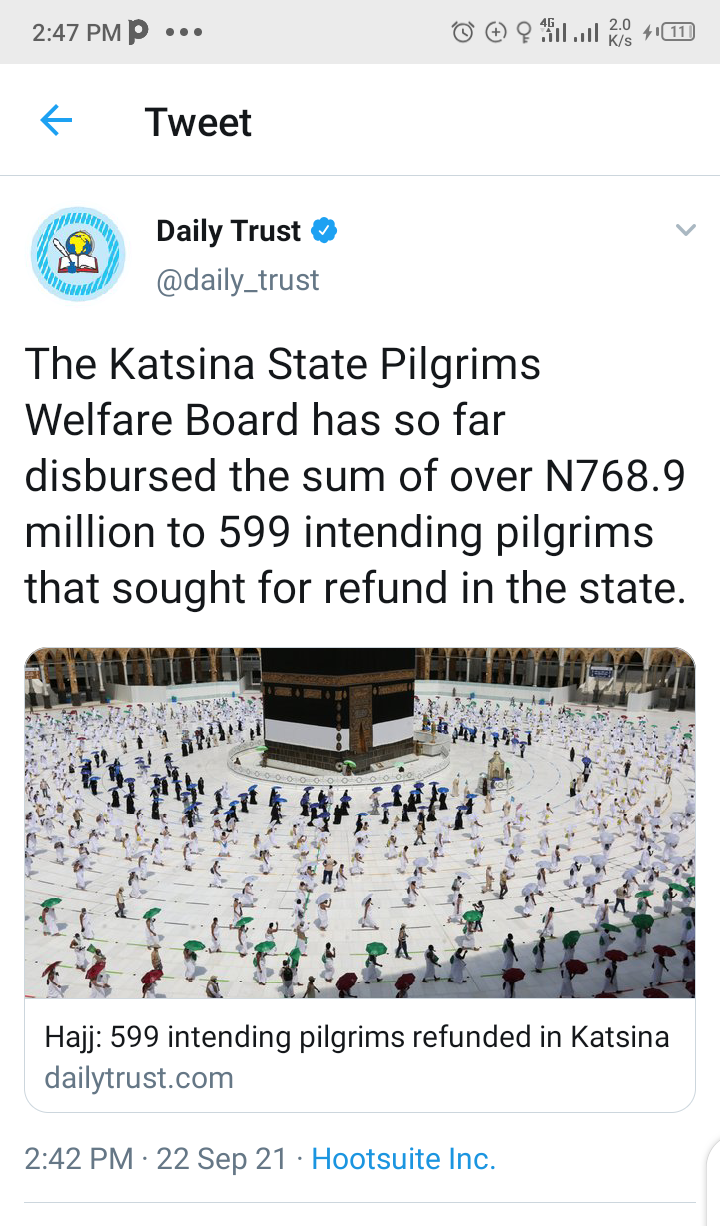 The Katsina State Pilgrims Welfare Board has so far disbursed the sum of over N768.9 million to 599 intending pilgrims that sought for refund in the state.

The Executive Director of the board, Alhaji Suleiman Nuhu Kuki, gave the update during a press briefing on the ongoing refund exercise to 2020/2021 intending pilgrims at the board’s headquarters in Katsina.

Kuki said the amount represents 22.01 per cent of the total 2,721 intending pilgrims that deposited their funds with the board. 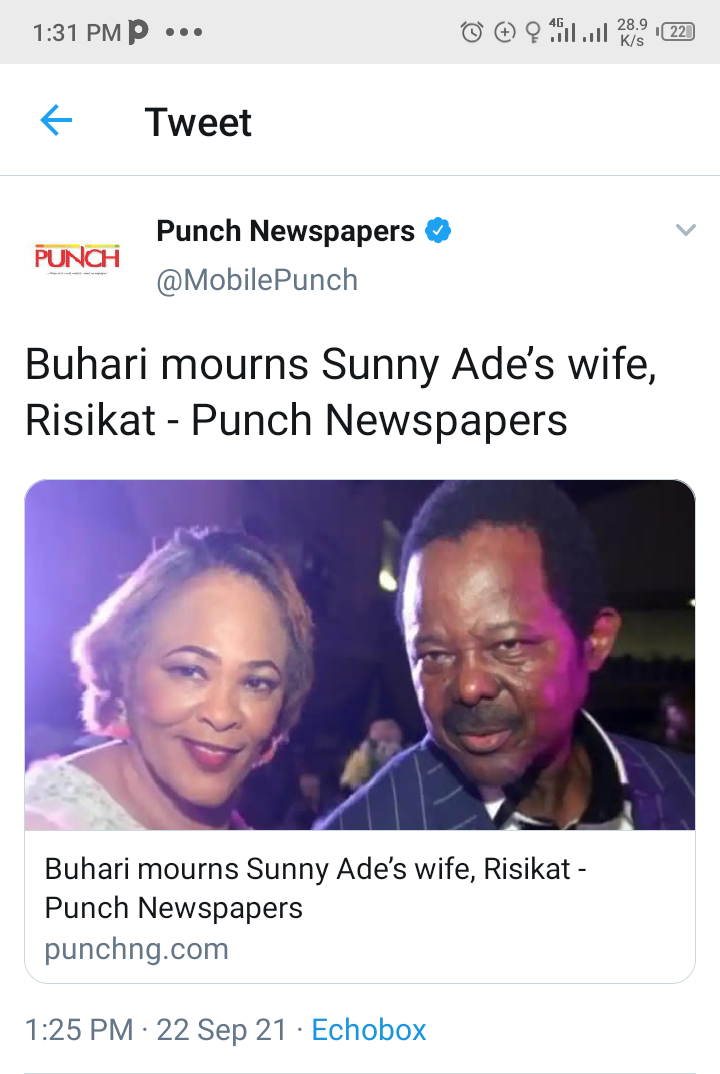 The President, Major General Muhammadu Buhari (retd.), has commiserated with renowned Juju singer, King Sunny Ade, over the death of his wife, Risikat Adegeye, who was a member of the 6th Lagos State House of Assembly. 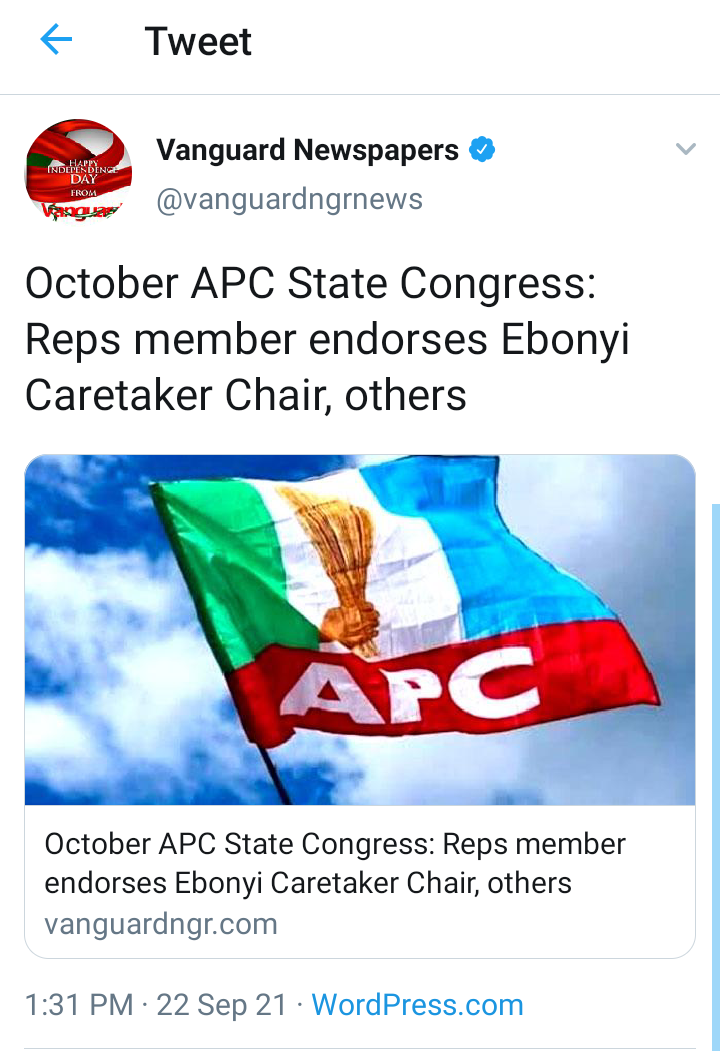 THE Member, representing Ezza South/Ikwo federal constituency at the National Assembly, Hon Chinedu Ogah, has passed a vote of confidence on the Caretaker Committee Chairman of the All Progressive Congress, APC, Ebonyi State, Chief Stanley Okoro Emegha, ahead of the October 2nd, 2021 State Congress election of the Party in the State.

The House of Representatives member who endorsed Chief Stanley Okoro Emegha and other members of the Committee as substantive executives of the Party stated that he was pleased with the way and manner the affairs of the Party has been piloted by the leadership of the State Caretaker Committee. 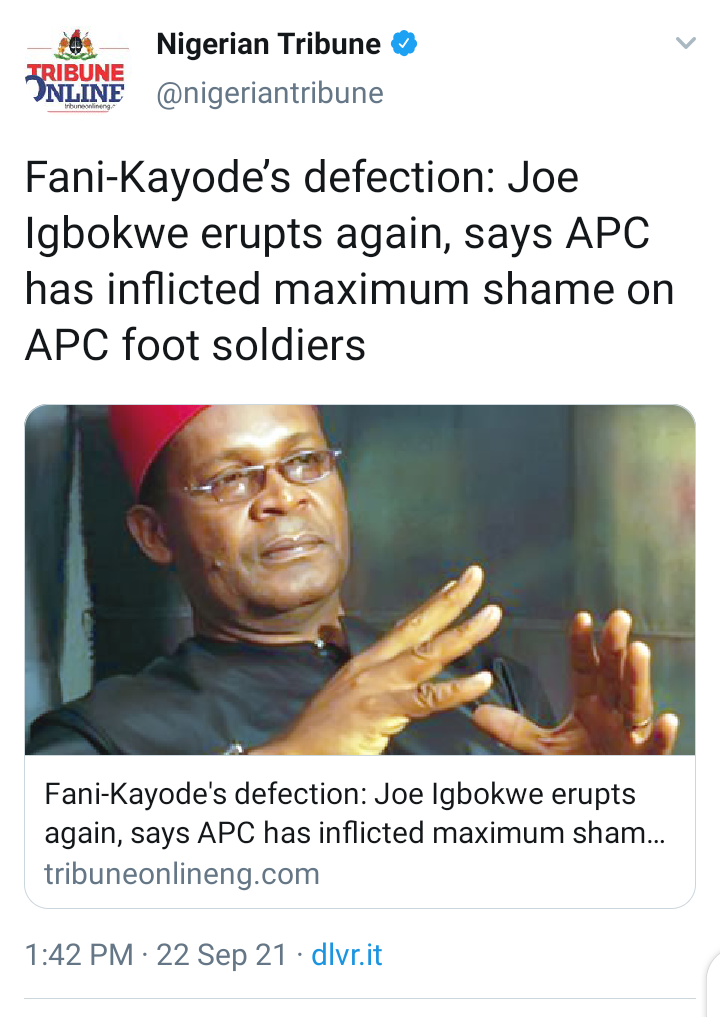 Special Adviser to the Lagos State Governor on Drainage and Water Resources, Joe Igbokwe, has again criticised his party, the ruling All Progressives Congress (APC), for accepting Femi Fani-Kayode into its fold.

Taking to Facebook on Wednesday to vent his displeasure he wrote, “APC deliberately inflicted maximum shame and pains on diehard APC heroes and foot soldiers across Nigeria by admitting the political prostitute and apostate, Femi Fani-Kayode into the fold.”