The Rise And Fall Of Dr. Oyenusi, The Romantic Armed Robber Who Smiled The Day He Was Executed

By gistnodeyfinish (self media writer) | 6 months ago

Many days are for the thief but one day is for the owner. No matter the evil a man does in life, there is surely a day of reckoning. Whatever a man sows in life, that he shall reap. That's why we are being urged to flee away from evil, karma is a bitch and it would always serve the best menu.

Sometimes, I just wonder why people indulge in the ungodly acts, and what runs through my mind is that they just want to satisfy the desires of the flesh. Some people indulge in evil acts not because they don't have enough but because of their selfish desires.

In my article today, I will be refreshing your memories with the story of a self-acclaimed doctor who caused havoc in Lagos and neighboring states in the 70s. Ishola Oyenusi is known as the deadliest armed robber in the history of Nigeria. He carried out his operation with a high level of impunity. Dr. Ishola Oyenusi specialized in carjackings, armed robbery, and unlawful killings. 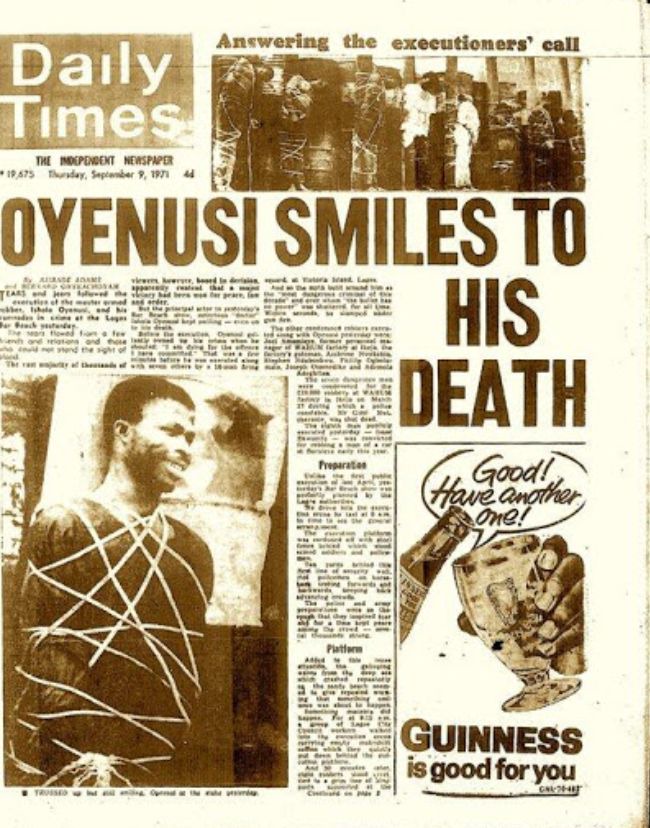 In those days, the fear of armed robbers made travelers opt against night journeys especially when they are traveling a long distance. When it comes to robbery in the country, names like Shina Rambo and Anini are being mentioned. One lesson I learned from the lives of these robbers is that despite their smartness; they didn't rule forever.

Dr. Oyenusi was tagged as the romantic armed robber because of his life story. The first crime he perpetrated was as a result of his girlfriend need some money urgently. He went as far as snatching a car after killing the owner and he gave N400 to his girlfriend. Oyenusi dropped out of school and ventured into criminal activities after his parents couldn't afford his tuition fees.

Oyenusi was never a doctor by profession, he was so cocky that he robbed banks and looted stores with a high level of impunity. While he was carrying out these criminal activities, he felt like he was untouchable. The menace of Dr. Oyenusi earned him the nickname "Doctor Rob and Kill." 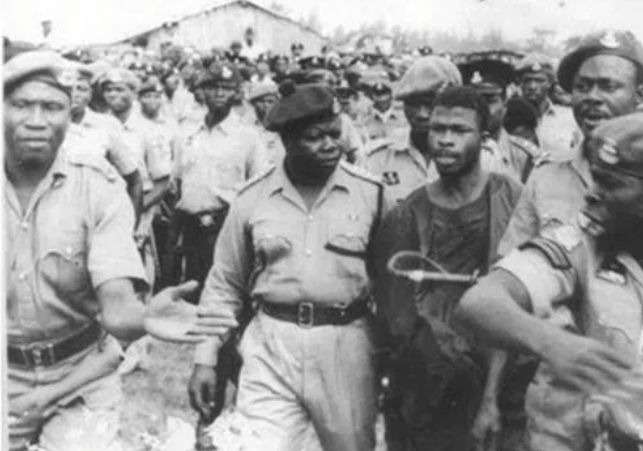 [Dr. Oyenusi being led to the stake | Google]

Oyenusi continued with his evils until one fateful day when nemesis caught up with him. He was caught in a robbery operation which led to the death of a police officer. He was arrested and the judge tempered justice without mercy as he got sentenced to death.

The judgment passed on Oyenusi sparked up happiness in the city of Lagos, the joy that a man who is a thorn in their flesh is finally going to be executed. His death was witnessed by 30,000 Nigerians who came to the scene to mock him.

The moment Oyenusi realized that it was over and that everything in life is vanity, he began to sweat uncontrollably but managed to smile just to hide the agony he was passing through. Ishola Oyenusi and other criminals were killed by firing squad immediately after journalists interviewed them. 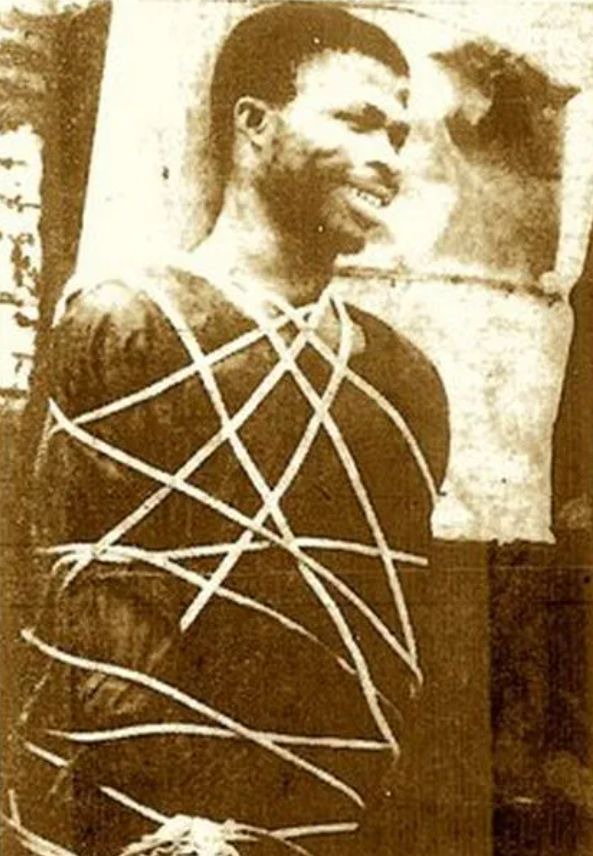 The story of Dr. Oyenusi indeed has a lesson to teach everyone out there. No matter what life throws at you, never indulge in dirty dealings. Stick to legitimate hustle and be mindful of the kind of people you associate with. There is a popular saying that you should show me your friend and I will tell you who you are.

Always ask questions when people offer you a gift because that gift may not be gold. Don't allow anybody to pressure you to live beyond your level, always cut your coat according to your size, God will surely bless you at the appointed time. Be patient and stay away from evil because the wage of sin is death.