By GistFrank (self meida writer) | 29 days

The Imo state police command on Sunday, confirmed that suspected Fulani herdsmen, were behind the kidnap of a Catholic priest, (Reverend Father Marcel Izu Onyeocha) around Ihube in Okigwe local government area of Imo state. 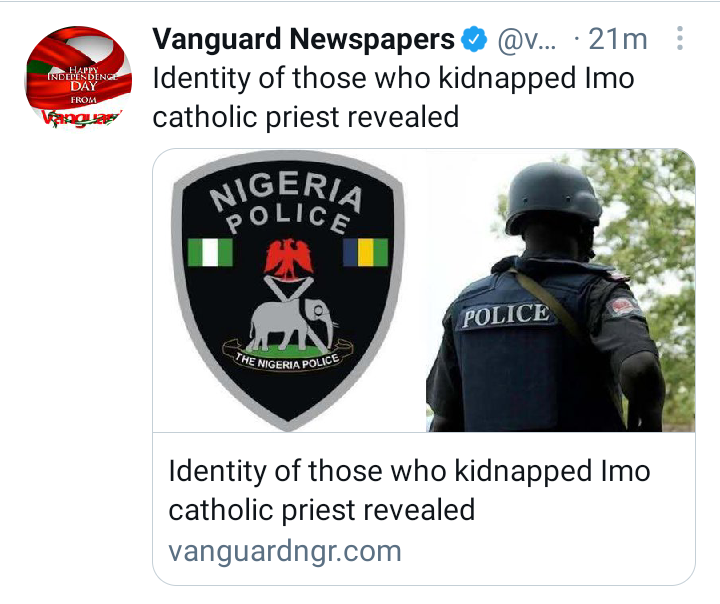 The State Police Public Relations Officer, PPRO, Orlando Ikeokwo, disclosed this to newsmen in Owerri. According to the police, the Catholic priest was kidnapped when his car developed fault at Ihube in Okigwe LGA. 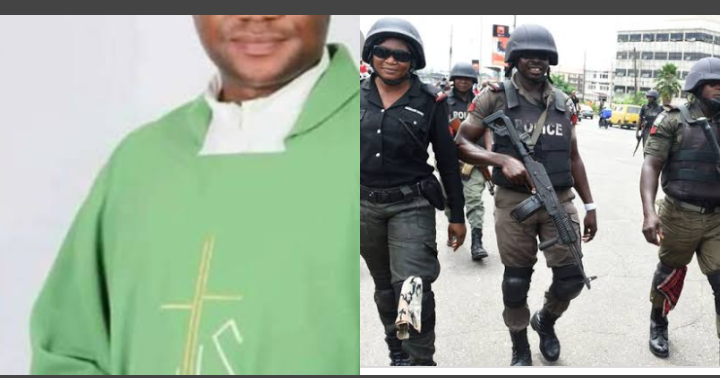 Vanguard gathered in Owerri, that the incident happened around 08:15 pm, at Ihube community in Okigwe local government area of Imo state.

A close source who confirmed it to Vanguard, said that Reverend Onyeocha is a Claretian priest. He claimed that the Catholic priest was on his way from Owerri to Enugu state, when the suspected hoodlums struck at night.

The Supreme Head of the Brotherhood of the Cross and Star, Olumba Olumba Obu has cautioned Christians in the country to eschew bitterness, banditries, kidnapping, armed robbery and other forms of violent crime.

Leader Obu gave the caution at the church’s headquarters. 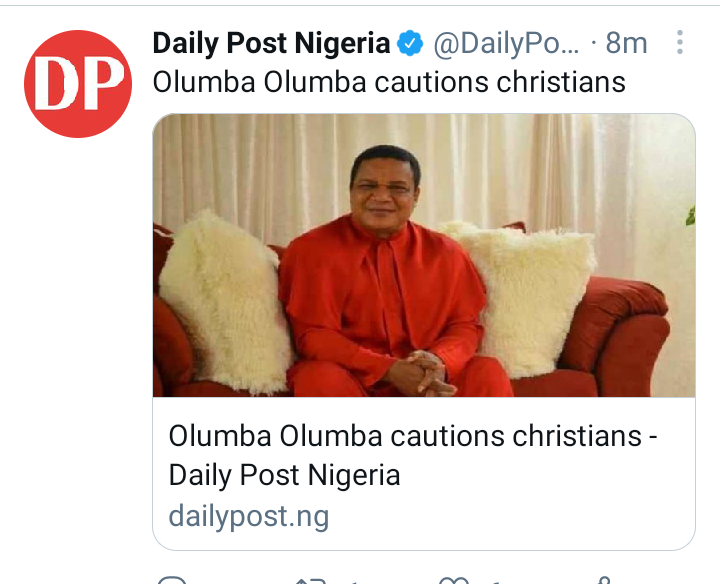 He lamented the spate of political upheavals, banditry, kidnapping, arm robbery being committed in the country and charged Christians to beware of evil practices and endeavour to make the right choices.

He tasked Christians to do their best to leave simple lives devoid of hatred but love and peace noting that such virtues would reduce violence.

The Cross River State Government has ordered traditional rulers in Bakassi and Akpabuyo local government areas of the state to produce kidnapped victims and kidnappers in their domain or face the consequences. 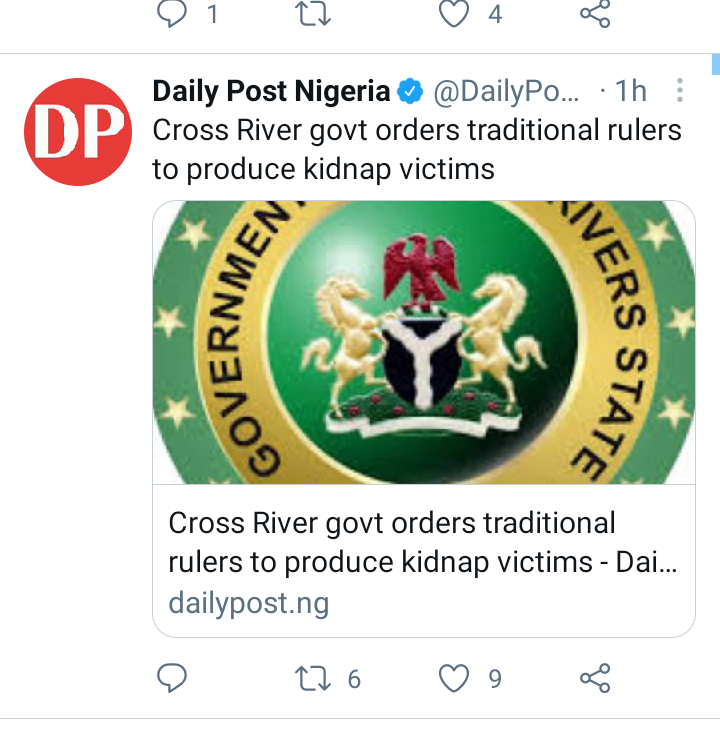 The Permanent Secretary, Security Services in the Governor’s Office, Alfred Mboto gave the order at the enlarged security meeting between the Government, Service Commanders, Traditional Rulers and Youths of the two local government areas.

Mboto who lamented the increase in kidnap cases in Akpabuyo and Bakassi local government areas said abduction could be stopped by the traditional rulers.

The Government noted that the increase in kidnap cases in Bakassi and Akpabuyo Local Government Areas of the state was the result of the insensitivity of traditional rulers in the areas.

The Joint Admissions and Matriculation Board (JAMB) says it has resolved the technical glitches which informed its postponement of registration earlier in the month. 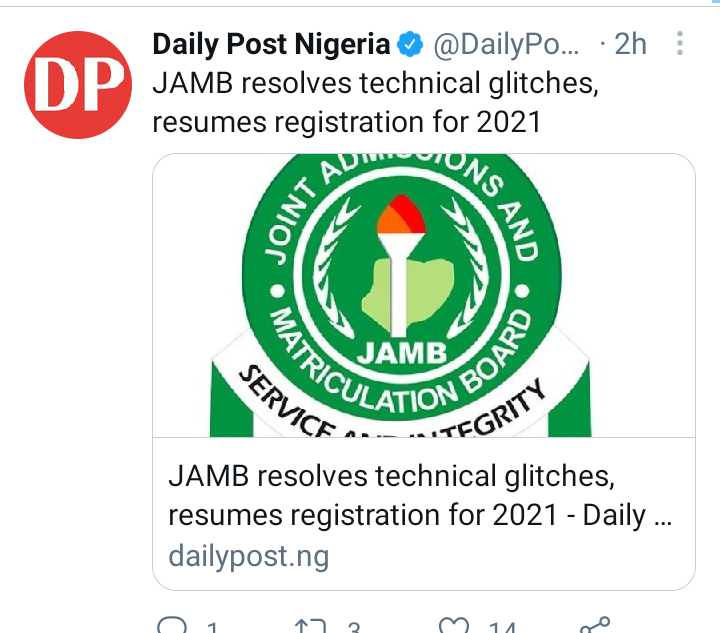 DAILY POST recalls that the exam body on Thursday, last week, announced the suspension of the registration to integrate the use of the National Identification Number, NIN in its registration process.

However, Head, Media and Protocol of JAMB, Dr. Fabian Benjamin says the processes have been perfected and that students can now access its site and register.

So, what do you think about these statements released by JAMB?.

Pick One Of These Food Delicacies For Sallah Celebration