Since his death, I have not stopped crying - Father says, as son was killed during church demolition

By JosephAkintunde (self media writer) | 5 months ago 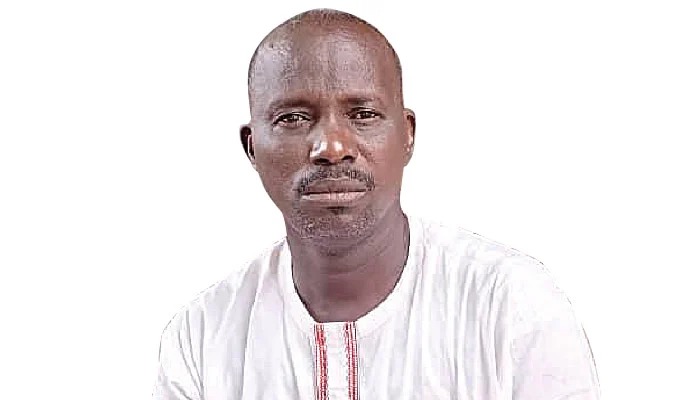 Pastor Bitrus Tumba is the father of Ezekiel Bitrus, he was a twenty-seven years old youth that was allegedly shot by a security agent during the demolition of a church in Borno. The church is known as the church of the Brethren in Nigeria(EYN). It was ordered to be pulled down by the government because it's not well located. Ezekiel who was killed by the civilian joint task force was working on the church building that day.

After the death of his son, the father of the boy has spoken with Punch about how he feels about the death of his son. He is a sixty-two-year-old man and a pastor in Maiduguri. He has seven children and a granddaughter. According to him, he said Ezekiel and some labourers were working on the church building when they were confronted by a man. The man told them that has the government not wanted them to stop working on the building.

Ezekiel responded and told the man that they don't have any business with the government. It's only those who gave them the work that they would listen to. Ezekiel got home, told the father and they advised him to stop working on the building. He stopped but was later contacted to start working on the church building again. They told him that they've solved everything with the government.

They were working that day when the civilian joint task force came with a bulldozer to destroy the building. They came and they were heavily armed. The father said that before they demolished the building, they took their phones. When they were done with the demolition, Ezekiel went to meet them and asked for their phones. He said they came to demolish the building and they've already done so.

It was when he requested the phone that he was shot. He was shot dead and they started shooting in the air sporadically so that no one would come around. The father said since he heard of the death of his son, he had not been himself. He has been crying every single day. Though he had other children, it's not easy to lose a child. May he rest in peace.