By Lukmanz (self meida writer) | 22 days

A young man who just returned from Dubai took to social media to reveal how some Nigerian police extorted the sum of N200 thousand from him, he made the revelation on his twitter handle @iamoddone, and according to him, he just arrived and took an Uber to Festac Town where he bumped into the police.

They forcefully harassed him and took out his phones from his bag and also took him to the police station in Area E Festac Town.

They asked him to pay the sum of N15 Million but later took him to a POS operator near the police station and took the sum of N200 thousand from his account for no tangible reason.

But after the whole scenario, a group of activists helped him reach out to the appropriate authorities and his money was refunded to him.

See a screenshot of his post and the photo he uploaded after he got his money back below: 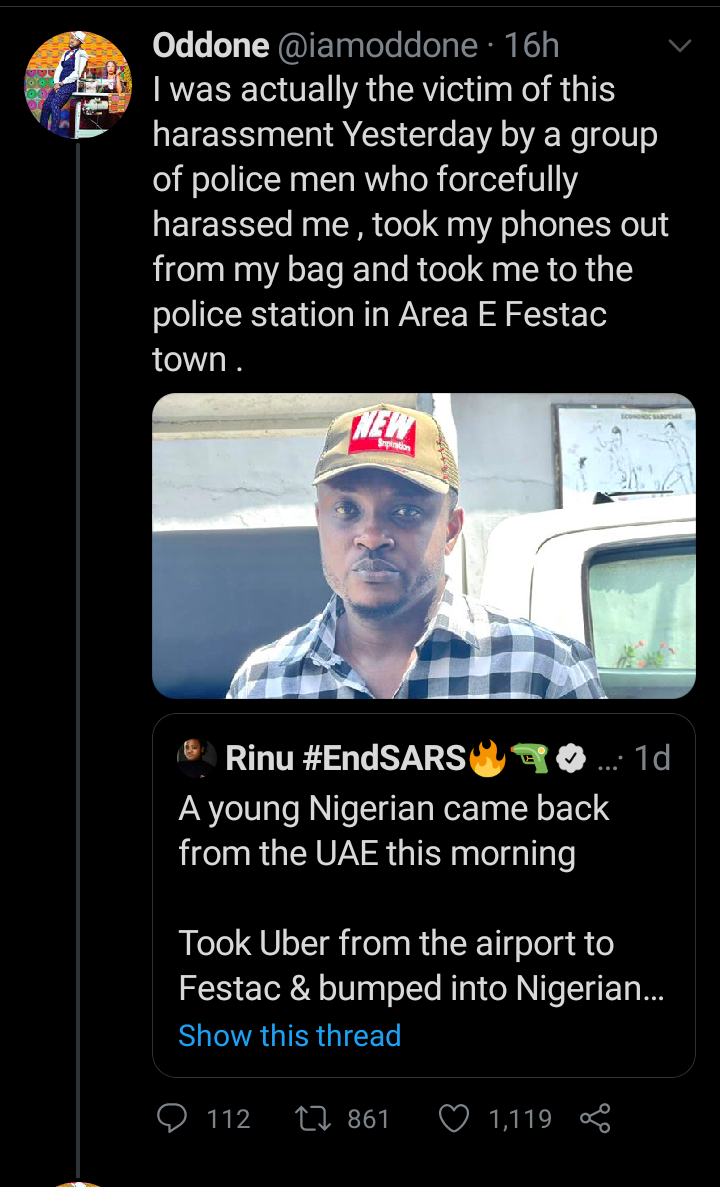 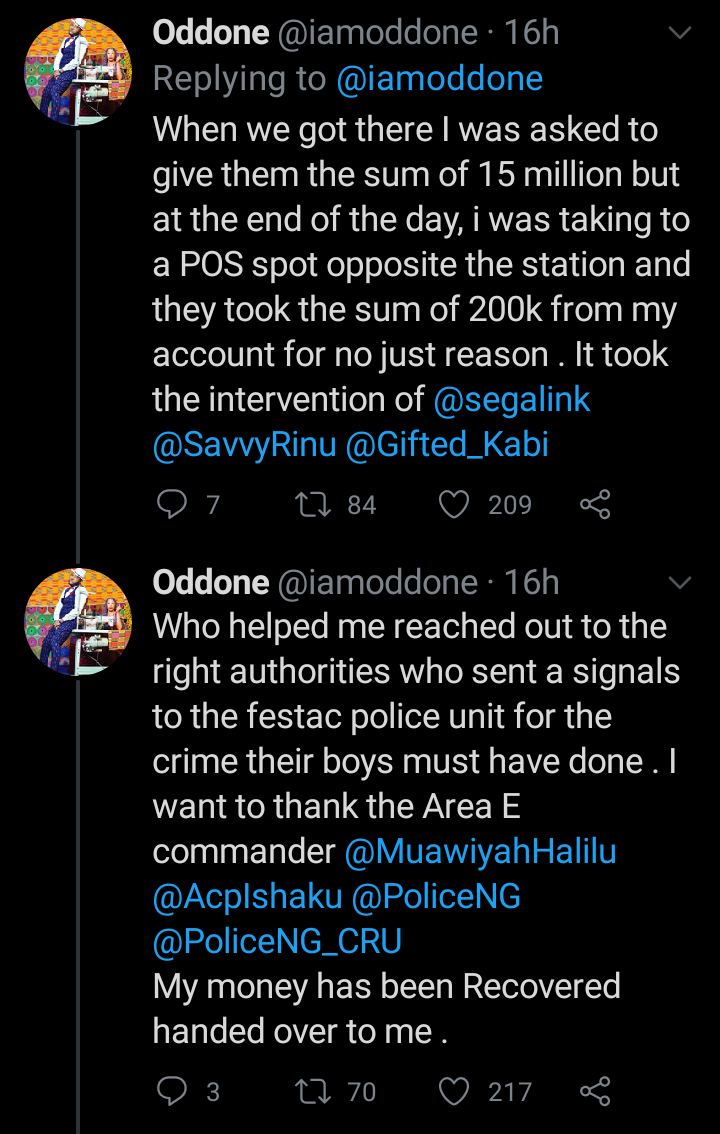 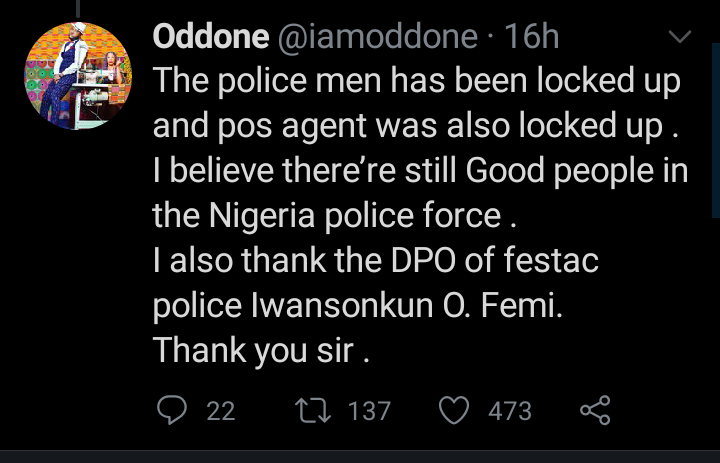 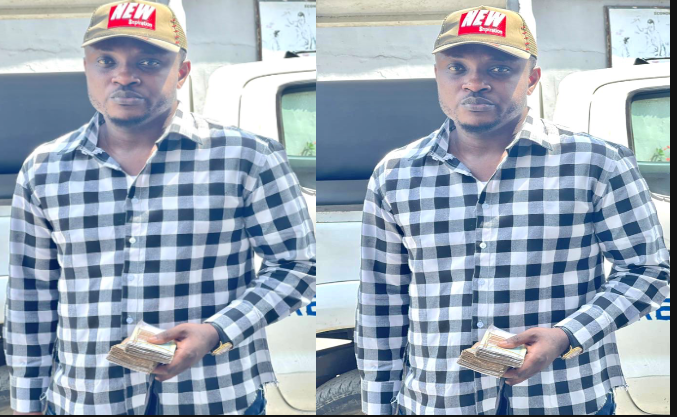 The policemen and the POS operator got locked up and will be made to face the full wrath of the law for violating law and order which they are supposed to be protecting.

Renowned End-SARS activist with the twitter handle @SavvyRinu, who is popular fr her fight against police brutality also posted about the issue and how she helped.

According to her, they forced the man to write false statements without the presence of his lawyer before proceeding to ask the man for money.

After his money was also given to him, Rinu revealed that some elements in the police station attempted to guilt trip him into apologizing to the police officers, so that they can release them, but their plans were foiled. 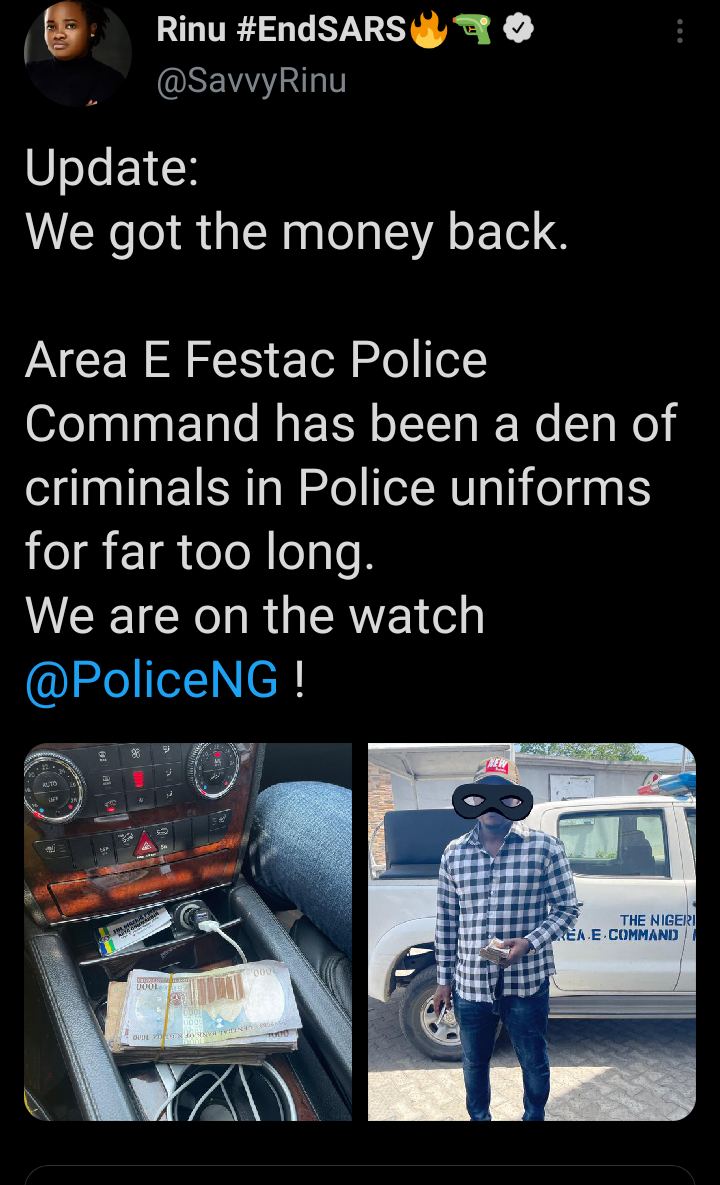 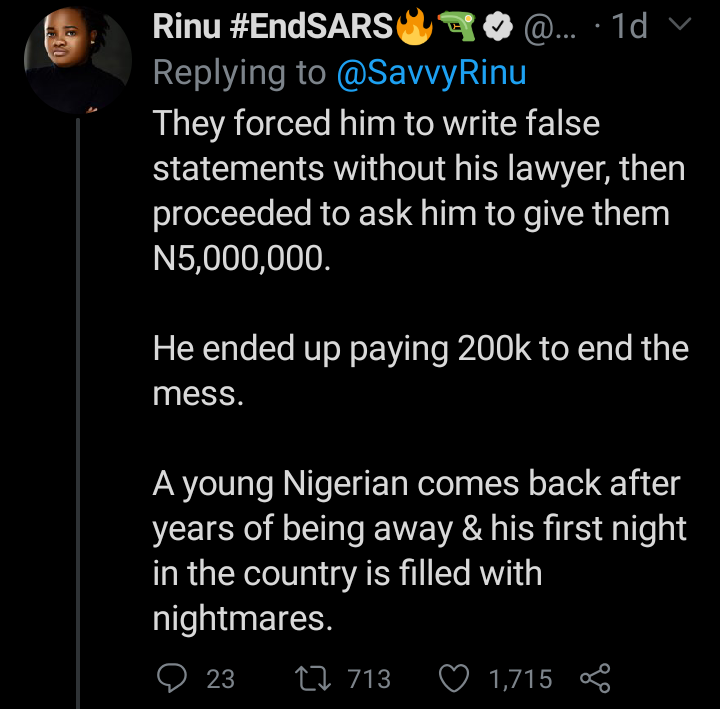 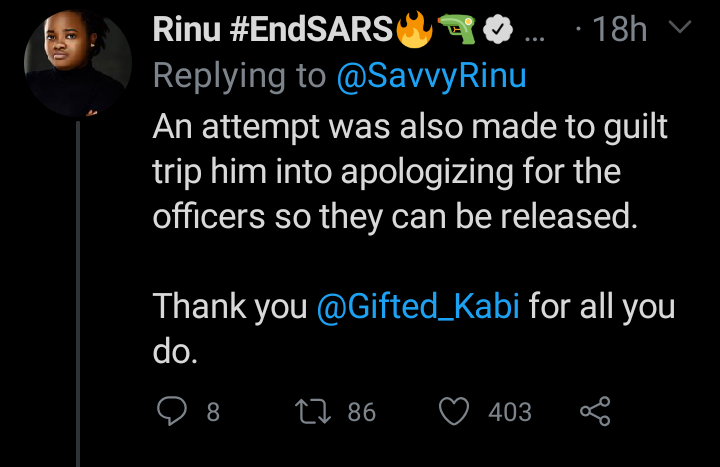 Judas Could Not Rest Until Jesus Was Arrested-Why Enugu Diosese Should Be Careful With Fr. Mbaka