By Osfem (self media writer) | 7 months ago

Man's inhumanity to man again reared its ugly head in Kano State when an illegal rehabilitation centre was uncovered where 47 people who were in various forms of chains were found in terrible conditions at the centre that was being run by a man, the Kano State Police Command announced on Friday, October 8.

The 47 people, including children, who were said to be suffering from various forms of ailments, were kept at the illegal rehabilitation centre located at Yar Akwa in Naibawa Quarters, Tarauni Local Government Area of Kano State and they were eventually rescued by the operatives of the state police command. 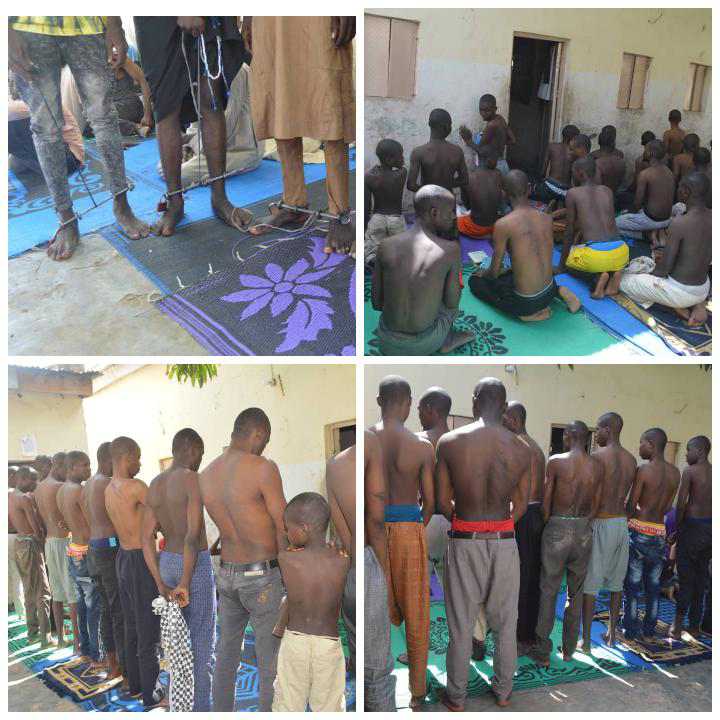 It was gathered that the discovery of the centre was made by the state police command following reports received that a man, Aminu Rabiu, was running an illegal rehabilitation centre where he chained and tortured people who are suffering from one ailment or the other.

According to a statement by the state police command through its Public Relations Officer, DSP Abdullahi Kiyawa, sent to my mailbox and accompanied with photographs, following the report received, the state Commissioner of Police, Shu’aibu Dikko, ordered his men to proceed to the scene and rescue the victims.

It was gathered that the police team raced to the scene and on arrival at the centre, the team saw 47 young men in various states of torture while they were also chained to the ground. 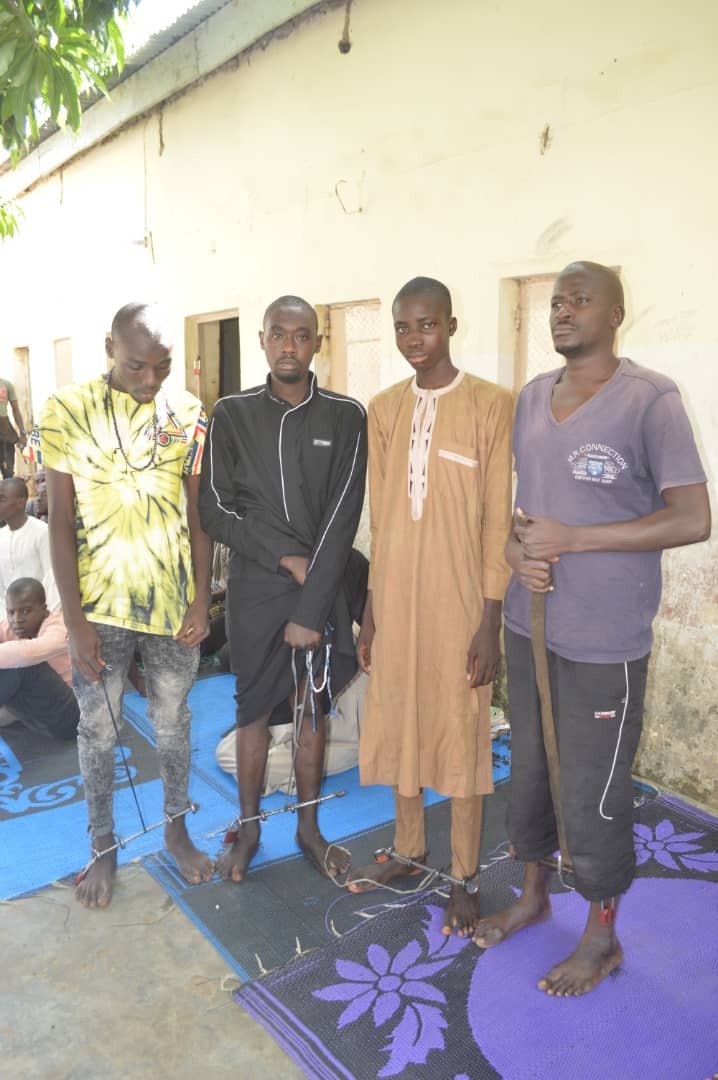 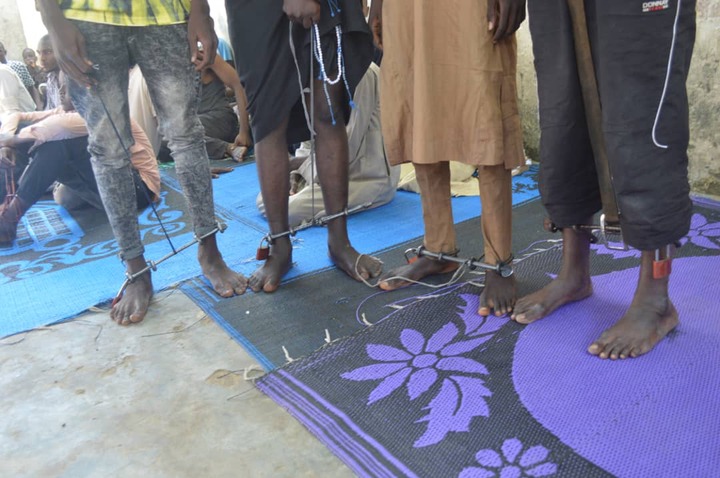 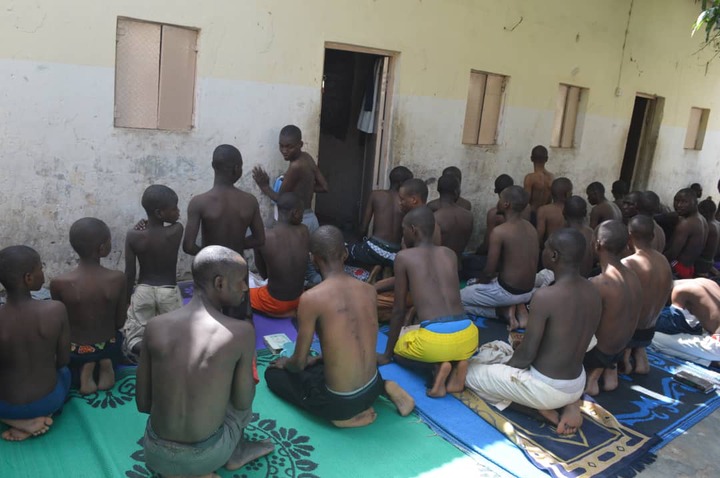 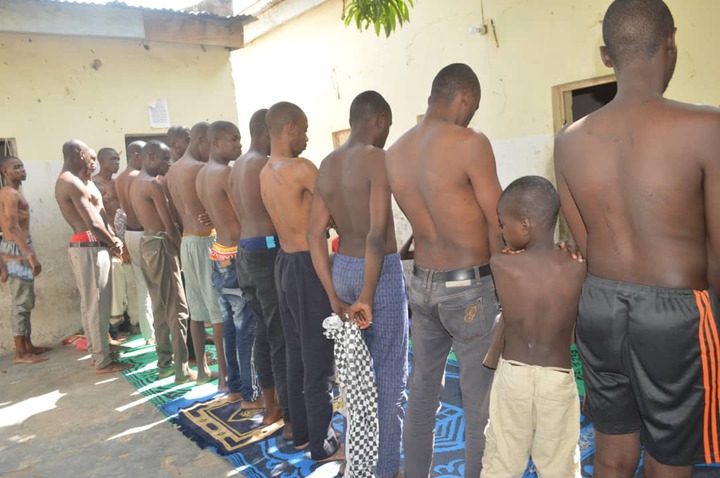 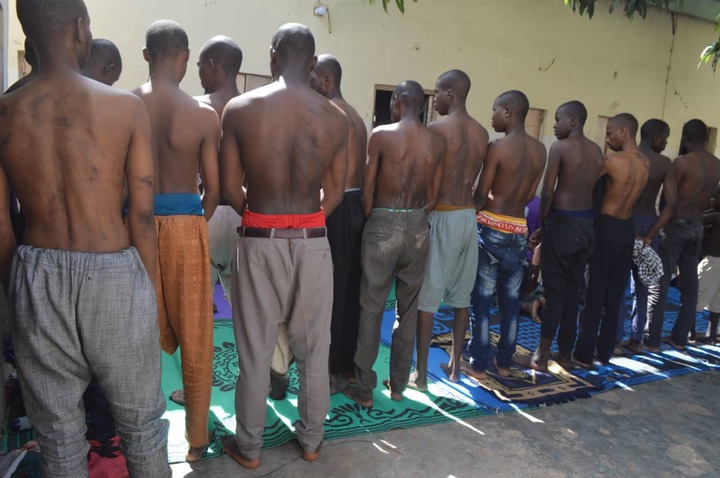 The victims that were rescued at the illegal rehabilitation centre

The police were said to have promptly arrested the owner of the centre, Aminu Rabiu and his elder brother, Fatihu Rabiu, at the centre while also ordering the two men to remove the chains on the legs of the 47 people.

The policemen were said to have taken some of the people with various degrees of injuries resulting from torture to the Murtala Mohammed Specialist Hospital, Kano, for treatment while others were taken to the state Welfare Office for proper rehabilitation.

The two men were also arrested and they were said to have given useful information to policemen at the state police headquarters during interrogation. The police added that they would be charged to court after the conclusion of the investigation.