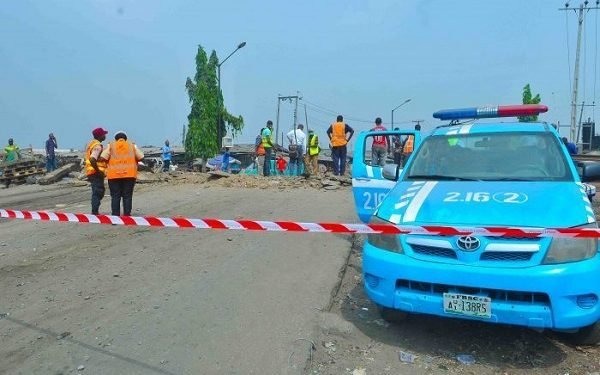 The accident occurred on Thursday evening on Oba-Ile-Airport Road in Akure, the state capital.

Witnesses said the motor-cyclist had a head-on collision with the car.

In an effort to avoid hitting the vehicles, the truck lost control and rammed into a building.

Several other persons were injured.

Spokesman of the state command of the Federal Road Safety Corps (FRSC) Abiola Fadumo confirmed the accident but said he had no information on the casualties or cause of the accident.

Recall that at least 19 persons were killed in a road accident on in March 2021 along a busy highway in Kaduna, a state in northwest Nigeria.

According to Samuel Aruwan, the commissioner for the internal security and home affairs in the state, the accident involving a commercial truck, was caused by a combination of speeding and an exploding tire, leading to a loss of control, which caused the vehicle to veer into the bush.

A total of 53 people were involved in the accident, 16 of them died on the spot and three others were confirmed dead later.

Content created and supplied by: InsideLife24/7 (via Opera News )