By PeterAngela (self meida writer) | 18 days

President Muhammadu Buhari on Thursday condemned the attack on a community in Zamfara State that saw residents of the community killed. 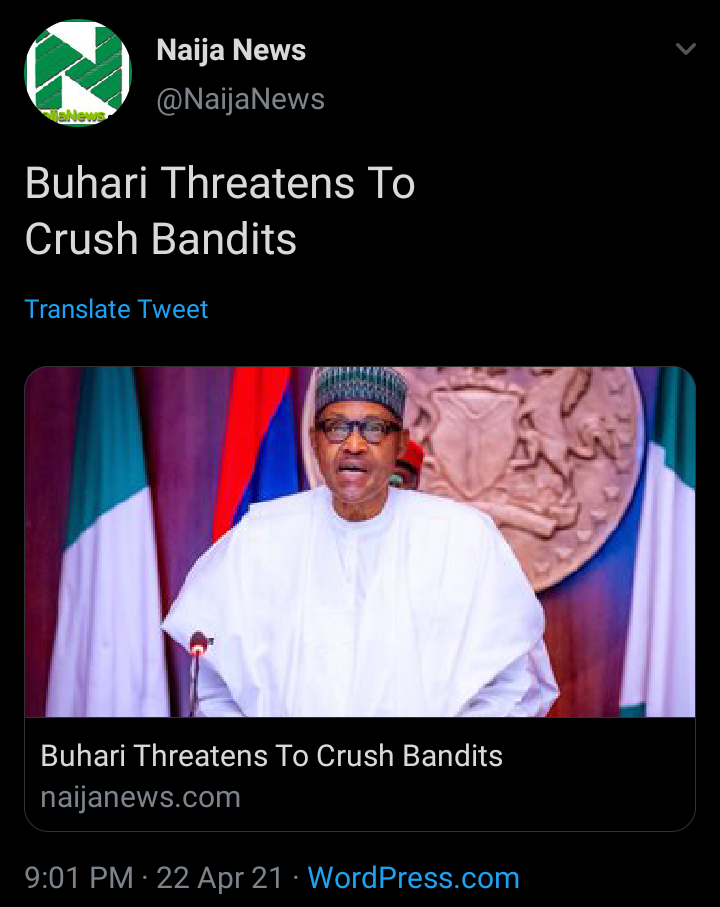 Buhari in his statement noted that lack of respect for human life will be brought to an end sooner than later.

The President who reacted to the attack said, "this insane and persistent violence against innocent people must stop".

He added that "these criminals should stop pushing their luck too far by believing that the government lacks the capacity to crush them."

Buhari called on security agencies in the country to work on all lose ends in their operations being exploited by criminals to wreak havoc.

He expressed hope the Special Operation launched by the military at 3:00am on Thursday from Maru Local Government area will prove decisive in ridding the state of the "frequent and horrifying "bandit activities.

"The violence against poor villagers who are struggling with poverty and other severe economic challenges is not going to be tolerated by this administration," the President warned.

An attempt by some inmates to foment trouble and escape from the Kano Central Prison, Kurmawa in Kano State was on Thursday evening foiled. 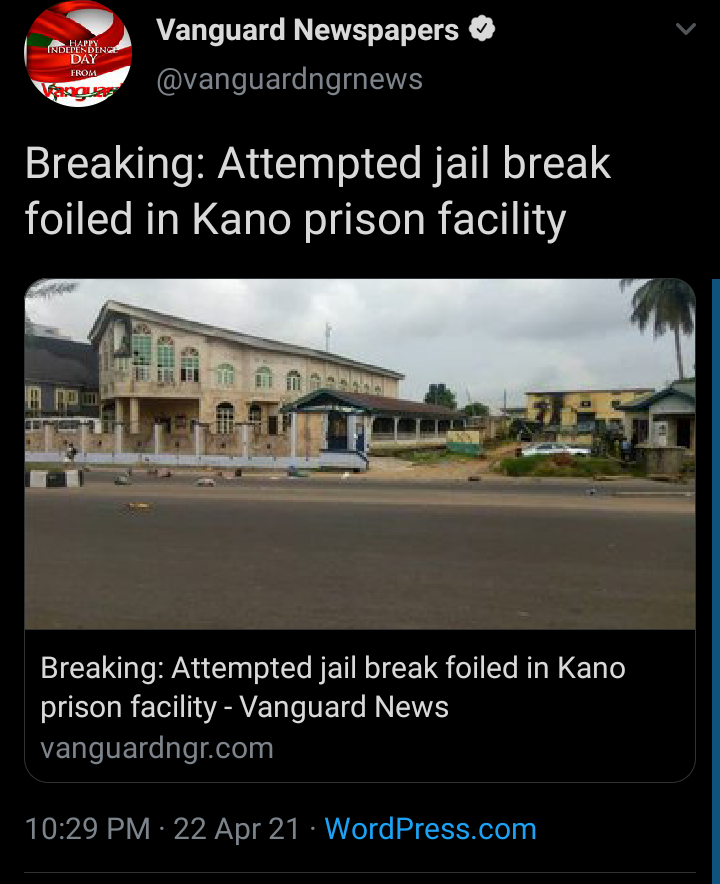 It was gathered that the incident occurred when the inmates “condemned inmates” numbering about 150 staged a protest that officials should allow them to consume illicit drugs (wee-wee) and use other item such as handset smuggled into the facility by yet to be identified persons.

Other source have it that the inmates were protesting the poor quality of food they were served for iftar (Muslim breaking of fast), despite a befitting arrangement put in place by a popular philantropist.

The President, Major General Muhammadu Buhari (retd.), has approved the appointment of 18 new Justices for the Court of Appeal. 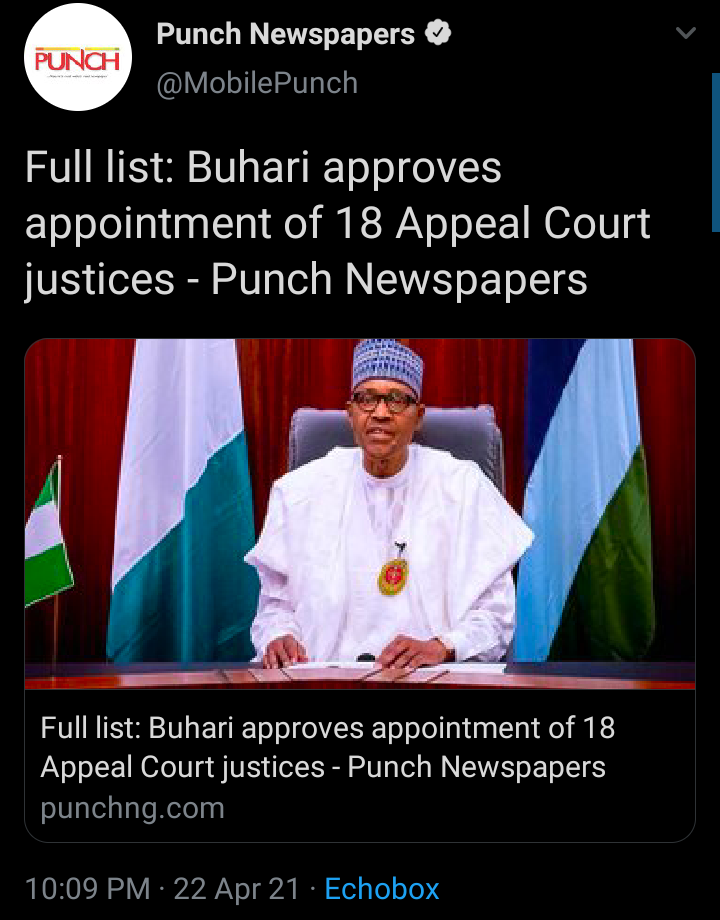 The approval was sequel to the recommendation of the Chief justice of Nigeria and Chairman of the National Judicial Council Justice Ibrahim Muhammad in March to Buhari.

The Chief of Staff to the President, Prof. Ibrahim Gambari, in a letter to the CJN, said that Buhari has given his approval.

He said, “l am pleased to advise you that, pursuant to Section 237 and Section 238 of the 1999 constitution, His Excellency, Mr. President has approved the appointment of the following jurists as Justices of the Court of Appeal, subject to their official seniority at the Bench.

“Kindly advise the newly appointed Justices of the Court of Appeal accordingly and, also, extend to their Lordships, our best wishes on their appointment. Please accept the assurances of my highest regards.”

The Oyo State police command on Thursday paraded a primary school teacher, Ebenezer Olawuyi for sleeping with two of his male pupils. 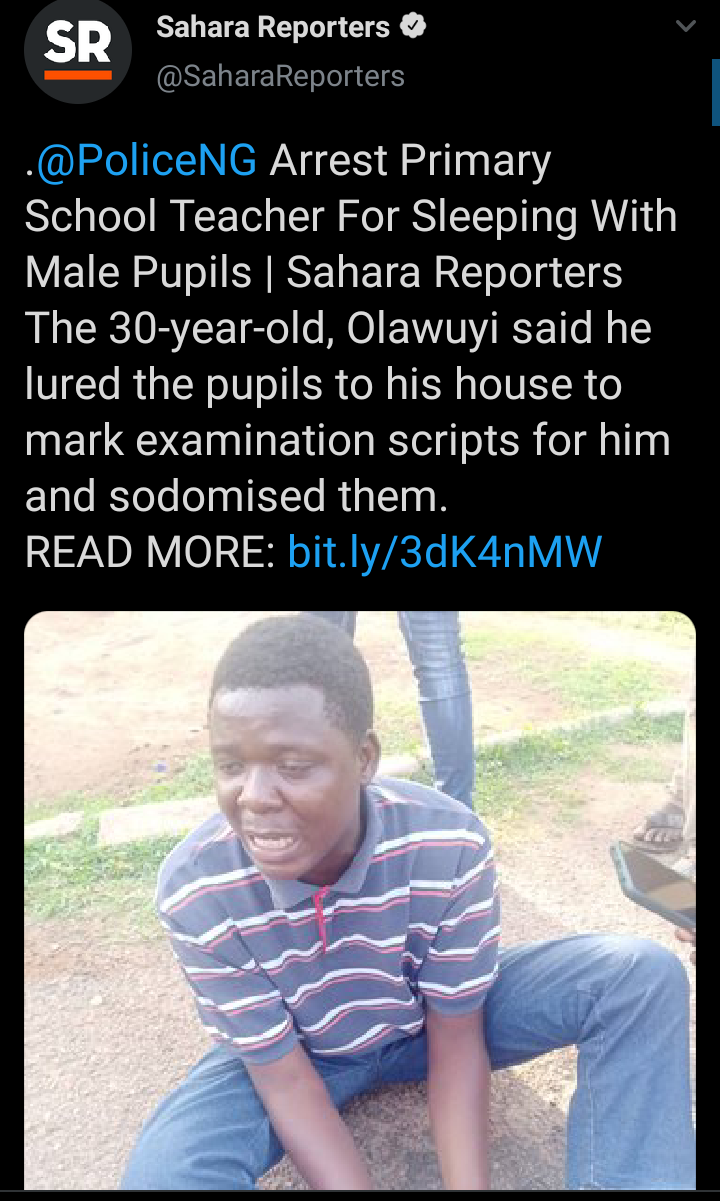 The 30-year-old, Olawuyi said he lured the pupils to his house to mark examination scripts for him and sodomised them.

The state command also paraded 33 others for armed robbery, kidnapping and carjacking in the state.

Speaking with SaharaReporters, Olawuyi said he didn't know what led him to sleeping with small boys instead of women.

He said, "I am doomed. I just slept with two boys. I had girlfriends while in school. I am not married yet. Both of the boys were my pupils. I invited the first one to help me mark my scripts at home with the consent of his parents while I slept with the second one in the classroom before school hours." 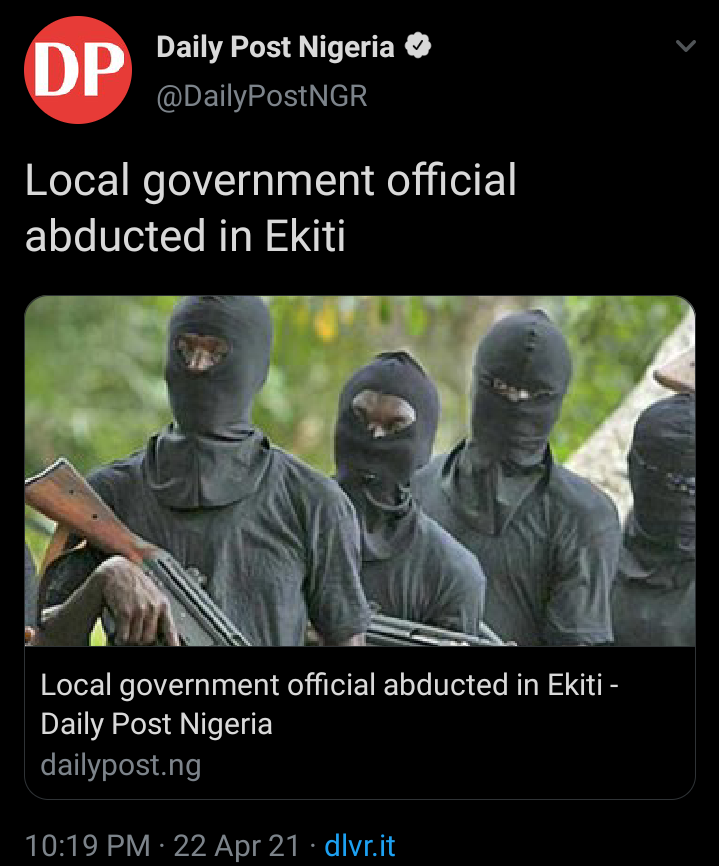 DAILY POST gathered that he was kidnapped while driving in his personal car along the road.

His car was left beside the road and whisked away by the abductors.

One of the residents of Erijiyan Ekiti who put a call across to some newsmen, explained that police from Ilawe Ekiti had visited the spot of the incident while the vehicle of the victim had been taken to the police custody.

The residents called on security agents to swing into action to rescue the APC stalwart.

When contacted, the spokesperson for the Ekiti State Police Command, Mr Sunday Abutu, who confirmed the abduction of the local government official, said that the command would work towards his rescue. Content created and supplied by: PeterAngela (via Opera News )