Headlines: My Uncle Was Killed As A Biafra Soldier — Moghalu, Ghanaian Referee Collapsed, Others

By politicalreporteronline (self media writer) | 1 year ago 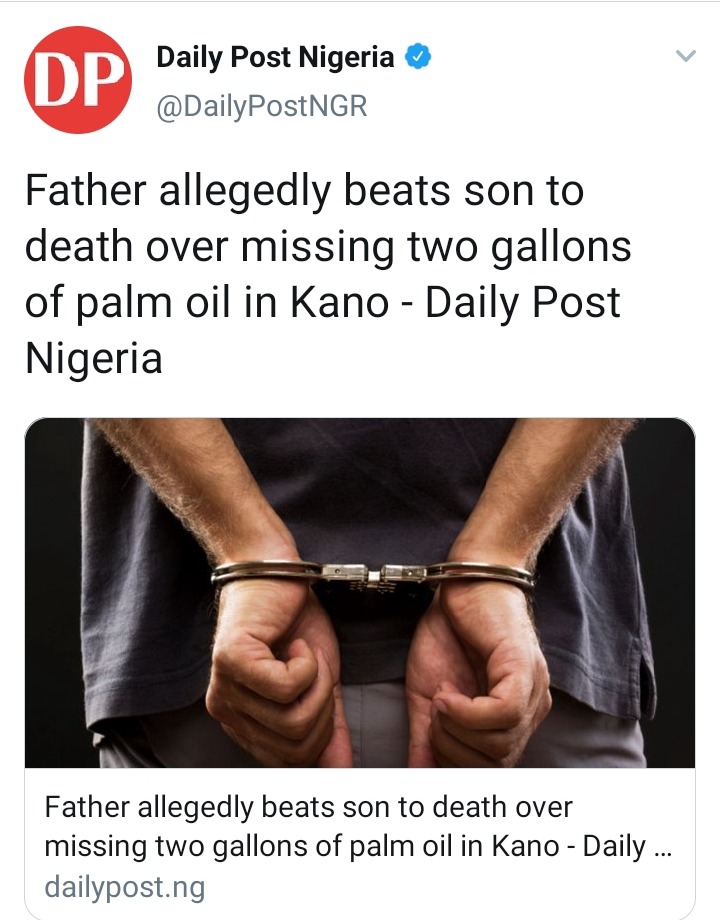 A 40-year-old man, Awaisu Auwalu, who lives at Samegu Quarters Kano for allegedly beating his son to death after he alleged that he stole two gallons of oil.

The police disclosed that he used a stick to beat his son to death. Upon his arrest, the father alleged that the victim had made series of thefts from his provision store. His son later died at Mohammed Specialist Hospital Kano.

The Kano State Police Command has ordered a full investigation into the incident and the suspect would be charged to court at the end of the investigation. 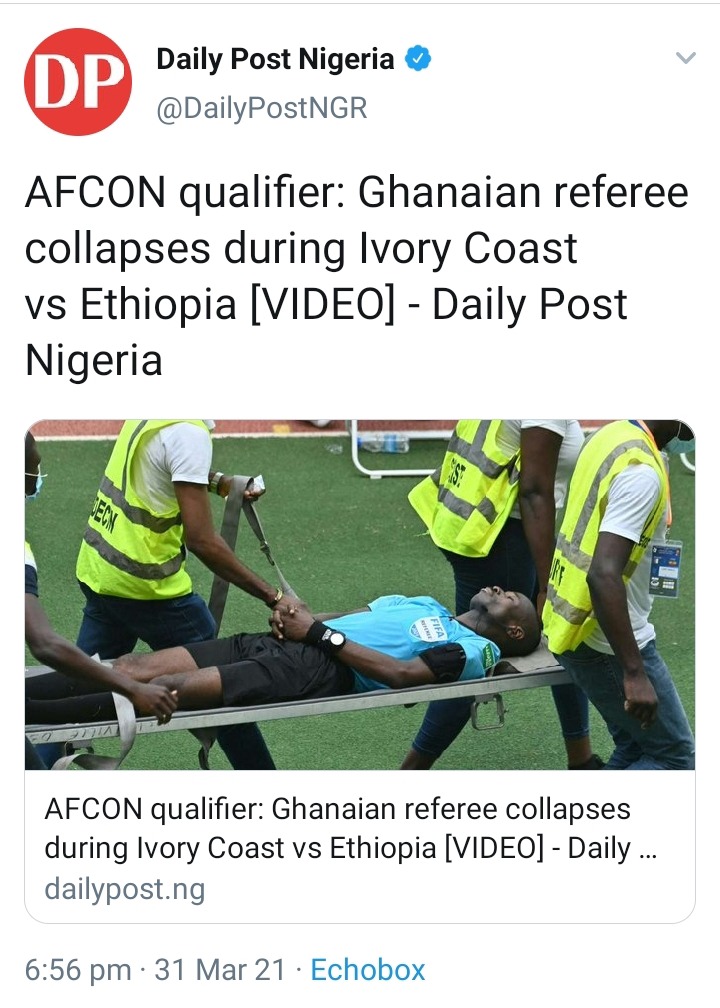 A Ghanaian referee who goes by the Charles Bulu has reportedly slumped during AFCON Qualifier match between Ethiopia and Ivory Coast On Tuesday in Abuja.

The match was, later, called off after the centre man suddenly collapsed at the 80th minute with the home side Ivory Coast leading with 3-1.

Bolu was invited by CAF to officiate the match after the original referee assigned tested positive for COVID19.

The fourth official who took over the game could not continue because he is an Ivorian and could have accused of being biased against the Ethiopians. 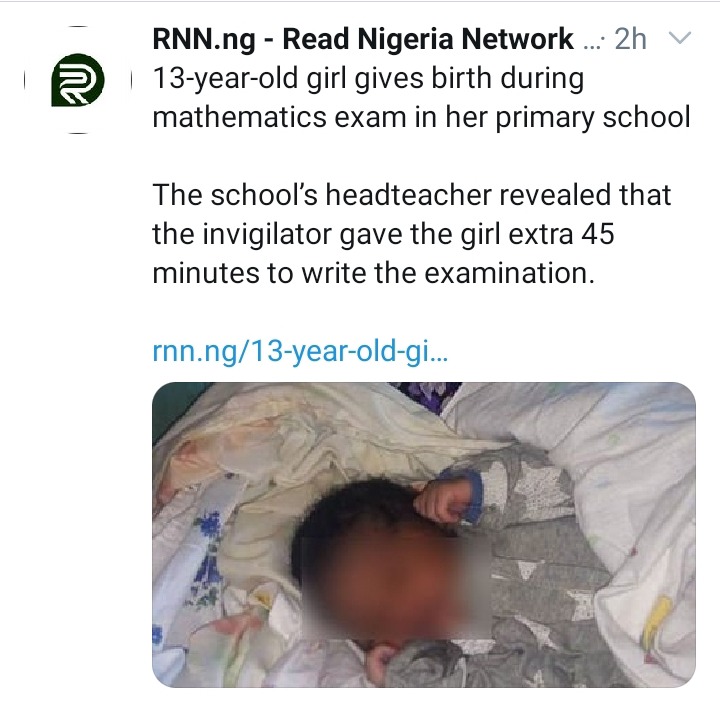 A 13-year-old Ugandan has delivered a bouncing baby boy in the ongoing Primary Leaving Examination in Mpigi District Uganda while writing a Mathematics examination.

The teenager, it was learnt, suddenly developed labour pains in the examination hall.

The Head Teacher of the school, Mr Godfrey Ssema disclosed that the young girl developed labour pains during the exam, she called the invigilator 20 minutes after, who informed other colleagues and took the girl to the nearby hospital.

A nurse at the hospital, Ms Goreth Mirembe,

also said that the girl was taken back to the school after delivery of a baby boy to finish up her exam.

The parent of the 13-year-old girl blamed COVID19 lockdown for her pregnancy. 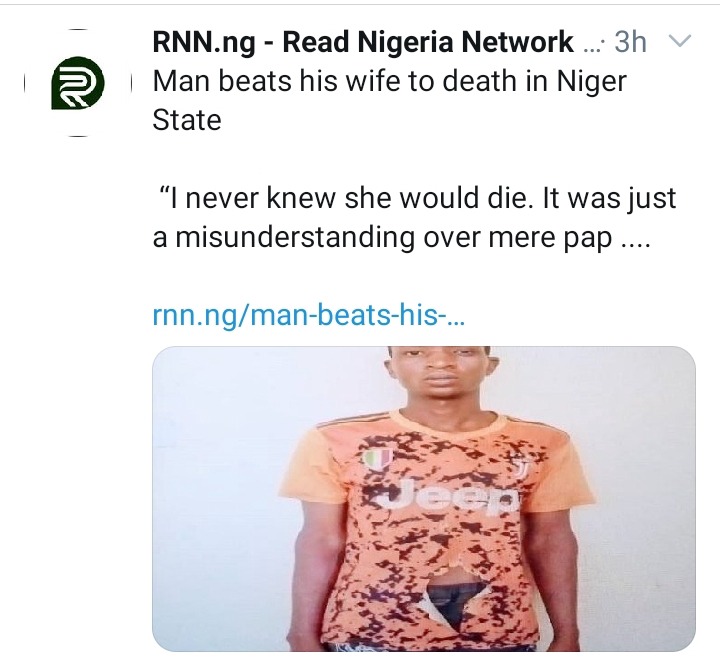 A Nigerian man has been nabbed by Niger State Police for allegedly torturing his wife to death over a pap she made.

The young man identified as Danladi Lawali argued with his wife over the pap she prepared for him.

The sad incident took place in their home of Kadaura in Rafi Local Government Area of Nigeria State.

Upon interrogation, Danladi admitted to killing his wife and said he didn't like the way his wife, Zulai prepared the pap. This resulted in a heated argument between us and I later pounced on her.

His wife later died at the hospital after she was rushed there for treatment.

My Uncle Was Killed As A Biafra Soldier 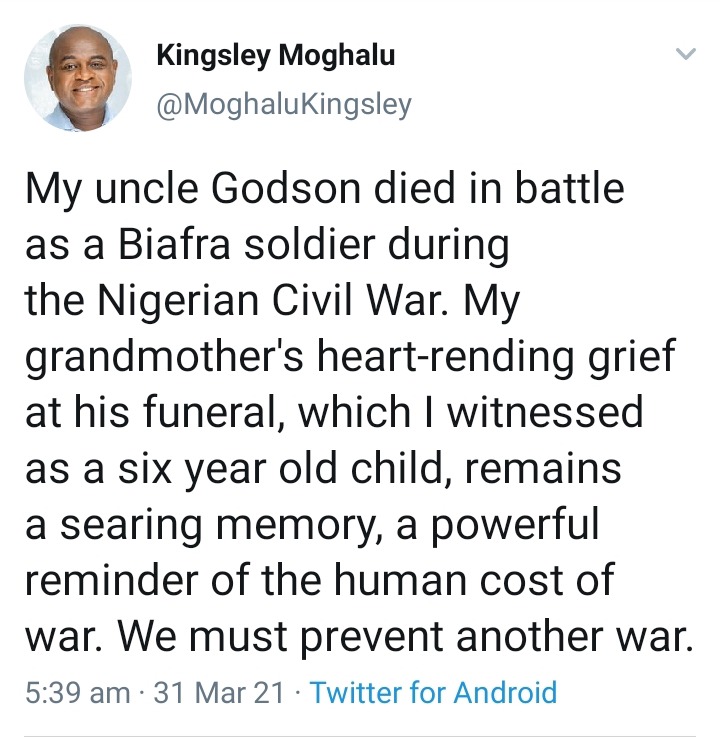 Former Deputy Governor of Central Bank of Nigeria, Kingsley Moghalu has disclosed how his late uncle was killed during Civil War that took place between 1967 to 1970. He sadly recalled how he attended the funeral along with his grandmother as a 6-year-old child. He noted that his uncle was a Biafran soldier at the time of the war, saying Nigeria must prevent another civil war.

He made this known via his Twitter account and his statement reads: "My uncle Godson died in battle as a Biafra soldier during the Nigerian Civil War. My grandmother's heart-rending grief at his funeral, which I witnessed as a six-year-old child, remains a searing memory, a powerful reminder of the human cost of war. We must prevent another war." What is your reaction to Moghalu's statement and the Ghanian referee that collapsed during AFCON Qualifier?