The popular freedom fighter, Sunday Igboho has stated that the reason suspected herdsmen succeeded in attacking Igangan village was because there was no unity existing among the villagers and Ibarapa monarchs.

As reported on TheNation, Igboho made this claim while he was speaking with Oba Onidio of Idio, Oyo state stated. In the viral video, Igboho maintained strongly that lack of unity from monarchs and villagers especially in securing the villages, was the major thing that gave the suspected herders the deadly opportunity to attack Igangan village. 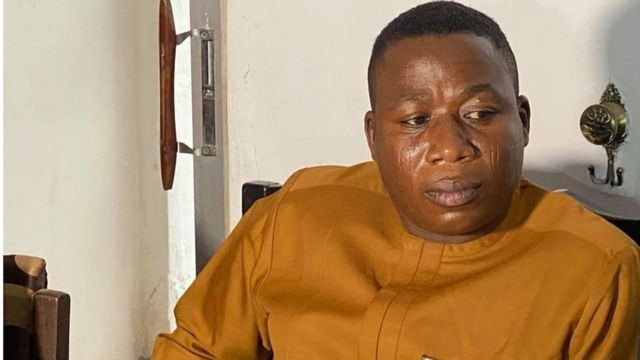 Recall that, TheNation had earlier reported on Monday that Gunmen, who were suspected to be herdsmen, attacked Igangan, Ibarapa North local government of Oyo State, killing innocent citizens, while many properties were also destroyed including monarch’s palace that was burnt.

The report revealed that the suspected herdsmen were up to 50 in number, and had stormed the village on Monday around 11pm in more than 20 motorcycles. Aside many properties that were destroyed, reports held that at least 20 persons were also killed.

Igboho really felt bad after he visited the affected place; he really condemned the attack and have called on monarchs to mobilize youths and give them the necessary training on how to secure their villages from attacks.