By Arewareporter (self meida writer) | 1 months

The Benue State Police Command has arrested two people identified as Bob Tsetse and Cash Money who specialised in killing their kidnapped victims and burying them in shallow graves. According to Daily Trust Newspaper, the suspects are among the boys of late Benue notorious gang leader, Tarwase Agwaza who is popularly known as Gana.

The Chairman of Katsina-Ala local government area where the incident happened, Alfred Atera stated that the suspects where apprehended by police in Illesa, Osun State before they were transported back to Benue State. He mentioned that the two suspects confirmed that they have killed at least nine people including their wives and buried them in different locations within the local government area. One of the suspect, Bob Tsetse confessed that he killed his wife after he threw wood on her which mistakenly hit and pierced her neck.

The other suspect claimed that his father advised him to kill his wife after she attempted setting his house ablaze. Both of them took the corpses of their wives and buried them in shallow graves located in a nearby forest.

The Benue State Police Public Relations Officer, DSP Catherine Anene, confirmed the development but said she was yet to get details of the matter as their operatives were still at the scene of the crime. 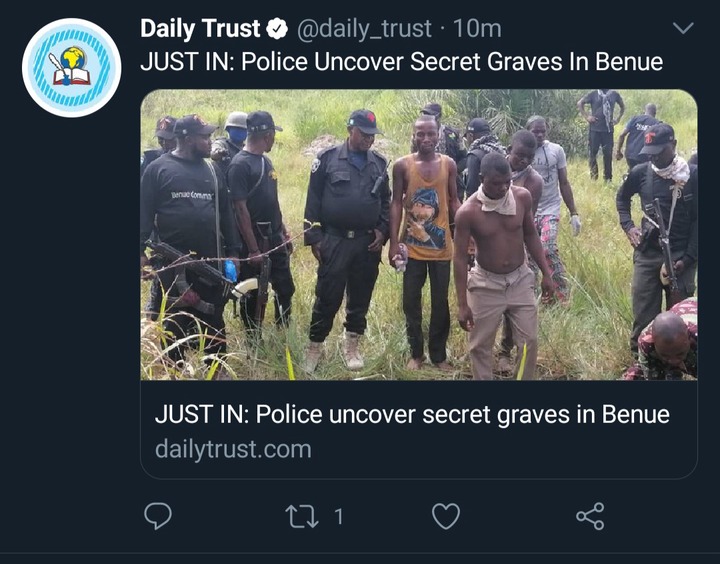 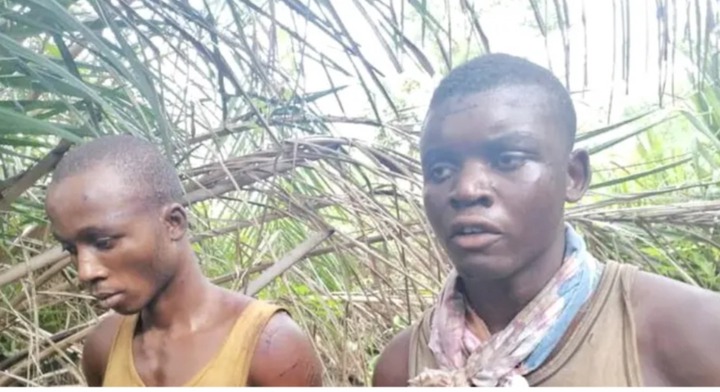