By CrimeNewz (self meida writer) | 9 days 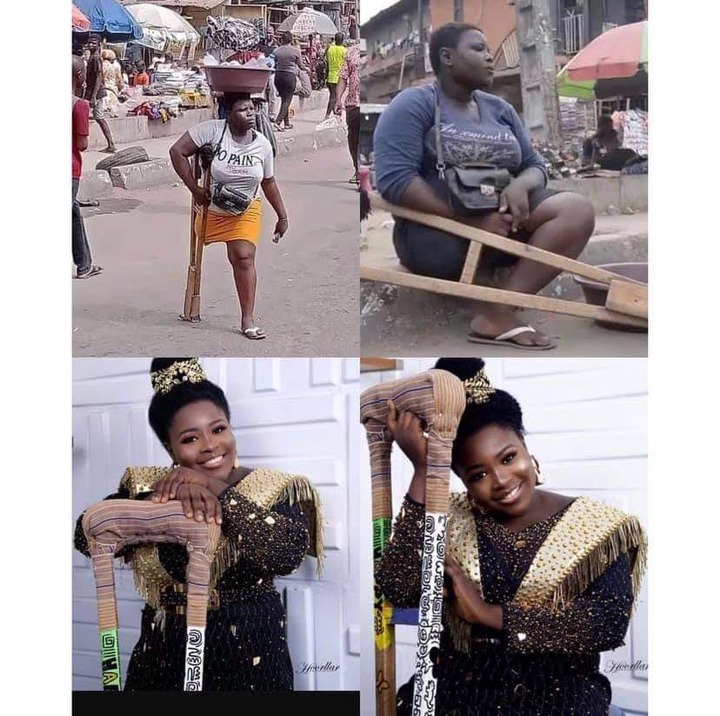 The story of Mary Daniel , an amputee sachets water seller that made rounds about a month will for a long time linger in the hearts of many as reported by many local and international media outlets. 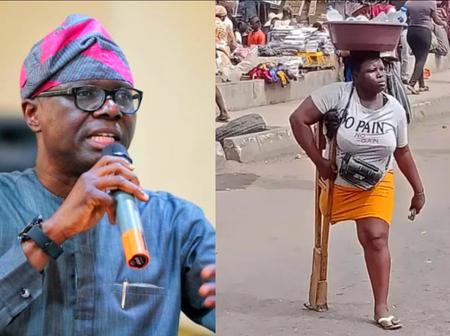 The story which showed an enthusiastic young lady and single mother of one caught the attention of many as in less than no time, she became a national sensation.

Little was known or heard about her until couple of pictures hit the internet as she was seen limping to sell sachets water on the streets of oshodi, Lagos State Nigeria. 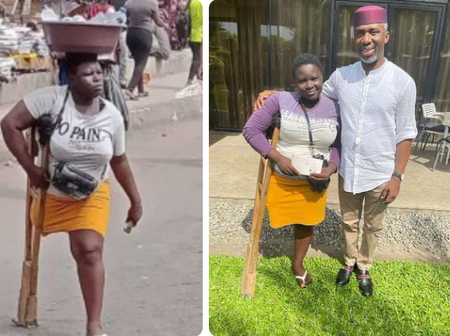 What won the hearts of many, was seeing a physically challenged lady trying to make a living out of her condition especially at a moment where people who are endowned still walk around the streets begging for alms.

Out of empathy, a "go fund me" account was opened on her behalf, an in less than two days, 14 million naira was already raised to encourage her start a better business which will give her very little exposure to risk.

Mary claimed to be the bread winner of her family, taking care of her grandmother and little daughter, since the demise of her both parents in an accident that left her amputated for life.

Nigerians in their usual ways have shown her love, and out of the abundance of the resources she received, the Lagos State Government tried to offer her security,to shield her from being attacked by external bodies who may kill to dispose her of the contributions.

Although a funny story emerged almost immediately of a young man who came to the public to propose to her, no other controversy came forth until the Government made a huge statement about Mary and her cohorts.

It was later discovered that Mary who claimed to be an orphan has her dad still alive and living in her home state of Imo.

The Lagos State Government also claimed that, Mary has been receiving series of threat messages from unknown numbers who said they were ready to expose her lies to the world of they don't get payment for the planned "staged " play.

But irrespective of what the situation is, the Government must realize that , the money sent to Mary Daniel was a show of love for her disability, whether she lied or not.

The amazing story of how Mary hopped in the streets of Lagos, beating traffic must have encouraged the donations and many don't care about her true or false stories.

To me, I feel, the Lagos State Government and it's officials must without delay, release all outstanding monies gathered for the sake of charity to Mary to get her life sorted out.

Mary Daniel should be able to take legal actions against whoever feels entitled to her 25 million naira donations which is good enough to set her life going.