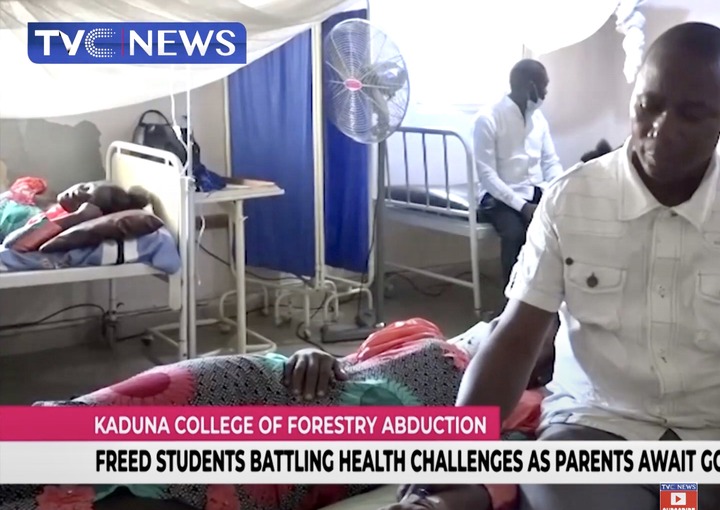 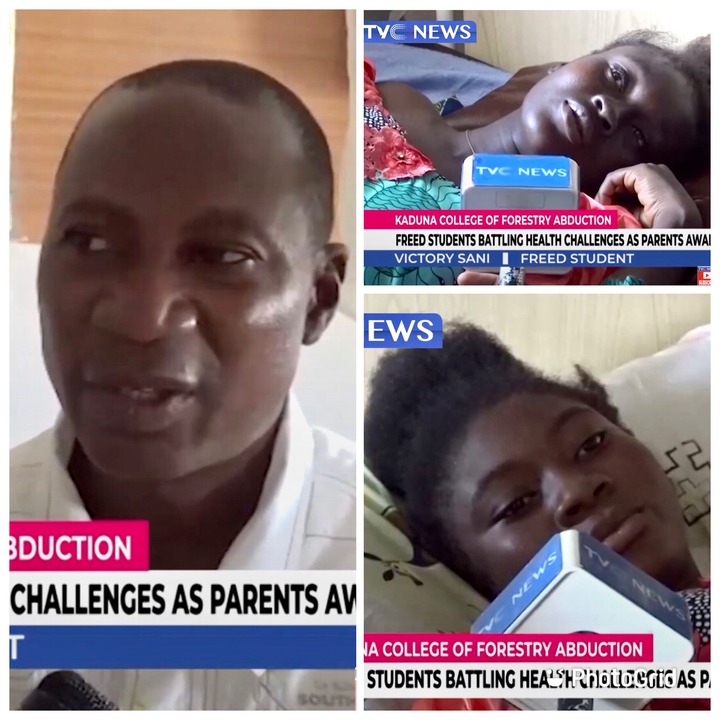 You may recall the reported abduction of students from the Federal College of Forestry Mechanization in Kaduna state this year after gunmen stormed the said institution. The students were however released after they had spent more than 50 day in captivity.

According to their father, Rejoice Sani and her sister, Victory Sani were moved to the hospital after they started complaining of health issues following their release from captivity. 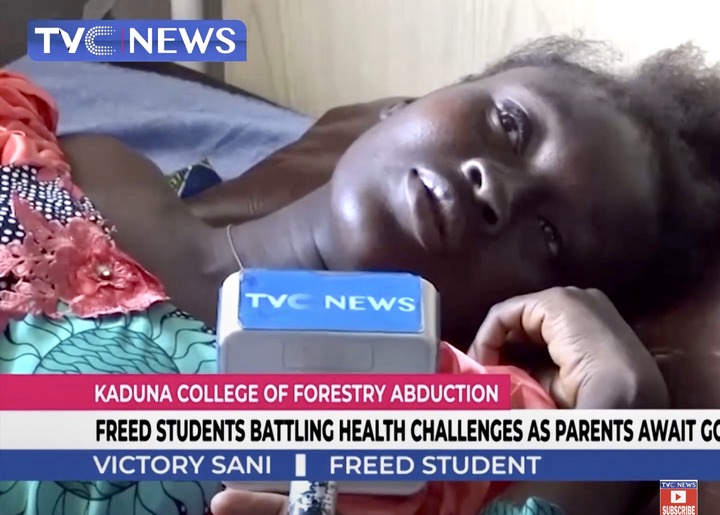 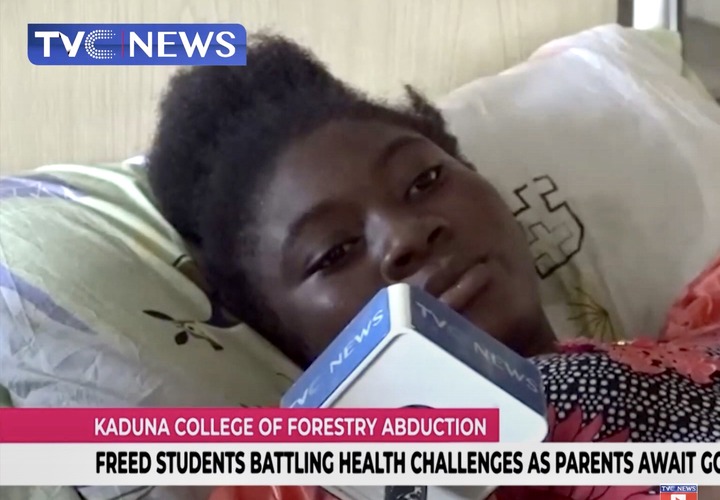 Mr. Friday Sani stated that his daughters were complaining about stomach pain and they became restless after the bandits released them. Friday added that he therefore had to take his daughters to the hospital and he has been the one taking care of their treatment since then.

One of the sisters however revealed that they were made to sleep on leaves and their poor feeding conditions while in captivity.

60 Years Old Arms Smuggler Arrested By The Police, Checkout Where He Hid The Weapons