By CoachAnny (self meida writer) | 15 days 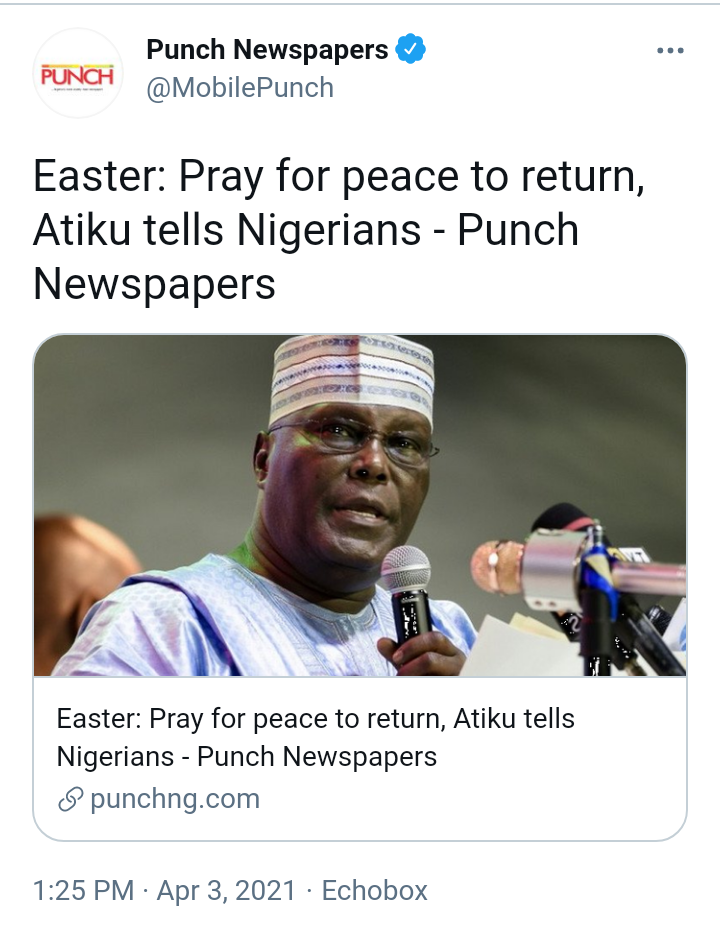 Former Vice President, Atiku Abubakar, has urged Nigerians to used the occasion of Easter to pray for Nigeria’s unity and for peace to return to the country.

In his Easter message to Nigerians, Atiku recalled how the coronavirus pandemic crippled many activities in most countries in the world last year.

The former Vice President, therefore, hailed the health workers who, like the example set by Jesus Christ, sacrificed their lives in battling the virus. 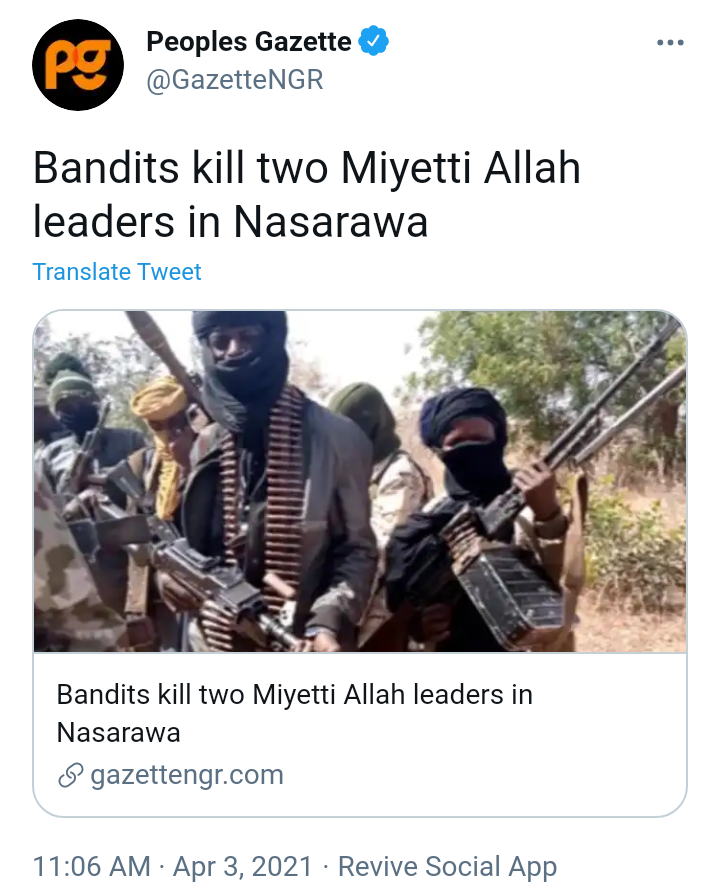 The tragic incident was confirmed in a statement issued by the state’s police spokesman, Ramham Nansel.

In the statement, the police said the unknown gunmen suspected to be Fulani bandits attacked and killed the herders. 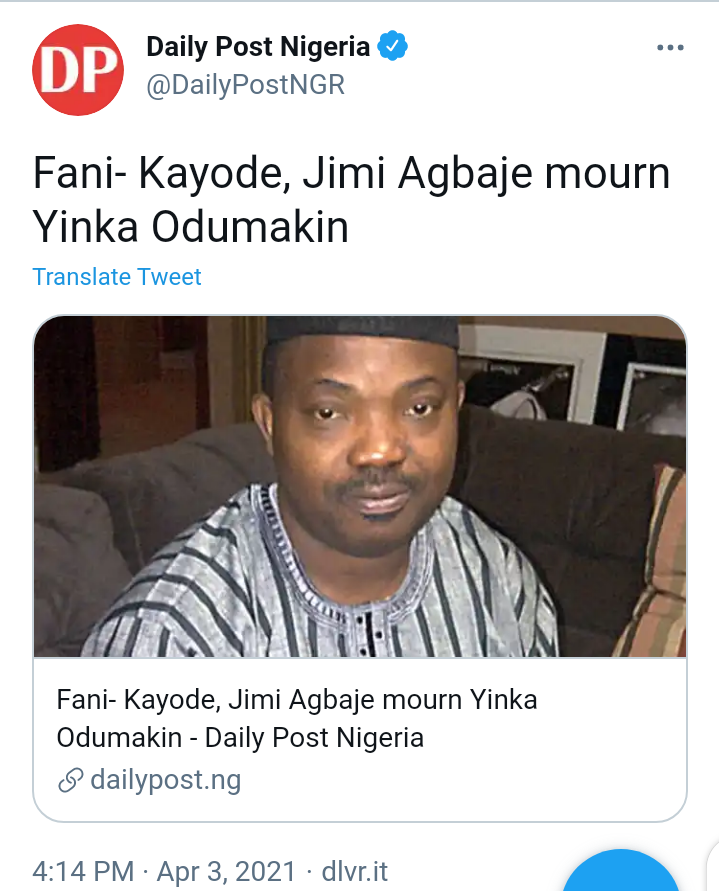 Femi Fani-Kayode, former Aviation Minister, has described the late Spokesman of Afenifere, Yinka Odumakin as a great warrior who feared nothing and stood for truth and justice right to the end.

He said the South West and Nigeria have lost one of their illustrious sons and brightest stars. 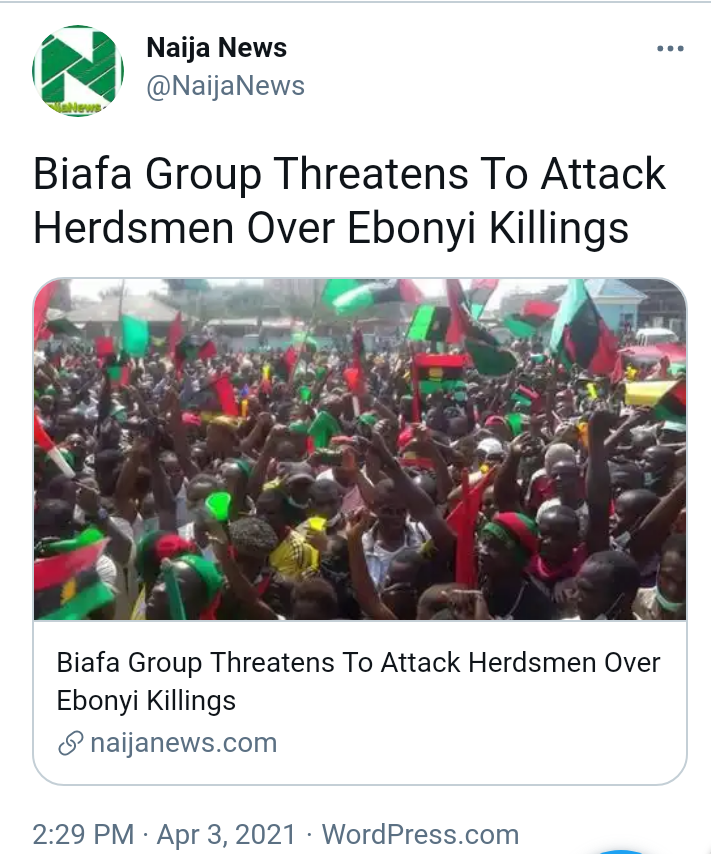 The Biafra Nations League (BNL) has threatened to carry out reprisal attacks on Fulani herdsmen over the recent killing of 15 people in Ebonyi state.

The Deputy National Leader of BNL, Ebuta Akor Takon while addressing newsmen in Ikom, Cross River State declared that ‘enough is enough of the wanton killings by suspected Fulani herdsmen of innocent residents in the southeast and other parts of the country.

The group lamented that soldiers and other security operatives were ignoring the activities of the Fulani herdsmen but going after other groups in the country.

He revealed that his group has ordered mobilization for a reprisal attack and would go ahead except the Miyetti Allah group calls its members to order. 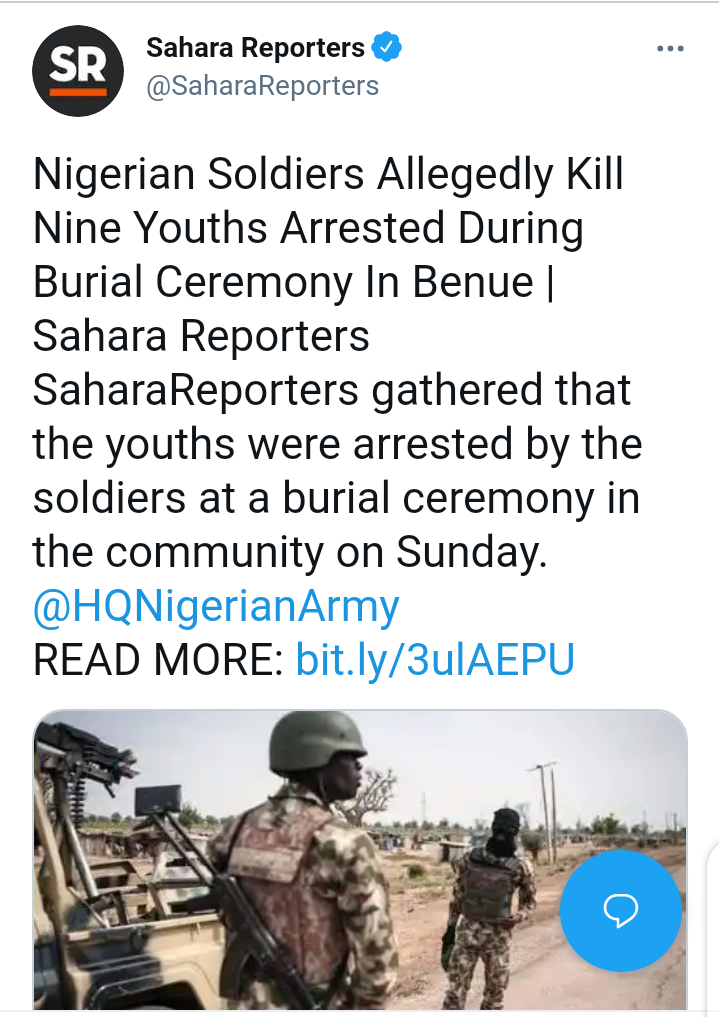 No fewer than nine youths have been allegedly killed by men of the Nigerian Army in Tse Ugir village, Katsina-Ala Local Government Area of Benue state.

Their dead bodies were found by the roadside on Tuesday.

A source told SaharaReporters that three of his family members were killed by the soldiers who gave no reason for their action. 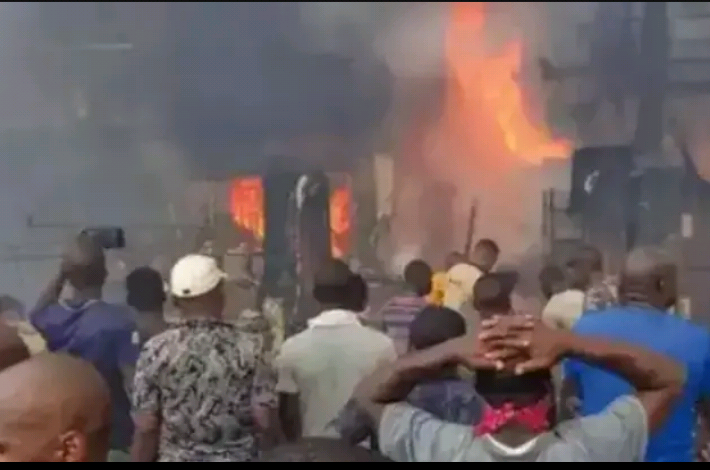 Before The Sun Rise This Monday Morning, Say These Prayers For God's Blessings Upon Your Life

"You Are Dirty And Broke" Bobrisky fights Halima Abubakar

Before you Talk to Anyone Today, Say these Short Prayers for Divine Help and Favor.

Simi is 33 Years Today, Check Out the Sultry Photos, She Shared as She Celebrates her Birthday

Prayer For Women Trusting God For A Child