It seems the constant warnings and various admonitions from various arms of government and other agencies urging people to always move away from overturned fuel tankers do not hold any meaning to some residents of Lagos State as they are always in the habit of scooping fuel from any overturned tanker on sight.

This situation reared its ugly head again in the evening of Wednesday, September 22, along Ijora 7-Up Road inward Alaka Bridge when residents in the area trooped out to scoop fuel following the overturn of a tanker carrying substance said to be diesel.

Despite the arrival of the officials of the Lagos State Fire and Rescue Service to the scene of the incident and following warnings by the officials, the people were not deterred as they swooped on the overturned fuel tanker with various kegs and jerrycans, scooping the diesel from the tanker.

The driver of the fuel tanker, who was said to be heading towards Lagos Island, was said to have lost control of the vehicle, causing it to overturn and spill its content on the road. Men of the Lagos State Fire and Rescue Service wwer quickly invited to manage the incident. 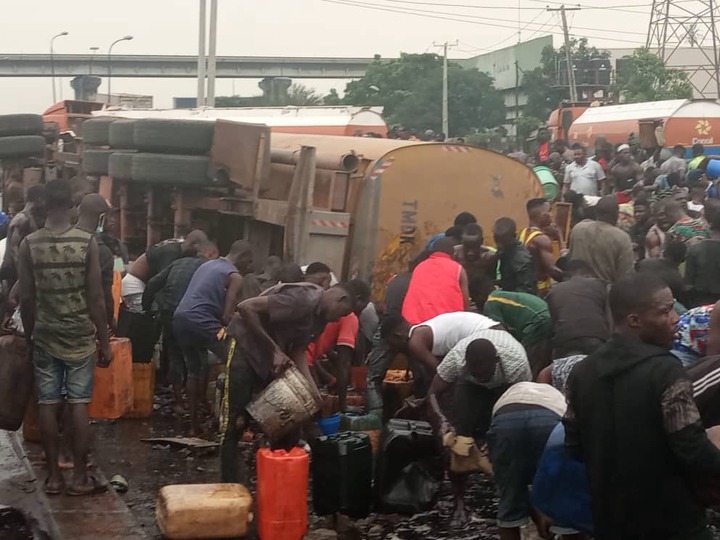 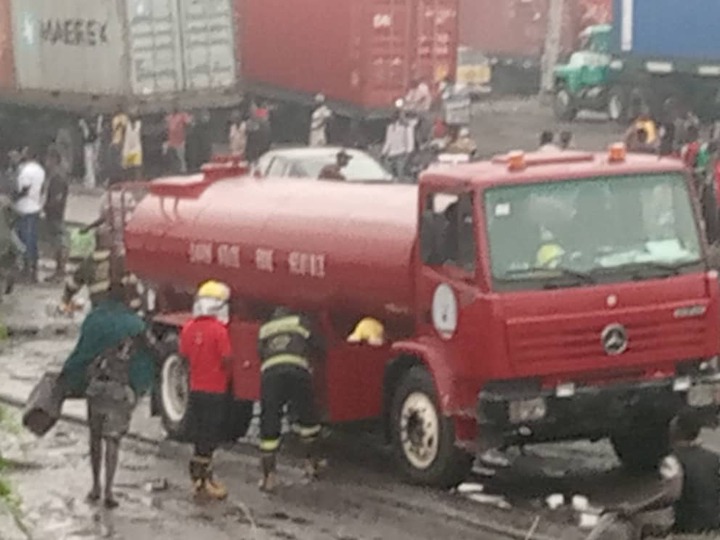 However, a few minutes after the tanker fell, some youths in the area came out with kegs and jerrycans and started scooping the diesel from the tanker. The officials of the fire service, who later arrived at the scene, warned them to desist from scooping the commodity.

This did not deter them as they continued to scoop the fuel and it took the intervention of policemen from Badia Police Station who were called to the scene and who succeeded in cordoning off the area before the men of the fire service could pour water on the spilled diesel on the road.

As of the time of this report, the officials of the fire service had taken over control of the situation as they were seen pouring water on the road while traffic had been diverted from the stretch of the road with officials of the Lagos State Traffic Management Authority (LASTMA) controlling the traffic situation.