By Kasalatv (self media writer) | 28 days ago 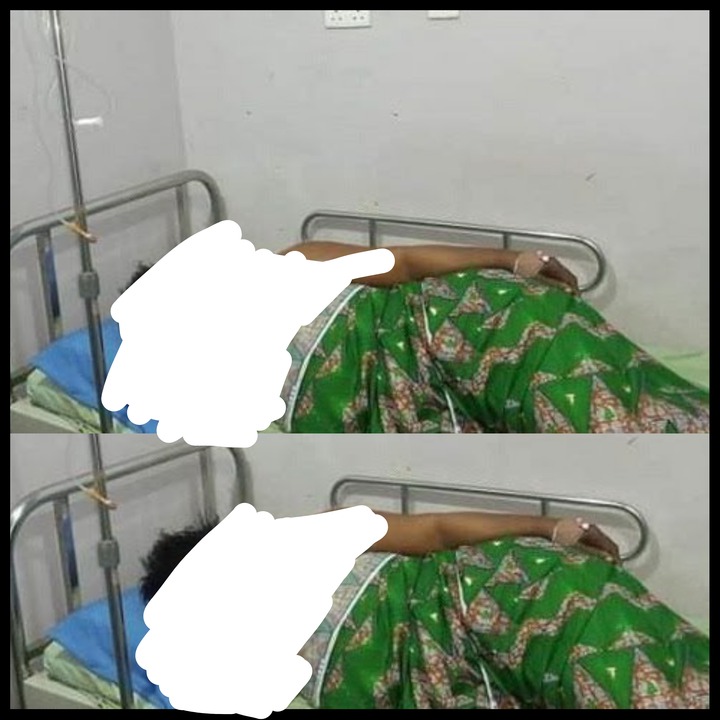 A woman identified as Mrs. Oke Ereegarnoma in Delta State was rescued by neighbors on Tuesday after her son, Emma Ere-Eganoma, attempted to kill her for money rituals at Okuokoko Community in Okpe Local Government Area of Delta State.

According to reports, the suspect invited the victim (his mother) to his home for a surprise, and when the victim got to his house, she was excited as she was greeted with loud music blasting from the sound system in the house.

But, after her arrival, the suspect locked the door, pounds on the petty trader, and started to butcher her with a machete as her cries for help were submerged in the loud music that was blasting from the sound system.

But, fortunately for the woman, the neighbors heard her cries despite the loud music, broke the locked door, and rescued her from being killed. Her son was, however, apprehended by neighbors and handed to the police, while the woman who sustained varying degrees of injuries was taken to the hospital for medical attention.

The police are, however, waiting for her to be discharged from the hospital so that she can confirm or refute the claims that her son wanted to use her for money as the son has denied the claim.

All the same, thank God for the intervention of the neighbors, only God knows what would have happened. But, then it is quite alarming how some young individuals are so desperate to get quick wealth in society today. Who do we blame for this?

Content created and supplied by: Kasalatv (via Opera News )

4 Natural Ways To Get Rid Of Darker Inner Thighs