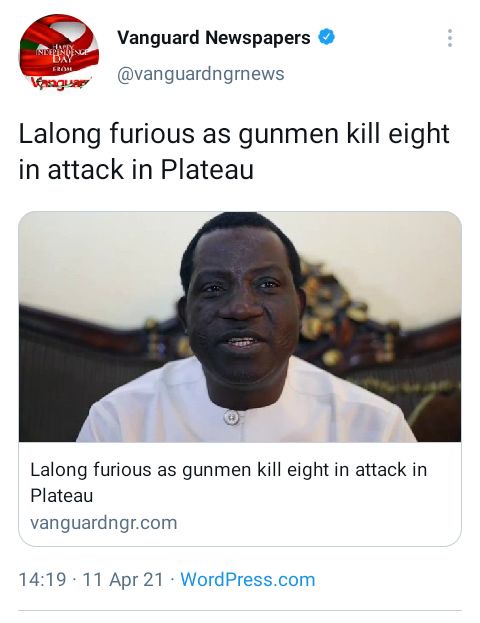 Plateau State governor, Simon Lalong, has expressed sadness over an attack on a mining site in Kuru, Jos South Local Government Area of the state which left eight people dead. It would be recalled that the miners were ambushed and shot dead while others sustained fatal injuries at about 7:00 pm on Friday at a mining site behind Government Science School, Kuru. 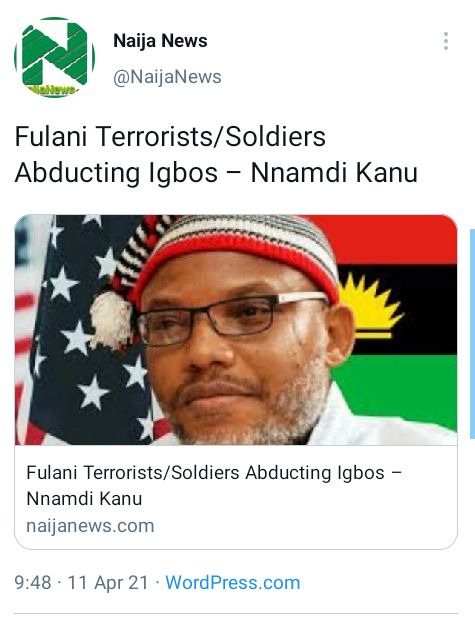 The leader of the Indigenous People of Biafra (IPOB), Mazi Nnamdi Kanu has claimed that Fulani terrorists are allegedly abducting people in Ozubulu and Ihiala in Anambra State. Naija News reports that the wanted IPOB leader made this known Nnamdi Kanun a post on his Twitter page on Sunday. According to the pro-Biafra activist, the ‘Fulani soldiers’ arrived in over 30 Toyota Hilux. 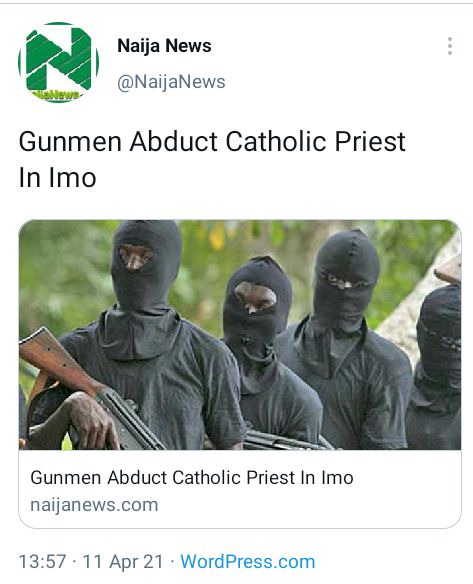 Onyeocha who is also a lecturer in the Faculty of Humanities at the Imo State University is a native of Avuru Community in the Ikeduru Local Government Area. The Catholic priest was traveling back to Owerri from Enugu when he was abducted. 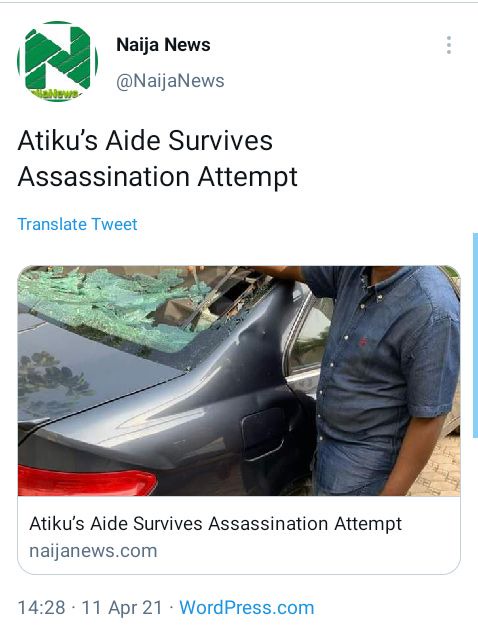 An aide to former Vice President Atiku Abubakar, Aliyu Abbas escaped an assassination attempt on his life on Saturday. It was gathered that Abbas narrowly escaped death following an attack on his convoy by gunmen on his way to Lafia, the Nasarawa state capital. He was said to have been traveling alongside some others. 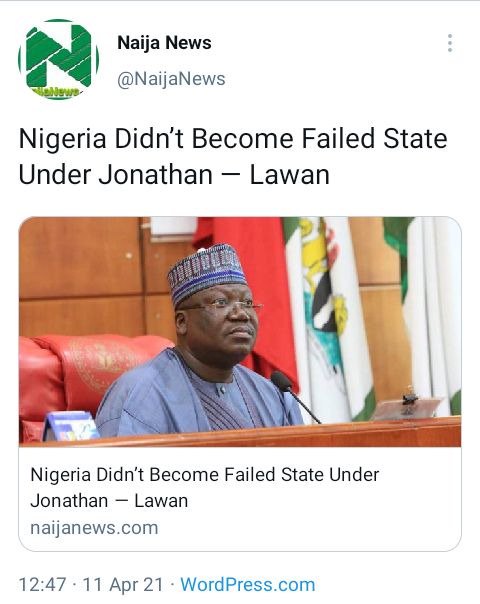 The President of the Senate, Ahmad Lawan, on Saturday, said the security issues affecting Nigerian cannot make it a failed state.

Lawan stated this while launching the 2021 empowerment program to 2000 beneficiaries of Katsina central senatorial district. Recall that Financial Times in December 2020, said Nigeria was on the brink of becoming a failed state

Abduction: See Why El-Rufai Was Under Media Attacks Despite The Release Of 29 Afaka Students