The reckless driving of drivers of trailers carrying containers reared its ugly head again in the afternoon of Monday, September 13, when the driver of a trailer carrying a 40-foot container hit a Toyota Sienna Space Bus, damaging the vehicle in the process.

The incident occurred around 2:30 p.m. at Super inward Ile Epo on the Lagos-Abeokuta Expressway when the driver of the trailer who was driving recklessly hit the Toyota Sienna, damaging its left doors and also shattering the window glasses on the driver and passenger sides. 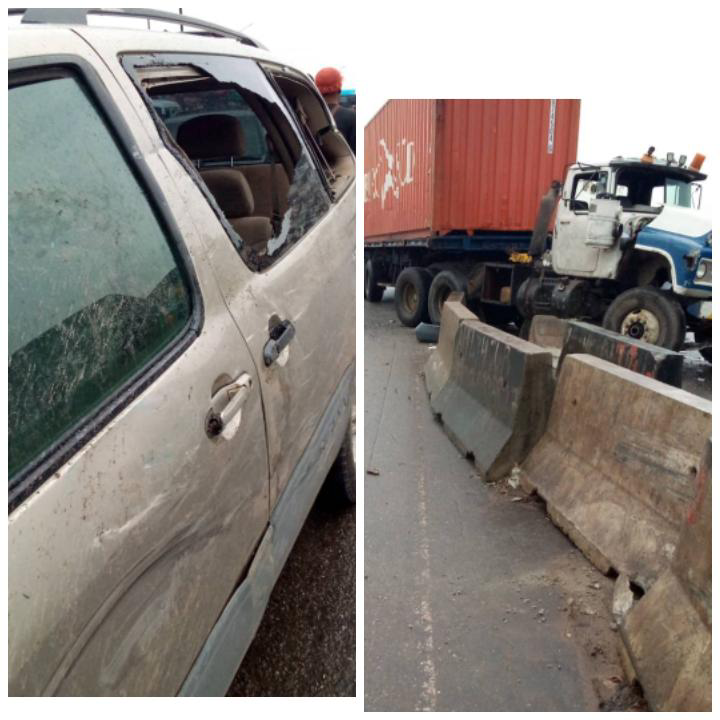 It was gathered that despite the heavy rainfall that occurred in the area on Monday, the driver of the trailer did not bother to obey traffic rules and regulations as he was said to be driving recklessly on the road.

As a result of his recklessness, he hit the Toyota Corolla that was on the road and in the process, the impact of the crash made the driver of the Sienna lose control, causing the vehicle to land on the roadside. 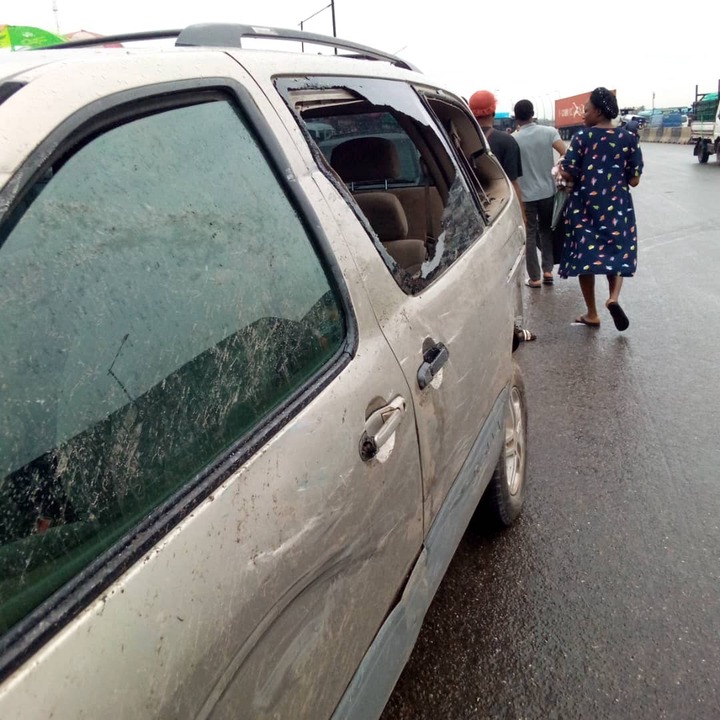 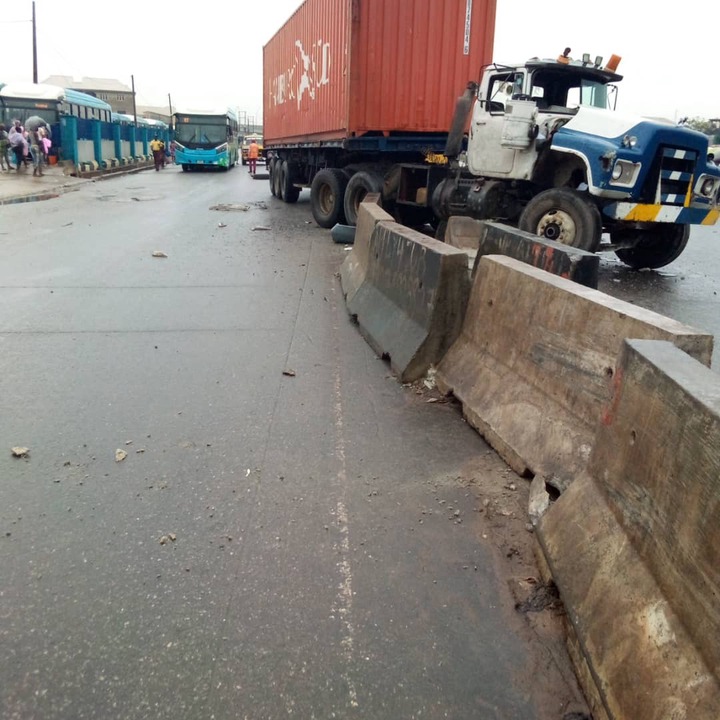 The incident was announced by the Lagos State Traffic Management Authority (LASTMA), the agency in charge of traffic monitoring in the state, which disclosed that though the incident caused minimal traffic congestion, motorists were advised to approach the area with caution.

LASTMA also disclosed that efforts were being made for the removal of the two vehicles from the road while policemen had also been invited to assess the situation.

According to LASTMA which announced the incident on its Facebook wall: "An accident has occurred involving the driver of a container laden trailer who drove recklessly and hit a Toyota Sienna Space Bus.

"The incident occurred at Super inward Ile Epo on the Lagos-Abeokuta Expressway with the Sienna having its left side damaged while the window glasses were shattered as a result of the impact of the incident. No one was injured.

"At the moment, the impact on traffic is minimal. Efforts have commenced for their removal while policemen have been invited to assess the scene of the incident. Motorists should approach with caution."