By Arewareporter (self media writer) | 8 months ago

A 42-year-old man identified as Papa Gyabi has been arrested for allegedly killing his girlfriend with a hammer after he claims she refused to let him have an affair with her when she visited him. Linda Ikeji Blog reported that the incident occurred yesterday (Saturday) in Shama-Kumasi in the western region of Ghana.

According to police sources, the suspect confessed that his girlfriend Rita paid him a visit in his house but a quarrel ensued between them shortly before midnight because she denied him herself. Trouble started when he tried to convince her but she remained adamant. All of the sudden, a fight ensued between them and the suspect used a hammer to smash Rita's head, a situation that led to her death.

Spokesperson of the police, DSP Olivia Ewurabena Adiku, who confirmed the incident, said the police proceeded to the scene and found the suspect's room locked. They tried to convince him to open the room but he vowed to smash the head of anybody that enters the room. The police were left with no choice but to break the door and arrest him. After he was taken to the station, the suspect told them that he killed her following an argument between them after she turned down his request. 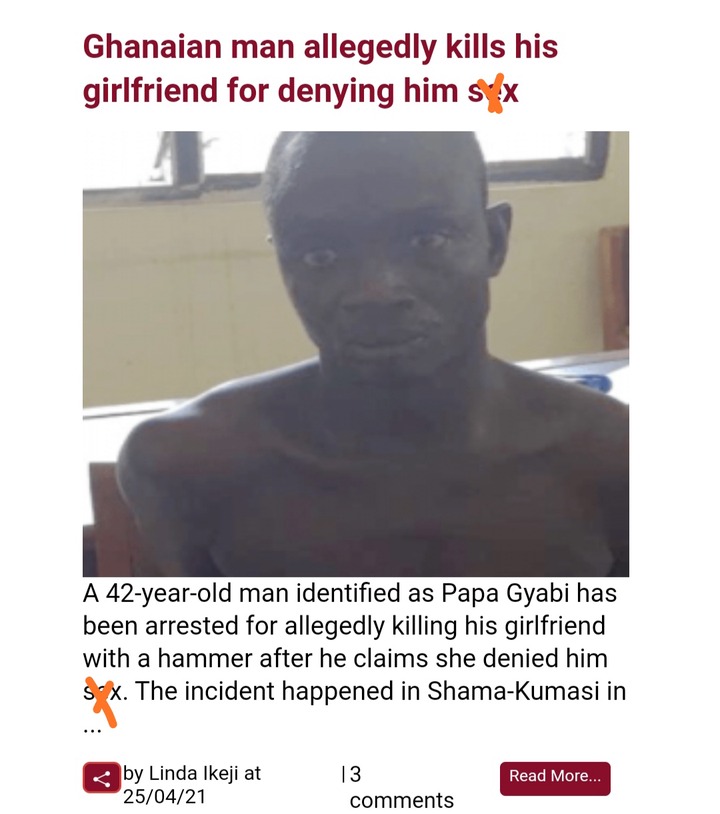 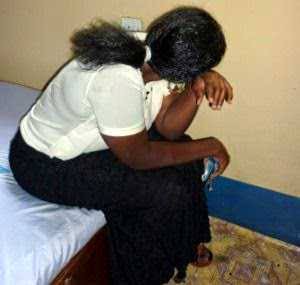