The Otokoto ritual killings of 1996: What Truly Went Wrong?

By FrankChukwu (self media writer) | 6 days ago

On 19th September 1996, during the regime of the late Sani Abacha in the city of Owerri ( Imo state), an innocent 11 year old boy named Anthony Ikechukwu Okoronkwo, was murdered for ritual purposes. 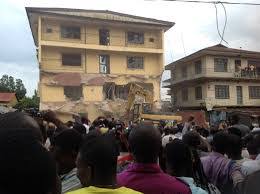 The little boy was hawking boiled groundnuts, which was his daily routine, when he got to Amakohia area of Owerri, his eyes lit up with joy when a ‘customer’ beckoned on him to approach. That customer was named Innocent Ekeanyanwu and he was 32 years old.

The boy was called into the famous Otokoto Hotel, and he was very excited since it was a Hotel, it means that the new ‘customer’ would be buying plenty groundnuts and enable him finish his wares and make his struggling family happy.

While waiting, the boy was treated like a guest, he was given a bottle of Coca-Cola drink, to chill off from the scorching heat of the sun. Innocently, he accepted the drink and gulped it down with relish.

While he was sipping his drink and taking a look at the glittering surroundings of the Hotel, as if he was dreaming, his visions became blurry and sounds around him became dull, and in a matter of minutes, he dozed off.

Observing the boy from a distance, was the man who had called him to but his groundnuts. He had spiked the boy’s drink, and once he saw he was asleep, he took the limp body of the drugged lad into one of the Hotel rooms and what followed next remains the evilest thing anyone can imagine. 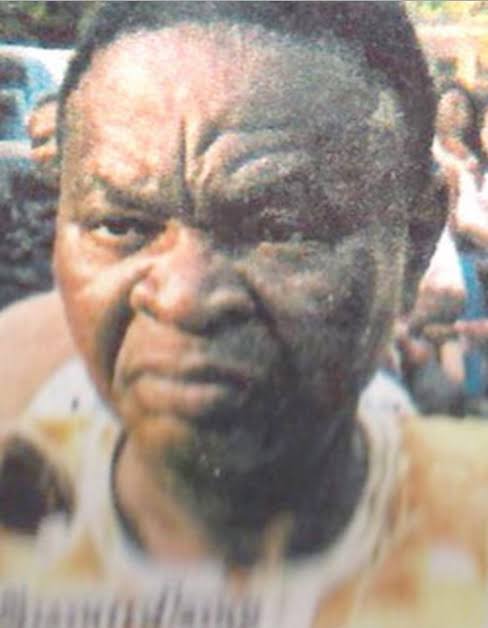 A sharp cutlass emerged from nowhere and the boy’s head was severed from his body.

After the boy’s head was cut off from his body, he removed his liver and genitals as well as other important parts of his body, stacked them up in a polytene bag and buried the rest.

The Killer, Mr Innocent, took the bag containing the boy’s head and headed for the next location: to the house of the man who needed the fresh head. The man behind it all.

HOW DID THE INFORMATION LEAK OUT:

After the grisly murder of the little Okoronkwo by Mr Innocent, he left the Hotel to deliver the head and other parts of the boys’s body where it was needed. He then stopped a bike man to convey him to the place. It was the bike man named Opara whom he stopped to take him to his destination in Eziama that realized that what his passenger was carrying in a polytene bag was a fresh human head. It was still dripping with blood, when he alighted, the bike man quickly alerted the police. The police then intercepted Mr Innocent on his way back in a 504 Peugeot car, he was carrying the head in a polytene bag.

He was going to the house of highly influential figure named chief leonard Unaogu at Eziama, Ikeduru local council area, but on arriving with the head, he was told Mr Leonard had left for Lagos.

Mr Innocent had no option than to return back to Owerri with boy’s head. It was in his way back that he was arrested by the police and he confessed to his crimes.

When it was time to take the headless body of the boy to the local mortuary, there was massive procession and protest by the Owerri people.

People came out in thousands to protest the boy’s ritual killing. They stayed around and within the Hotel premises, waited for the police to confirm that it was a ritual murder with more people trooping in as the news spread.

It was in the midst of this tension that the local media made its miscalculation, They displayed the image of Mr Innocent holding the head of its victim in a polytene bag. The goal of the media was to assure the people, assuage public fear, as the public to help identify the boy and show official transparency, but what followed next was a catastrophe, all hell broke loose and the enraged people of Owerri went haywire after the image was broadcasted.

The news spread rapidly while unemployed and disgruntled youths took over the parks and issued threats to the Owerri millionaires. From the Owerri main market, the riot spread and exploded. The pattern of destruction was neat.

From there, the crowd split into attacking groups and spread to other sites of privileged elite and unleashed maximum havoc. The Zubairu - led government later confiscated all the properties belonging to members of the Otokoto group, as recommended by the panel which was headed by justice PC Onumajuru.

From there, they rushed to the palace of the traditional ruler and chairman of the state council for traditional rulers Eze Onu Egwu Nwoke and burnt down his residence and petrol stations. They also destroyed the king’s 15 air conditioners and many of his cars.

The administrators were targeted because they were unable to properly tackle several cases of kidnapping, ritual murder and robbery while in office. The angry rioters only agreed to calm down when the military administration assured them that a full, state-level investigation of the incident was going to be launched . Mr Innocent who murdered the boy was 32 years old and worked as a gardener inside the Hotel.

After over a year of trials, and serious of adjournment with many judges retiring and some forfeiting the case, the arrested suspects were all sentenced to death by justice Chioma Nwosu, on the 28th day of April 1999. Whenever the family of Vincent Duru request that the confiscated properties be returned to them, the people of Owerri would rise up and protest.