What Is A Mad Man Doing With ₦250,000, Three iPhones And Women Underwear?

By Emmanuelpiuse (self media writer) | 11 months ago

A man who claimed to be a mad man was caught and beaten by a mob in Mowe, Obafemi Owode Local Government Area Of Ogun State.

The mad man was beaten because he was seen making calls with an unknown person. The mob on approaching him, made an attempt to escape, which was stopped by the mob and further checked his bags and found ₦250,000, three iPhones and women underwear. 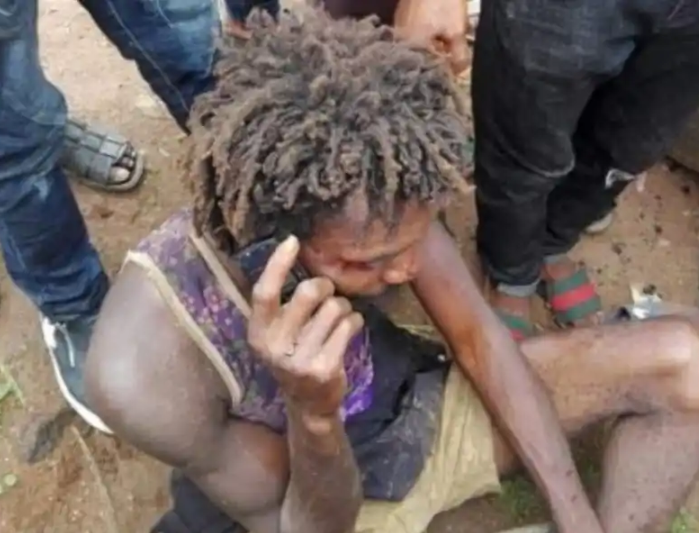 According to one of the eye witness Ade, He said, "I was playing lotto with my friends under the bridge "when I saw the mentally unstable man making calls; when we noticed him, we tried to move close to him, but when he saw that we were coming close, he tried to escape.

Ade also said the mad man had been at Mowe's bus stop for long, and after much beaten from the mob, he was handed over to the police but he was rejected because, the police said they could not accommodate a mad person in their station. Who knows if he's truly mad!

One of the eye witness called Yetunde, said the mad man was beaten because he was asked but refused to disclose whom he was communicating with and these angered the mob which made people pounced on him and wondering were he could get ₦250,000, three iPhones and women underwear. This mad man must be a thief and a ritualists.

May God Almighty protect us all.

What do you have to say about this, should we still call him a mad man or what?