It was the end of the road for seven young men who were described as bandits and who also engage in stealing cattle as they were arrested by men of the Sokoto State command of the Nigerian Security and Civil Defence Corps (NSCDC) after they had stolen 54 cattle which they were taking to their leaders in the forest, the NSCDC announced on Sunday, October 17. 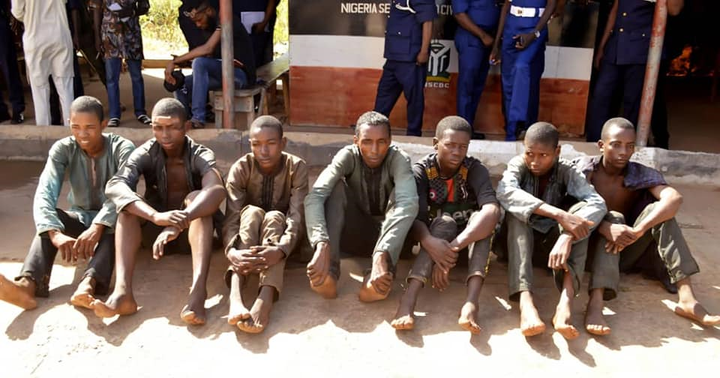 The menace of banditry and cattle rustling in the Northern part of the country has always been a source of concern to residents and governments in various states in the North. What is however surprising is the involvement of teenagers and young adults in the nefarious activities.

According to information gathered from the official Facebook wall of the NSCDC on Sunday, following intelligence gathered about the rustling activities of the young men, its operatives from Wurno division, in collaboration with the vigilante group in the area, launched the manhunt that led to the arrest of the seven men.

It was also gathered that upon interrogation, the men were found to have links with high-profile bandit leaders carrying out different forms of attack in the axis of Sokoto East and some of them were said to have confessed that they were taking the stolen cattle to some of the bandit leaders.

The information further disclosed that more investigations were ongoing about the activities of the seven men after which they will be prosecuted in the court of law.