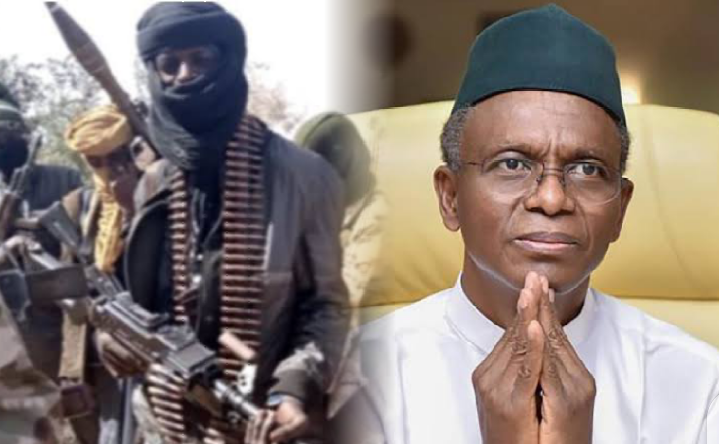 The Police Command in Niger on Wednesday confirmed the abduction of 13 passengers by gunmen at Konar Barau village of Rafi Local Government Area of Niger state.

The Commissioner of Police in the state, Mr Monday Kuryas, confirmed the incident in an interview with the News Agency of Nigeria (NAN) in Minna, the state capital. 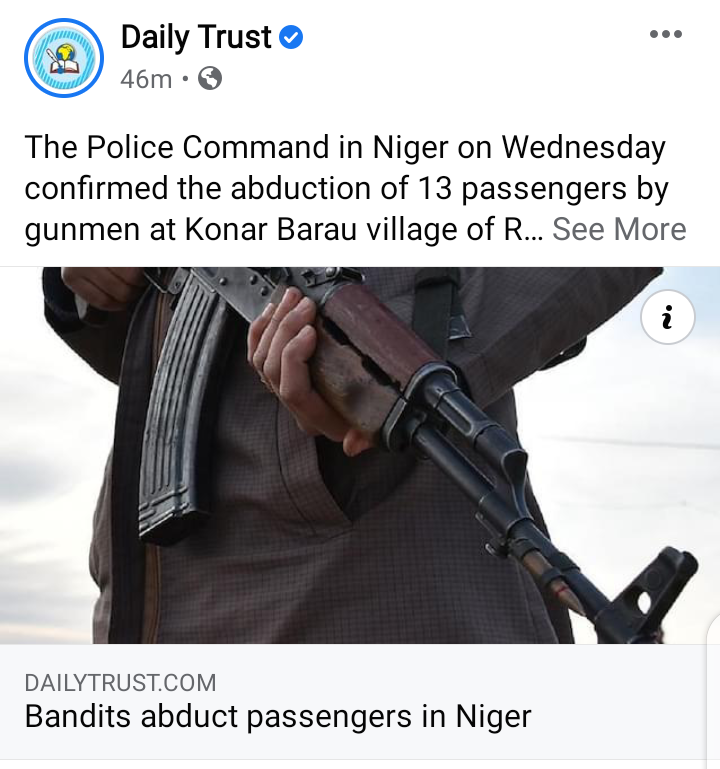 Kuryas said at about 1530 hours, the DPO of Zungeru reported that one Mubarak Idris of Kwanawa village, Sokoto State, a driver of an 18-seater bus with registration number LGT 12 XWX loaded with 18 passengers from Yauwuri Kebbi state mostly fishermen heading to Yenagoa, Bayelsa state, on fishing activities, reported the matter to the police.

He said Idris reported that on getting to Konar Barau sharp bend under Rafi local government area along Tegina — Minna road, suspected bandits in military uniform kidnapped 13 of his passengers and his motor boy.

Governor Nasir El-Rufai of Kaduna State has called on the Federal Government to declare bandits as terrorists.

He said this will enable the military to kill them without consequences in international law.

The Governor made the comment after receiving the third quarter security report of the state, on Wednesday. 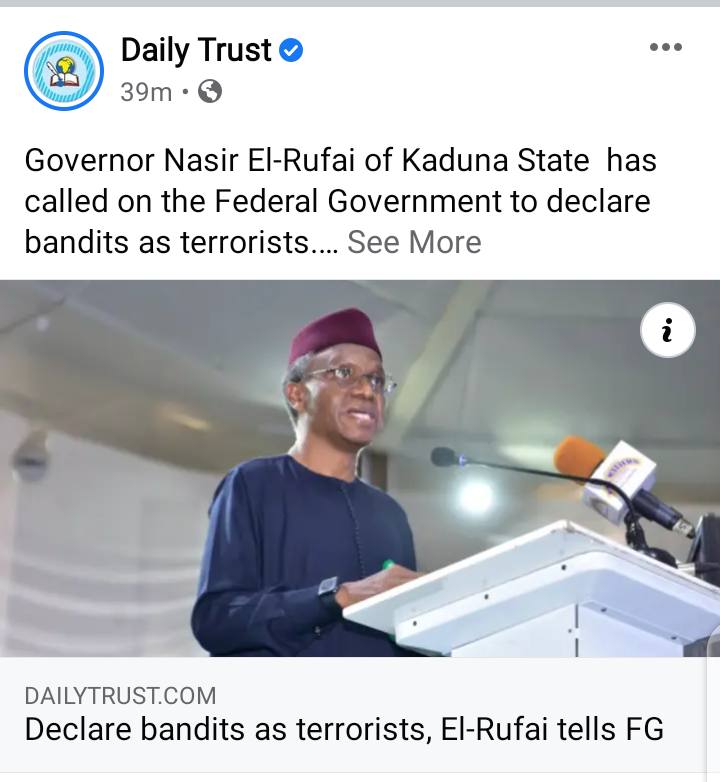 He said in 2017, he wrote a letter to the Federal Government, seeking the declaration.

According to him, his administration support the resolution by the National Assembly on the issue, adding that he will follow up with another letter of support for the government to declare the bandits as terrorists.

Hundreds of youths in Port Harcourt, the Rivers State capital, on Wednesday, staged a candlelight procession in commemoration of those who lost their lives during the End SARS protest of last year.

The youths converged around the popular Waterlines junction around 4pm to begin their protest. 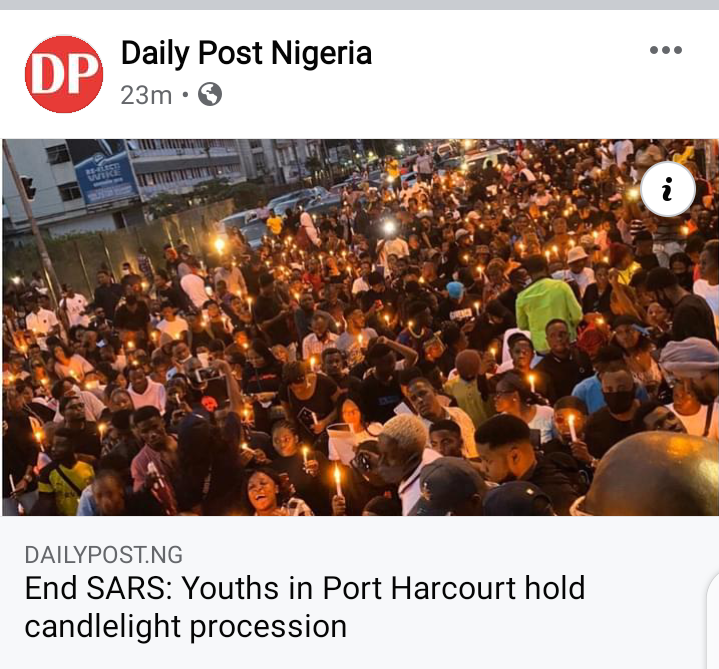 The youths marched through the streets in company of armed security operatives.

Some of the protesters carried placards with various inscriptions like “no protester will die in vain under our watch”.

They demanded that the government begin the implementation of the recommendation of the panel of inquiries set up by state governments including the prosecution of erring police officers.

Vice President, Yemi Osinbajo, has said young Nigerians need to get involved in politics in order to make a change in the nation.

Osinbajo said the only way Nigeria can be transformed is largely dependent on the actions and decisions of those who occupy public offices hence the reason young people in Nigeria must get involved in politics. 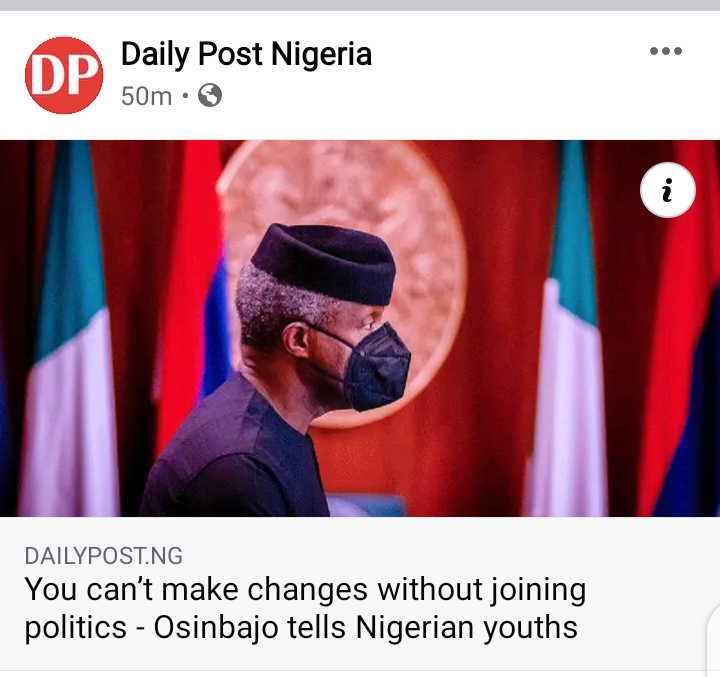 The Vice President said this on Wednesday at a virtual forum where he interacted with Nigerian Fellows of the Mandela Washington Fellowship for Young African Leaders.

According to the VP, “You need to go the extra length if you are not already involved, get involved in politics while a lot can be achieved in civil society, the government still holds the ace in terms of capacity and resources to bring social goods to the largest numbers.”