Meet Olga of Kiev, the saint who killed more than 5,000 people

By Coolbob (self meida writer) | 23 days

If you check in the dictionary, you'll see the description of a saint as "a person acknowledged as holy or virtuous and regarded in Christian faith as being in heaven after death." Or "a very virtuous, kind, or patient person."

Well, it seems that this description was overlooked when Saint Olga of Kiev was canonized as a saint. 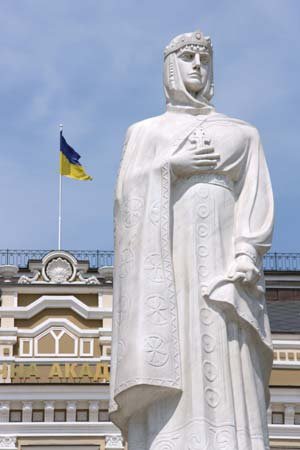 After her husband was killed, she went on a revenge spree killing more than 5,000 people in the process but, she is still venerated as a saint in the Eastern Orthodoxy Roman Catholic Church and her feast day is on the 11th of July.

According to wikipedia, her husband was Igor I of Kiev, leader of the Kievan Rus' empire. He had gone with his army to collect tribute from the neighbouring tribe of Drevlians who had stopped paying tribute to his empire, they were paying the money to a local warlord instead. He was successful in subduing them and collecting money from them but he decided it was not enough and returned to them with a small escort to collect more. Rather than giving him the money, they murdered him and according to chronicler 'Leo the Deacon' he was "captured by them, tied to tree trunks, and torn in two." 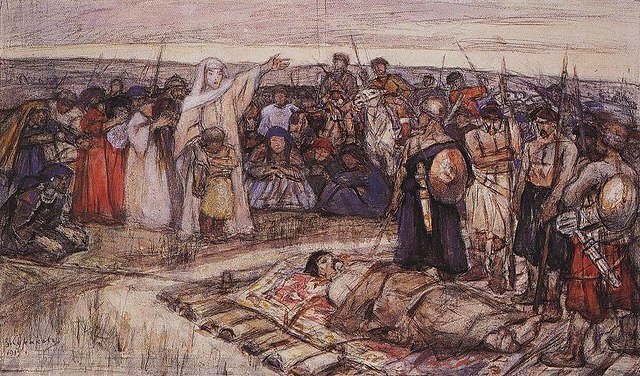 Her story began when after his death, she became the regent ruler because her three year old son Sviatoslav was too young to rule. The Drevlians, assuming she was helpless decided to take the throne by making her marry his murderer, their leader Prince Mal. They sent about twenty messengers by boat to tell her that they had murdered her husband and they wanted her to marry their prince. She said this to them: "Your proposal is pleasing to me, indeed, my husband cannot rise again from the dead. But I desire to honor you tomorrow in the presence of my people. Return now to your boat, and remain there with an aspect of arrogance. I shall send for you on the morrow, and you shall say, "We will not ride on horses nor go on foot, carry us in our boat." And you shall be carried in your boat."

When they returned the next day, they were indeed carried by boat as she promised but not to where they expected.

Her people carried the ambassadors in their boats and dumped them in a deep hole which had been dug the previous day. 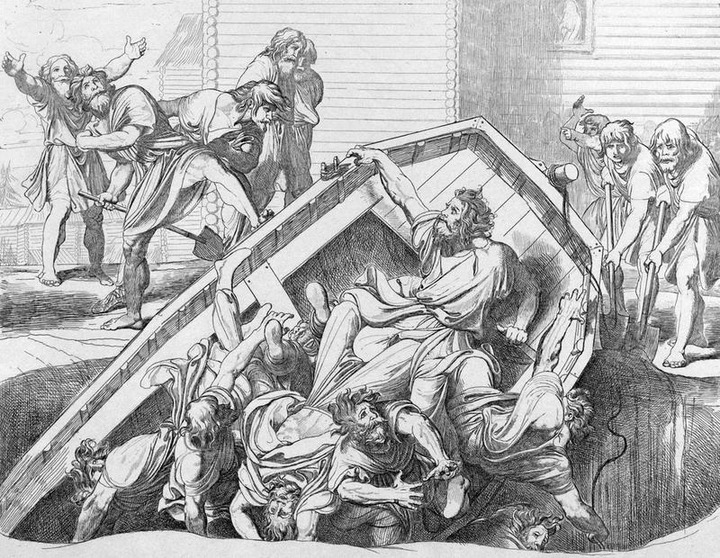 The people then proceeded to bury them alive and as it was happening, she went to the hole and "inquired whether they found the honor to their taste."

After that, she sent another message to the Drevlians telling them to send more men that would escort her to their prince. Unaware of the fate of the first group of messengers, they sent more men. 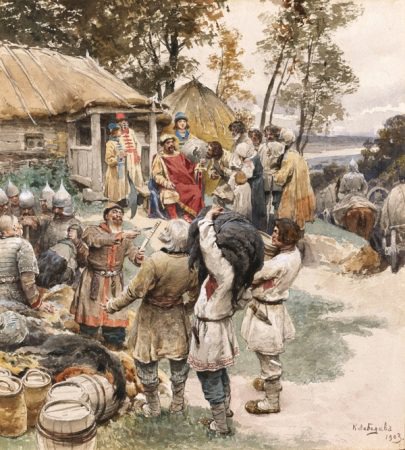 When these ones arrived, she told that they should appear before her until they'd bathed, when they entered the bathhouse to bathe, she had the door locked and set fire to the building, so that all the Drevlians inside got burned to death.

After that, he sent a message to the Drevlians telling them to "prepare great quantities of mead in the city where you killed my husband, that I may weep over his grave and hold a funeral feast for him." When she arrived at their city, she wept over her husband and held a funeral feast. 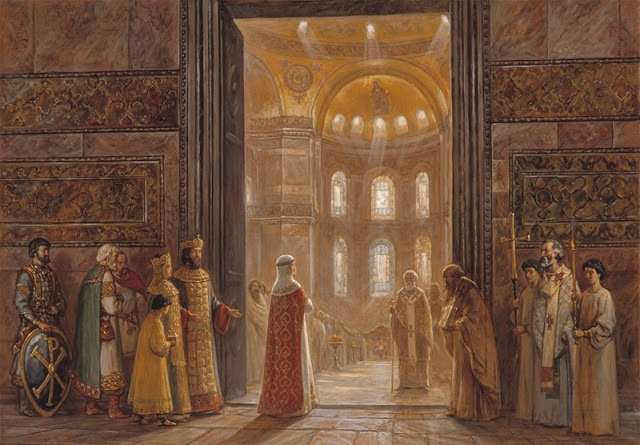 When the Drevlians joined them in the feast and drank they were drunk, she then ordered here followers to kill them. According to the records, they killed up to 5,000 Drevlians that night.

After that, she returned to her kingdom and prepared an army to finish off the Drevlians. Her army defeated the remaining Drevlian forces and drove them back to their cities but she wasn't through with them yet.

She led her army to the city where her husband was slain and laid siege to it, the siege lasted for a year without any progress. Seeing that they wouldn't let up, she sent messengers to them saying:

"Why do you persist in holding out? All your cities have surrendered to me and submitted to tribute, so that the inhabitants now cultivate their fields and their lands in peace. But you had rather tide of hunger, without submitting to tribute."

They sent a reply telling her that they would have surrendered but they were still afraid that she wanted revenge for her husband.

She deceived them by saying that the messengers she had killed and the people she slaughter on the feast night were enough for her and as a sign of peace, they should send her three messenger pigeons from each household. They happily did as she requested thinking that it was the end of the battle.

She then instructed her soldiers to bound a piece of sulphur with clothing and attach it to each bird. At night she set fire to the pieces of clothing and released the birds. 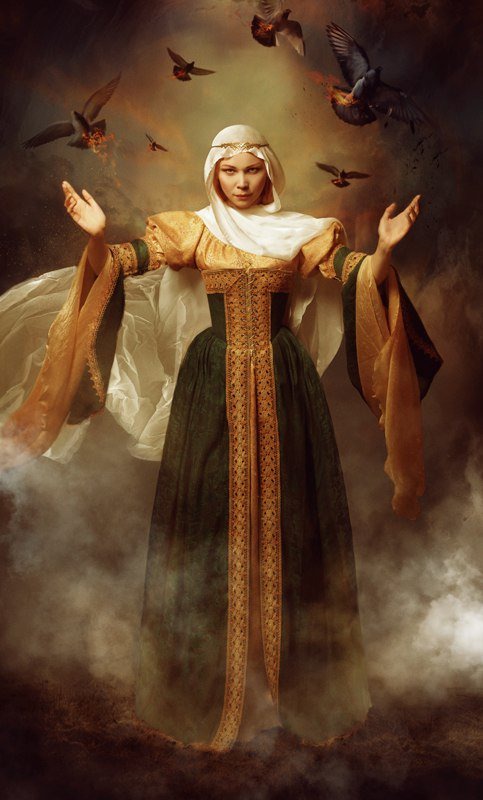 The birds immediately returned to their nests in the houses which caused all the houses in the town to catch fire at the same time. 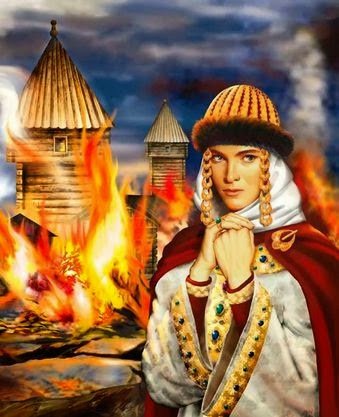 As the people ran away from the fire, she ordered her soldiers to kill some of them, the rest of them were either used as slaves for her followers or had to pay tribute to her.

She remained ruler until her son Sviatoslav came of age and took the throne from her.

She was canonized as a saint because of her decision to convert to Christianity instead of joining the pagan traditions which were around her.

Throwback: Checkout What A Muslim Footballer Said Concerning The Battle Between Isreal & Palestine

Here Is The Full Lineup Of Manchester United And Liverpool For Tonight's Match.

7 Little Things you can do to Make your Woman Happy