Recently, security operatives blocked the movement of vehicles at "Onitsha Head Bridge" and this caused a lot of traffic within the area.

Though the reason for the closure was not communicated to the public, a source told "NAN" that the action followed the alleged killing of some military personnel at Ihiala area by hoodlums on 29th May. 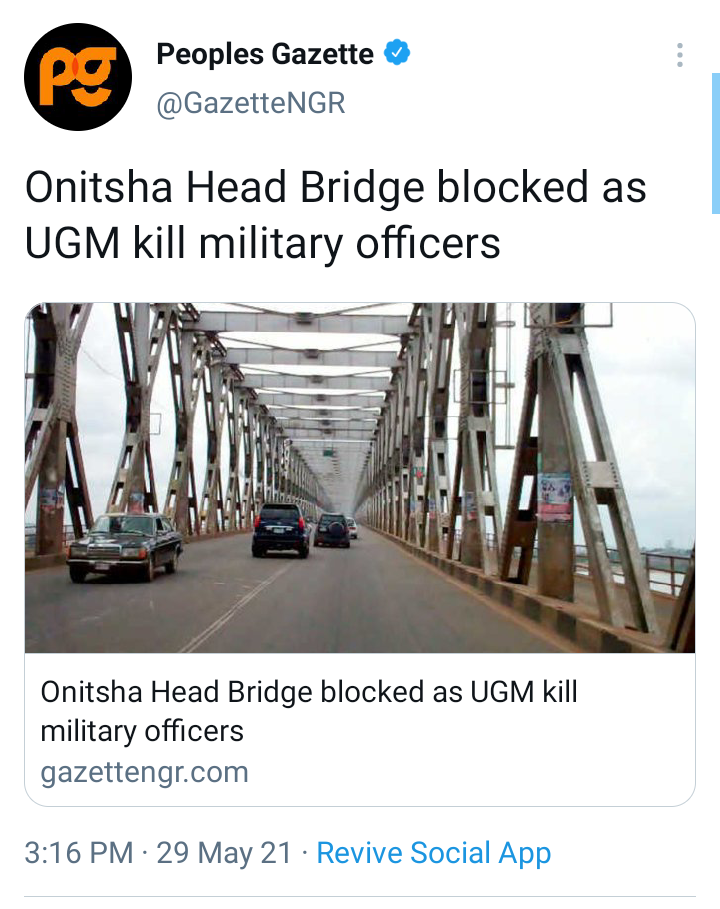 The blockage ruptured newspaper distribution across Anambra on Saturday as vehicles conveying copies from Lagos were held in the melee. 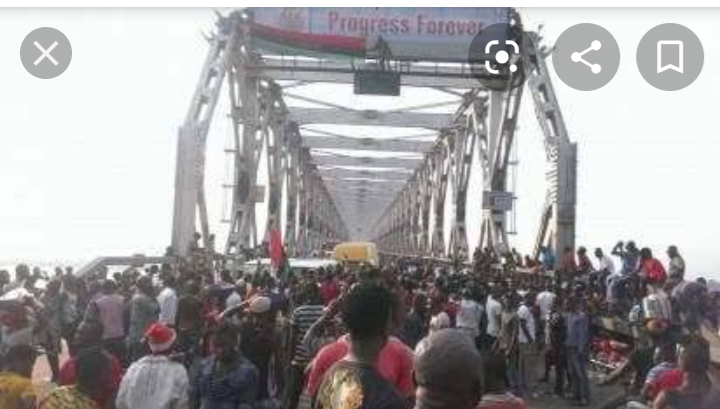 Vendors in Akwa, the Anambra capital decried over the recent incident.

Nneka Okoye, a vendor at Aroma junction in Awka said that the situation totally dislodged them from business.

Recently, Pastor Osagie Ize-Iyamu (The governorship candidate of APC in Edo state governorship election) called on members of‎ APC in the state to come together in order to reorganise and position the party to win elections again. 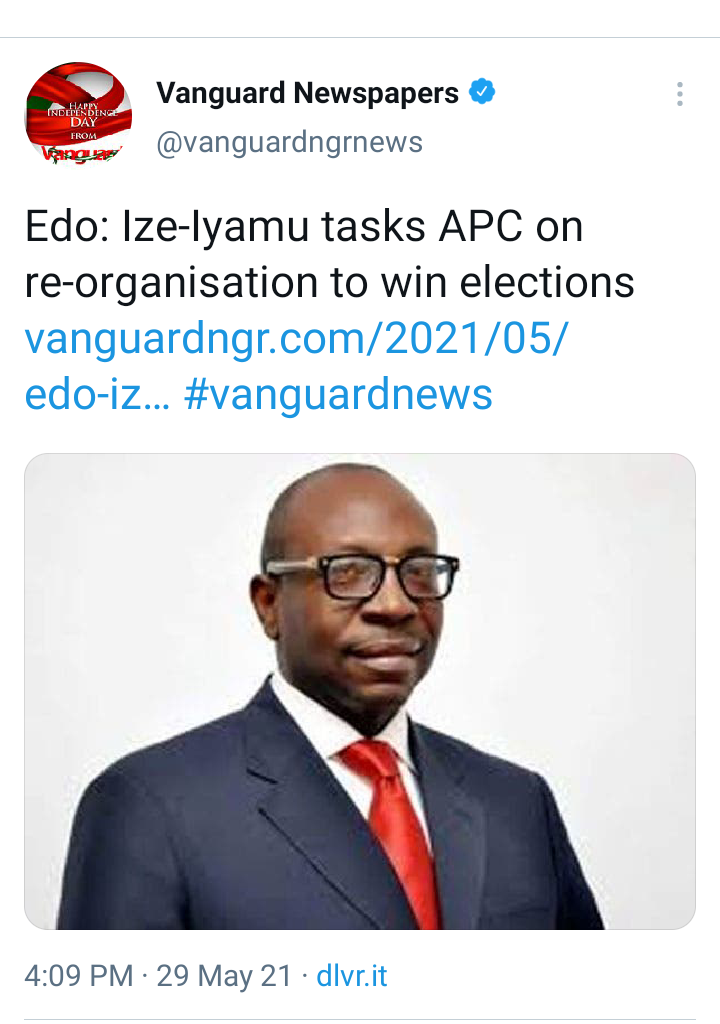 In a statement issued yesterday while reacting to the judgment of the Supreme Court that affirmed the election of Governor Godwin Obaseki, Ize-Iyamu said that the Supreme Court by its judgment brought to an end their struggle for the office of the governor in Edo State. 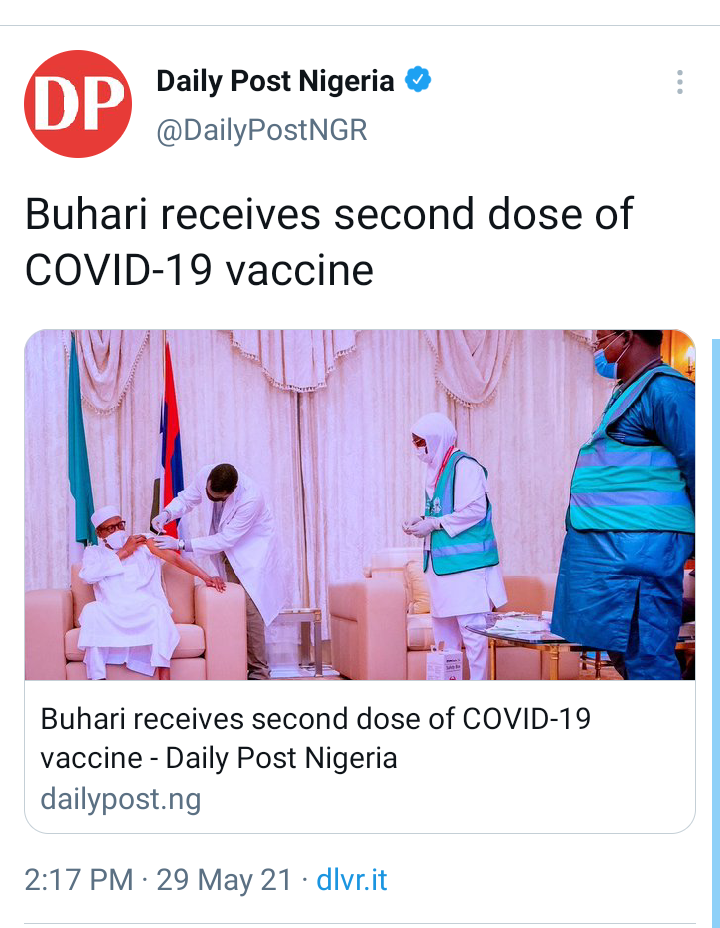 According to the tweet, the vaccination took place on Saturday at the presidential villa.

The Principal of Government Day Secondary School at Ruma in Batsari Local Government Area of Katsina State has reportedly been kidnapped by hoodlums. 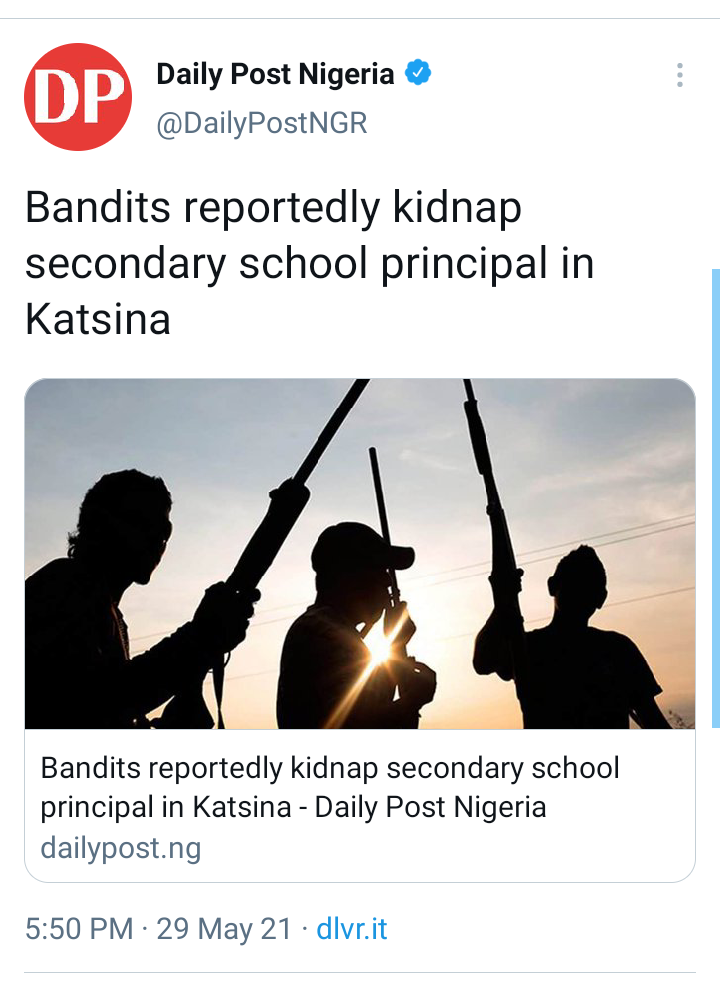 According to some reports, Malam Sani Sa’idu was allegedly kidnapped on Friday after school hours around Ruma-Batsari road.

The Principal’s motorcycle was discovered by the roadside along Ruma-Batsari road after the purported abduction.